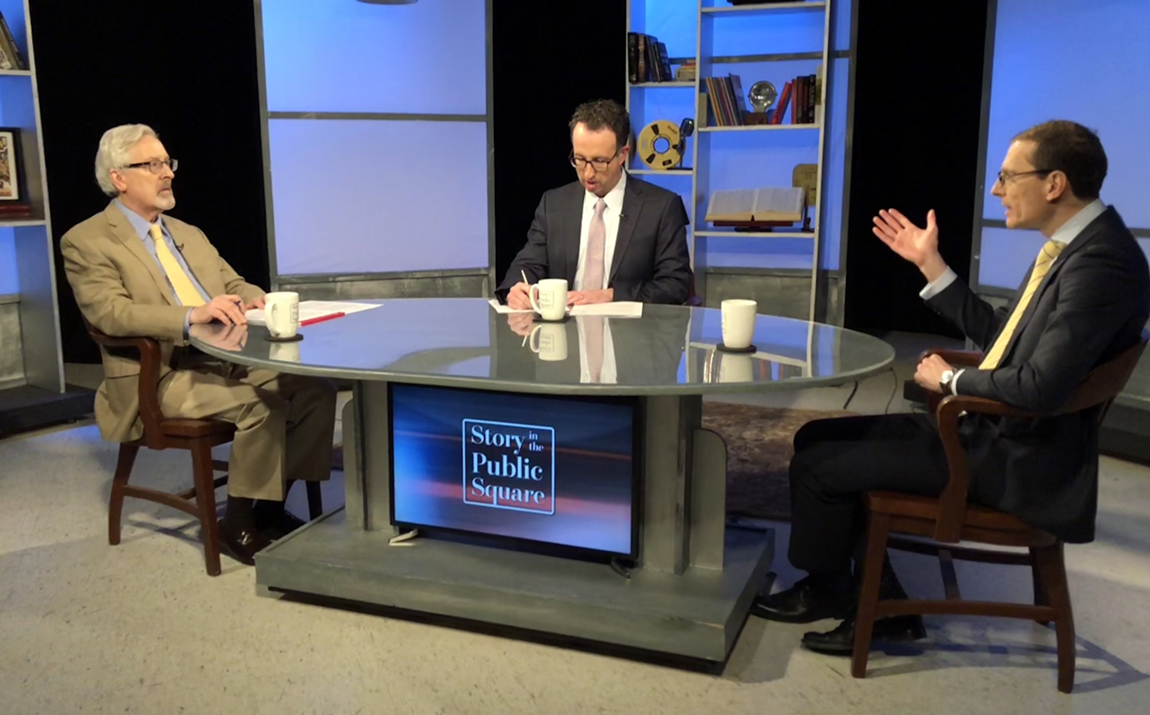 This show—Story in the Public Square—is built on one central insight: that stories have the power to change the world. Martin Puchner is a scholar of the impact stories have had on minds around the world, and on human history itself.

Puchner is the Byron and Anita Wien Professor of English and Comparative Literature at Harvard University. He is also a prize-winning author, educator, public speaker, and institution builder in the arts and humanities. Puchner’s writing, which include a dozen books and anthologies and over sixty articles and essays, range from philosophy and theater to world literature and have been translated into many languages. Through his best-selling Norton Anthology of World Literature and his HarvardX course, Masterpieces of World Literature, he has brought four thousand years of literature to audiences across the globe. In hundreds of lectures and workshops from the Arctic Circle to Brazil and from the Middle East to China, he has advocated for the arts and humanities in a changing world.

At Harvard, he has instituted these ideas in a new program in theater, dance and media as well as in the Mellon School of Theater and Performance Research. A native of Germany, he spent summers in high school in England and the U.S. and has lived in the U.S.

His latest book is The Written World: The Power of Stories to Shape People, History, Civilization, from Random House. It won advanced praise from Margaret Atwood, and Publishers Weekly called it “A gripping intellectual odyssey.” And many other publications around the globe praised it, too.