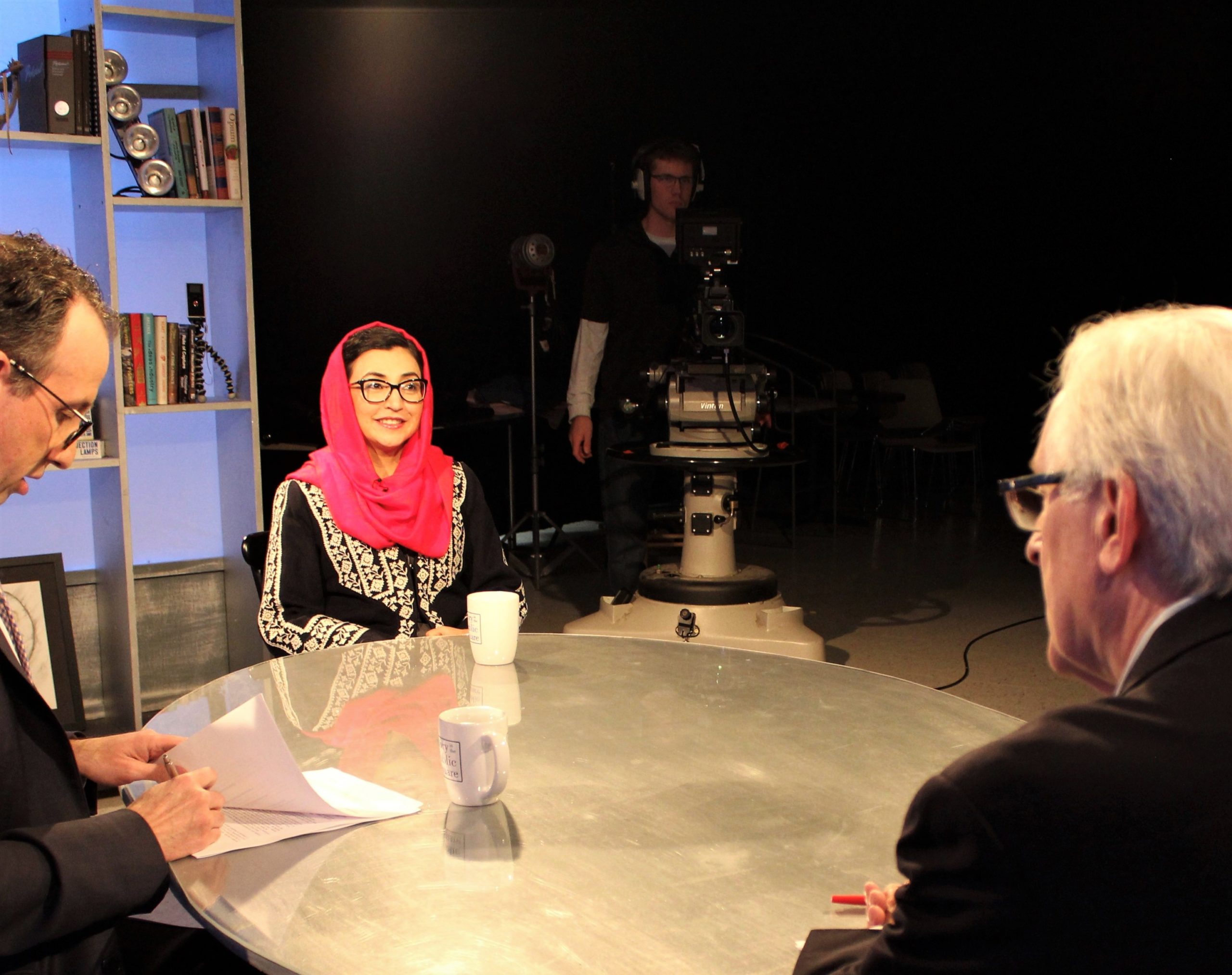 Afghanistan is known to most Americans as the site of America’s longest war.  Since 2001, the United States has sent hundreds of thousands of its sons and daughters to fight extremists and hunt down the perpetrators of 9/11.  But Afghanistan is more than the war. Ambassador Adela Raz has a unique perspective on her country’s rich history and insights about its future.

Adela Raz is the Ambassador of Afghanistan to the United States.  She is also the designated non-resident Ambassador to Argentina, Mexico, the Dominican Republic, and Colombia.  She previously served as Afghanistan’s first female Permanent Representative and Ambassador to the United Nations from December 2018 until July 2021.  Raz was the Vice President of the 75th session of the General Assembly and was appointed by the President of the General Assembly to serve as the General Assembly’s co-coordinator on COVID-19-related initiatives.  In 2013, Raz was appointed as the first female Deputy Spokesperson and Director of Communication for President Karzai just after working with an international development organization in the United States.  She then became the Chief of Staff at the President’s Administrative Office in November 2014, and was appointed as Deputy Minister for Economic Cooperation at the Ministry of Foreign Affairs in March 2016.

On this episode of “Story in the Public Square,” Jim Ludes asks Raz if there was one thing about Afghanistan she would want the American public to know.  She describes how hopeful she is about Afghanistan’s future and she would “humbly ask [Americans] to not doubt [their] investment,” as American involvement in Afghanistan has brought a lot of good to the country.

“Story in the Public Square” continues to broadcast each week on public television stations across the United States. A full listing of the national television distribution is available at this link.  In Rhode Island and southeastern New England, the show is broadcast on Rhode Island PBS on Sundays at 11 a.m. and is rebroadcast Thursdays at 7:30 p.m. An audio version of the program airs Saturdays at 8:30 a.m., 4:30 p.m. and 10:30 p.m. ET, and Sundays at 2:30 p.m., 10:30 p.m. and 2:30 a.m. ET on SiriusXM’s popular P.O.T.U.S. (Politics of the United States), channel 124.  “Story in the Public Square” is a partnership between the Pell Center and The Providence Journal. The initiative aims to study, celebrate and tell stories that matter.