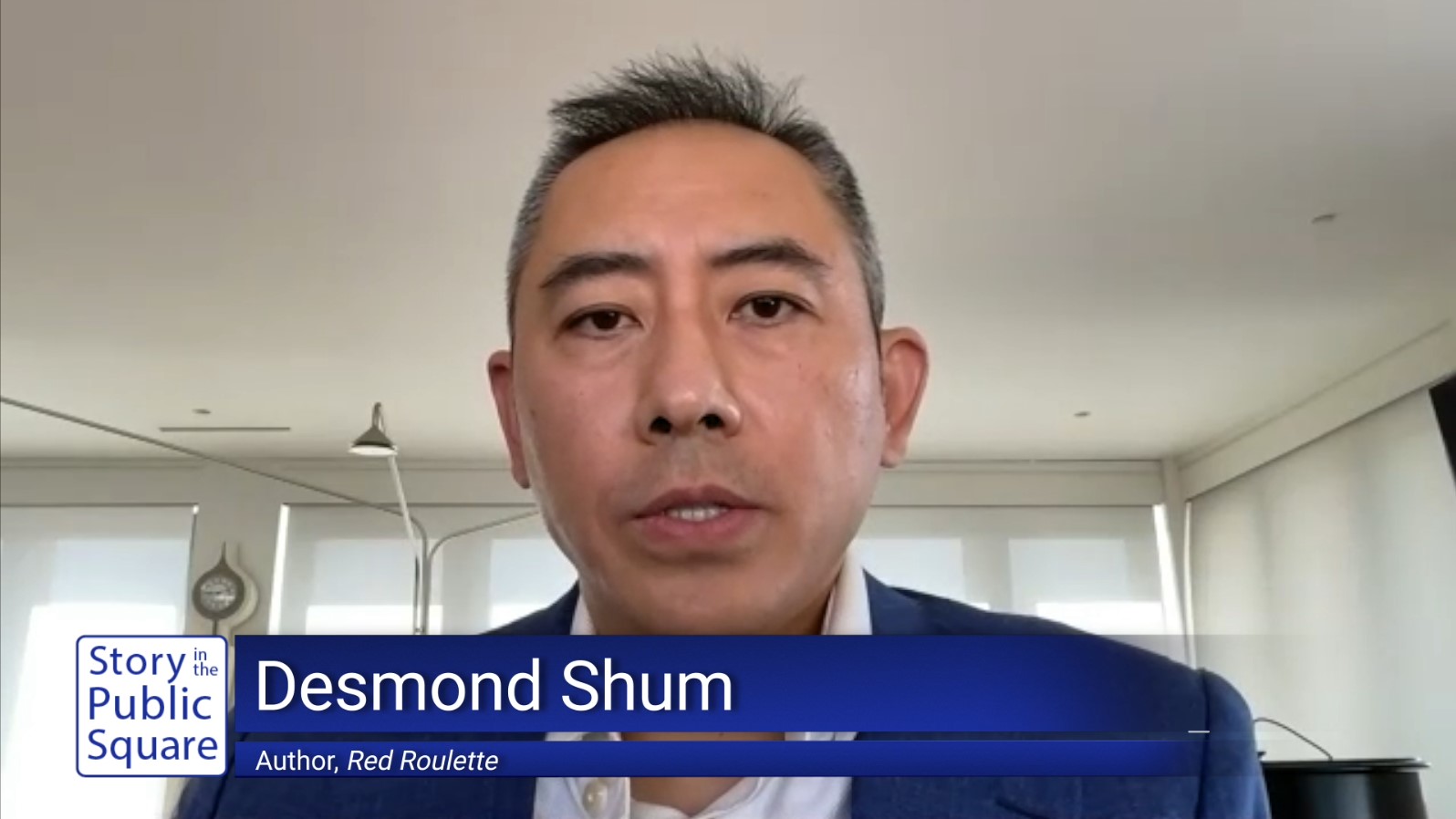 There is a contradiction inherent in today’s China.  The Chinese Communist Party wields total control over the politics of the land, but the state also celebrates and encourages private wealth.  Desmond Shum offers an insider’s account of wealth, power, corruption, and vengeance in today’s China.

Shum was born in Shanghai and raised in Hong Kong and developed the largest air cargo logistics facility in China, the Beijing Airport Cargo Terminal.  He also led the development of the Bulgari Hotel in Beijing.  Since the early 2000s, Shum was an early pioneer of philanthropy in China, gifting extensively both domestically and internationally.  Desmond holds a bachelor’s degree in Finance and Accounting from the University of Wisconsin-Madison and is a graduate of the joint-EMBA program of Northwestern University and the Hong Kong University of Science and Technology.

On this episode of “Story in the Public Square,” Shum discusses his new memoir, “Red Roulette: An Insider’s Story of Wealth, Power, Corruption, and Vengeance in Today’s China.”  He says seeing what the communist party is doing in Hong Kong and seeing young people protest and demand their freedom motivated him to tell his story.