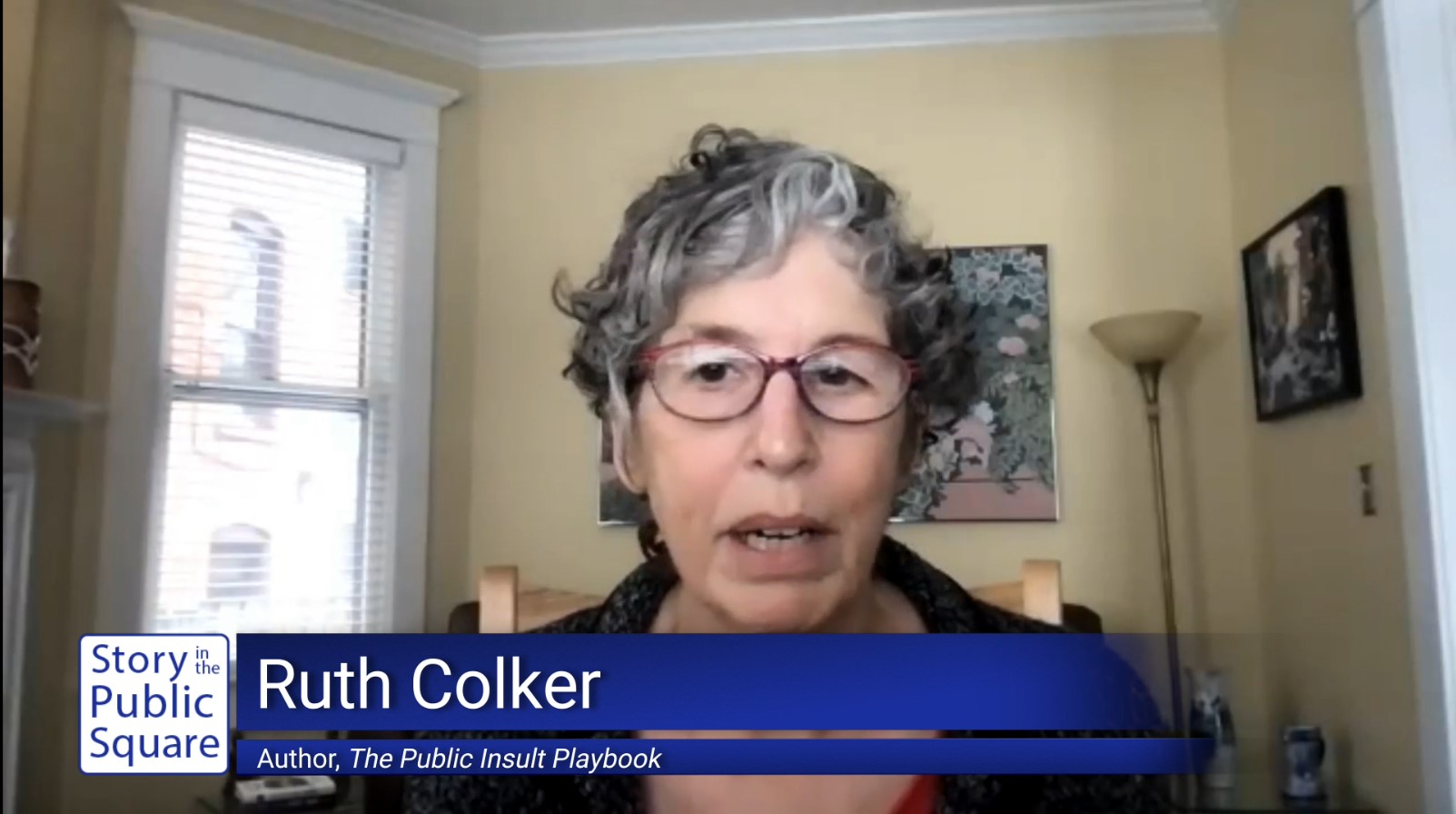 It’s one thing to say that politics has always been a tough business, but it’s another to confront the reality that public insults have become more frequent, more intense, and more personal.  Ruth Colker explains this is not an accident, but often part of intentional efforts to hijack public issues.

Colker is a leading scholar in the areas of Constitutional Law and Disability Discrimination and currently serves as the Heck Faust Memorial Chair in Constitutional Law at the Moritz College of Law at the Ohio State University.  She is an award-winning author of 16 books and has published more than 50 articles in law journals including the “Boston University Law Review,” “Columbia Law Journal,” “Georgetown Law Journal,” “Harvard Law Review,” “Michigan Law Journal,” “University of Pennsylvania Law Review,” “University of Virginia Law Review” and “Yale Law Journal.  Her work has been cited by the United States Supreme Court in Tennessee v. Lane, 541 U.S. 509, 527 n.15 (2004), which cited Colker and Milani, “The Post-Garrett World: Insufficient State Protection Against Disability Discrimination,” 53 Ala. L. Rev. 1075 (2002).  In 2014, she was appointed as a disability expert to help resolve a consent decree between the United States Department of Justice and the Law School Admissions Council.  Her work helped change the way the LSAC determines whether applicants are entitled to testing accommodations on the LSAT.  She has also served on the National Board of the ACLU since 2013.  Colker is also an innovator in the classroom and has studied the effectiveness of an ungraded formative assessment in first-year classes.  Before joining the faculty at Ohio State, Colker taught at Tulane University, the University of Toronto, the University of Pittsburgh, and in the Women’s Studies graduate program at George Washington University.  She also spent four years working as a trial attorney in the Civil Rights Division of the United States Department of Justice, where she received two awards for outstanding performance.

On this episode of “Story in the Public Square,” Colker discusses her book, “The Public Insult Playbook: How Abusers in Power Undermine Civil Rights Reform,” the impact those in power continue to have on the vulnerable populations in our community and their influence on our political discourse and policies in the United States.