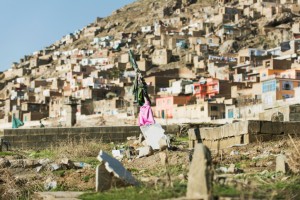 Dedication proves necessary for any gain, especially in times of war.  In success, the dedicated frequently find glory, yet often at the price of tragedy.  As told in a Fox News story, Hannelie Groenewald, a South African doctor stationed in Kabul, dedicates herself to her work so passionately that she remains in Kabul, even after the death of her family.  The Taliban killed her family in Kabul, and among the family were Groenewald’s husband and two teenage children.  As her deceased family returns back to South Africa for the burial services, Groenewald remains in Afghanistan to continue her family’s work in hospitals, and continue serving others.

The terror attacks in Afghanistan, specifically the suicide attacks are an increasing problem.  According to Fox News, Kabul recently suffered eight suicide attacks.  These attacks further push Afghanistan to strengthen their defense and security, and much of the aggression presumably arose after the US and NATO pull out of forces.  As a course of action, President Ashraf Ghani, Washington and NATO have made agreements on the placement of troops in Afghanistan for 2015.

As for now, Afghanistan continues a fight against terror on their own turf.  Until warfare can wipe out such terror, the national and individual fight endures.  Individuals such as Hannelie Groenewald continue to dedicate themselves to providing help and hope.  A group called the Partners in Academics and Development commented on the tragic event and those who remain to live in its aftermath:  “Their selfless sacrifice for the people of Afghanistan is an inspiration to all.”