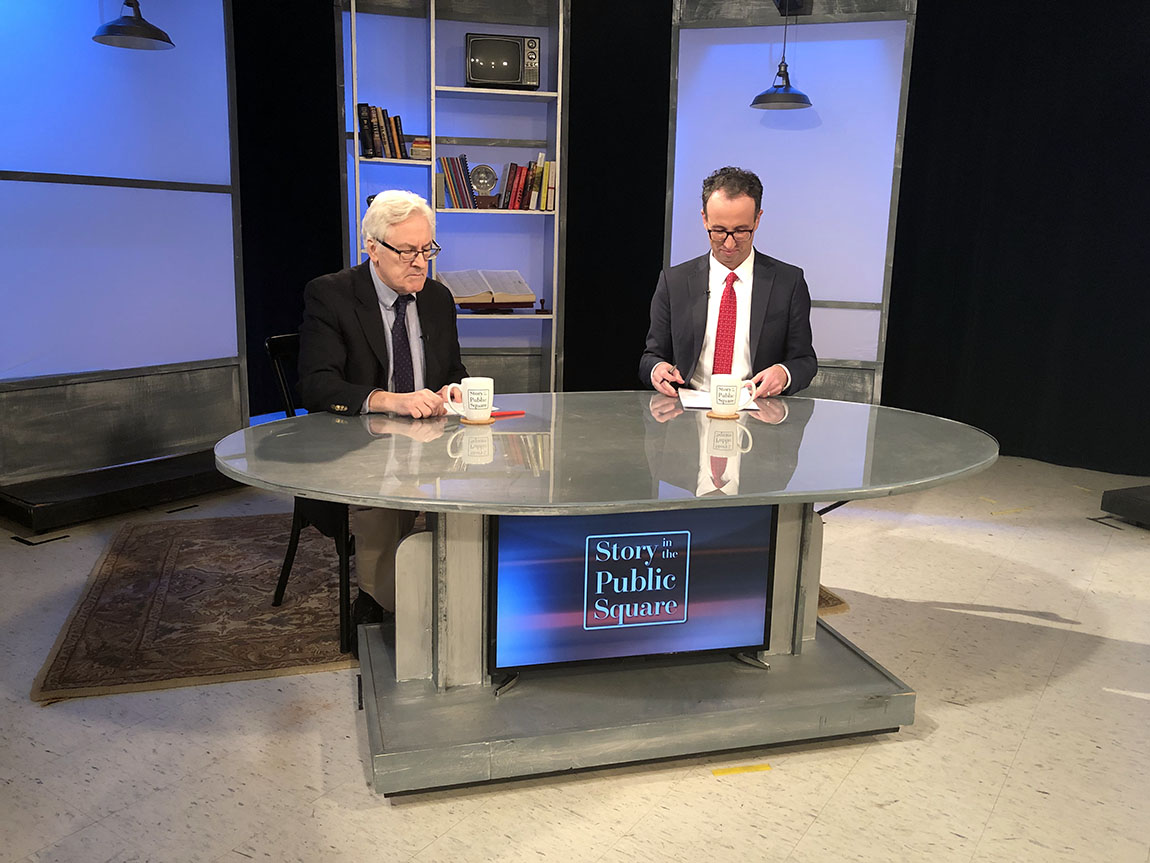 Every December since 2013, the Pell Center at Salve Regina University has named a “Story of the Year,” the most important narrative in the public life of the United States in the preceding 12 months.

Since June 1, 2018, we have asked guests what they thought the top story would be, so some of their answers were speculative. In this episode we hear from past guests such as Caroline Orr, Twitter sensation and behavioral scientist; Mark Blyth, author and Professor of Political Economy at Brown University; Sister Helen Prejean, anti-death penalty activist and author; Korsha Wilson, food writer and host of the podcast A Hungry Society; and many more on their top picks. The theme that resonated throughout their answers is what informed the decision, by hosts Jim Ludes and G. Wayne Miller, for the Story of the Year which is: The Battle for Truth.

“2018 has been a year of disputed realities. The president of the United States used his bully pulpit to attack any source of information that might be critical of him, from news outlets and individual journalists to Special Prosecutor Robert Mueller, social media and even internet search engines. In the midst of those attacks on the truth, 2018 was witness to continued foreign efforts to manipulate our information eco-system, including social media.” said co-host Jim Ludes. “But by the end of 2018, the battle was joined. Courageous journalists in the United States and around the world shined a light into dark places-some paying a horrible price for their courage. The Mueller investigation scored guilty pleas and indictments of nearly three dozen individuals-exposing the deceit at the heart of those who characterize the investigation as a “witch hunt.” Finally, the change in power in the House of Representatives promises meaningful congressional oversight-oversight that is part of the U.S. Constitutional system and central to the effective functioning of our government. None of these developments guarantee that the truth will prevail-but the battle is joined and the stakes are immense.”

“A variety of individuals, organizations, foreign nations and others with ill intent during 2017 and before conducted an aggressive campaign to discredit the work and reputations of many impeccably credible scientists, analysts, political leaders, scholars, journalists and other experts and professionals committed to knowledge, facts and truths.” said co-host G. Wayne Miller. “Some of these truth-tellers were demoralized or decided to withdraw from the public discourse. But 2018 brought a spirited battle to counter the lies, disinformation and nonsense that are such a blow against the common good. The Founders, who made the First Amendment first, would be proud.”