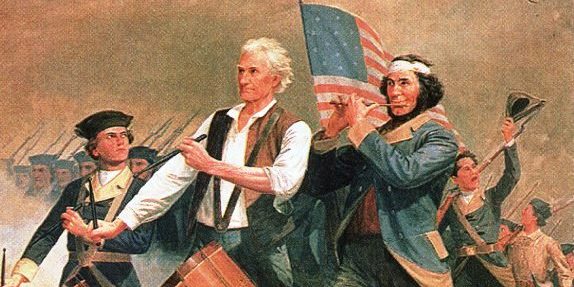 Each year, in my “day-job,” I’m responsible for organizing a speaker series that brings compelling speakers—scholars, journalists, filmmakers, and more—to campus to share their insights with our students and with our community.  We kicked-off the fall series on Tuesday night with a Constitution Day lecture on American democracy and the authoritarian tradition of the west.  We had about 150 people in the room—a mixture of students and faculty and community members.  The speaker was my favorite professor from my undergraduate days who wrote a book on the very question.  This was an old-school lecture: no power point, no video, just an elegant discussion of the history of ideas, the enlightenment, democracy, republicanism, and their reception in America and in Europe from the development of British colonies in the New World until today.

I love these events—and especially the question and answer session that typically concludes the night.  I think for everyone—even the speaker—that’s the most interesting part of the event: the back and forth, unscripted exchanges between curious audience members—who are often accomplished thinkers in their own right—and speakers willing to have their arguments inspected and challenged in front of a room of people.  This is the best of the academy as a public forum and I know I’m privileged to make a living doing this kind of work.

After the event on Tuesday, however, an audience member—an older gentleman—came up to me.  He introduced himself and asked me a pointed question about money in elections.  I answered him honestly and that seemed like a relief to him.  He told me that he had wanted to ask a pointed question of the speaker but was worried the room would have booed him. I told him that next time he should ask his question and if the audience boos, I’d have his back.

But the more I’ve thought about that exchange, the more frustrated I’ve become, because it reflects the toxins that permeate our politics today. A university forum should be the safest of places for anyone to ask serious questions.  No one should feel silenced by the unspoken bias of the other audience members.  No one should feel like a respectful question can’t be asked. Yet, this is where we are.

For decades, the way we talk about people who have different political views than our own has grown coarser and coarser.  Everytime we call our political rivals “idiots,” or demean their intelligence or patriotism because they differ with us on policy issues, we raise the level of toxicity in our political culture.  That undermines the trust needed to govern, the confidence the public has in their free institutions, and the example we set for the rest of the world.

More ominously, that same contempt for our political opposites—and contempt is precisely the word—is what animated the performance of President Trump’s campaign manager Corey Lewandowski before the House judiciary committee on Tuesday.  He has no respect for Congress, an attitude that is encouraged time and again by the president and his White House—and it’s evidenced in everything from the administration’s refusal to submit to traditional congressional oversight to, now, the thwarting of this mind-blowing whistleblower case involving, reportedly, a promise the president made to a foreign leader.

The founders of this republic worried openly about the dangers of faction—loyalty to a subgroup smaller than the nation.  They didn’t imagine political parties as part of the American republic because they are examples of faction.  They believed that our loyalty must be to the nation, first, above all else.  That means loyalty to our Constitution, our laws, the norms that have developed over 230 years of practice, and to the structures of our government—including co-equal branches of government.