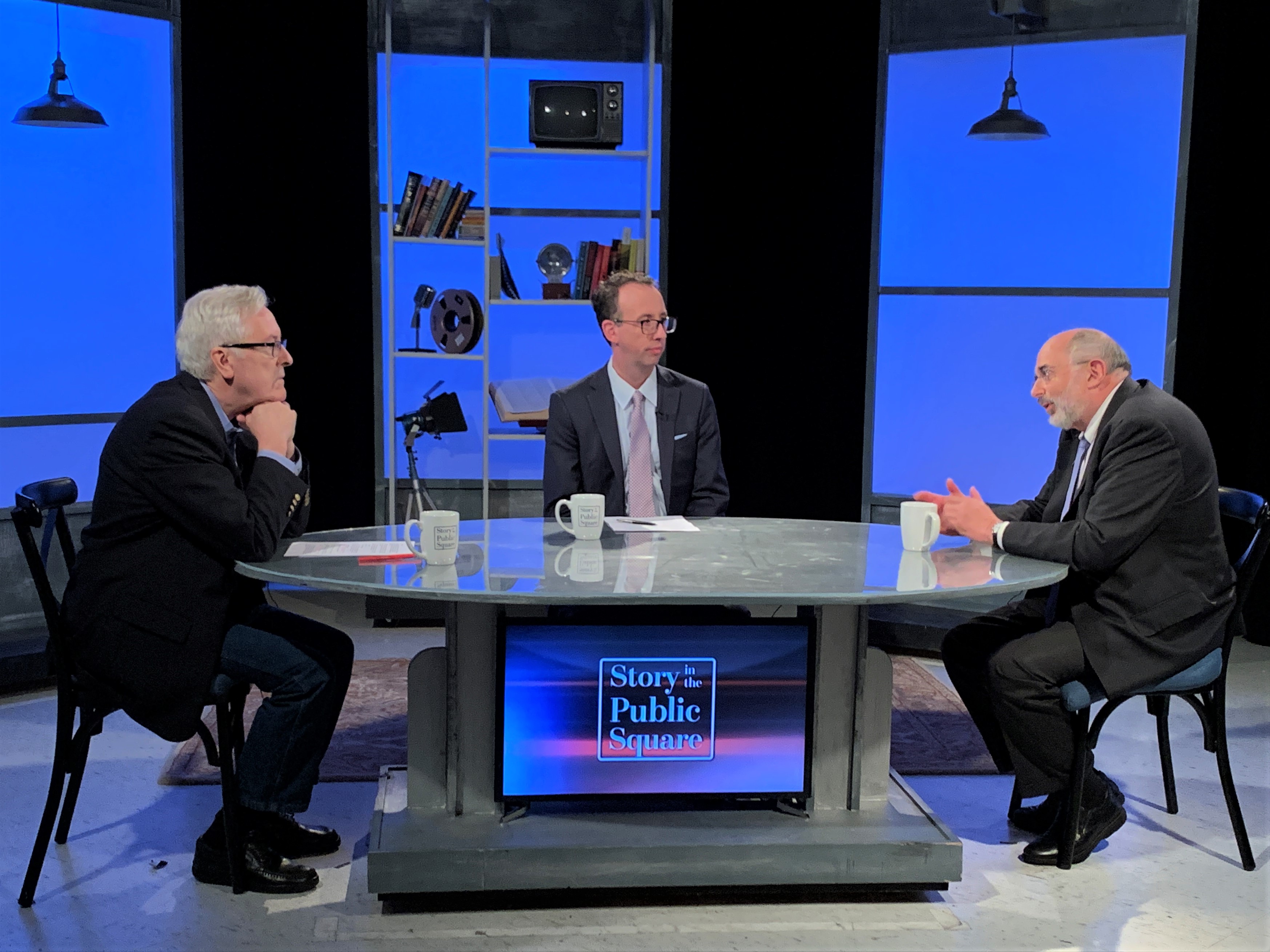 The political debate over healthcare in the United States seems cyclical—it rises and falls with America’s political calendar.  Dr. Michael Fine argues that for patients and caregivers, issues like cost, access, and outcomes are real, they are present, and they often have life-and-death consequences.

A former director of the Rhode Island Department of Health, Fine has been a writer, community organizer, family physician and public health official for more than 40 years. In addition to his book, Health Care Revolt: How to Organize, Build a Health Care System, and Resuscitate Democracy―All at the Same Time, he has published widely in the medical literature, mostly about health policy.  He also served as a medical officer in Kenya and worked as a volunteer during the Liberian Civil War, the subject of Abundance, his first novel.

In this episode of “Story in the Public Square,” co-host Jim Ludes asks Fine how the American healthcare experience compares to others in the world.  Fine says, “America is the outlier…we spend more than anyone else and twice as much as the average of other industrialized countries and 60 percent more than countries with the best health outcomes.”