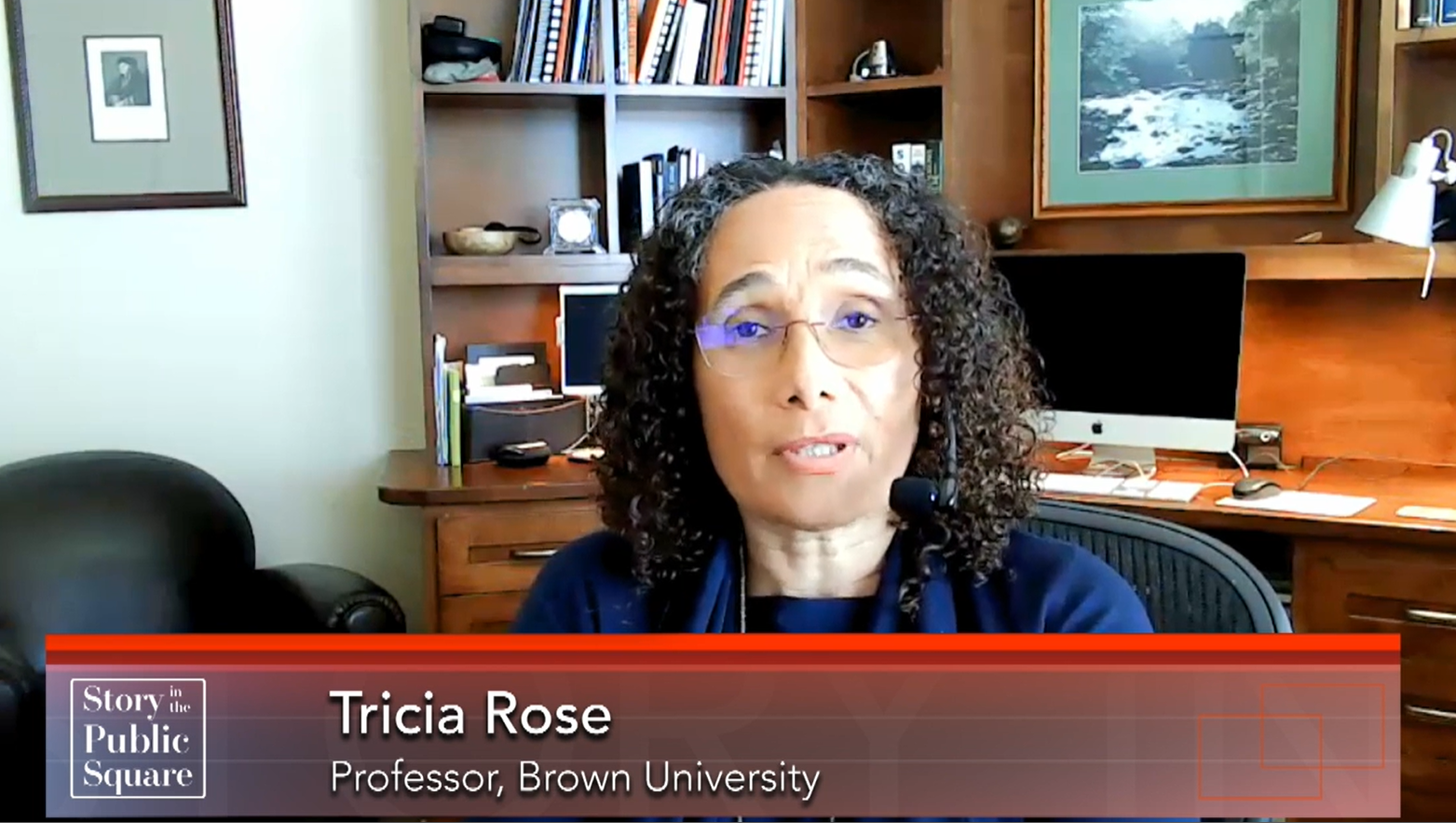 Americans took to the streets after the murder of George Floyd, rejecting racism in all its forms. Tricia Rose explains that structural racism has a long history in the United States—and so do the efforts to combat it.

Rose is Director of the Center for the Study of Race and Ethnicity in America at Brown University. She also holds the Chancellor’s Professorship of Africana Studies and serves as the Associate Dean of the Faculty for Special Initiatives. A graduate of Yale and Brown University, Rose authored “Black Noise: Rap Music and Black Culture in Contemporary America,” “Longing to Tell: Black Women Talk about Sexuality and Intimacy,” and “The Hip Hop Wars: What We Talk About When We Talk About Hip Hop and Why It Matters.” She sits on the Boards of the Nathan Cummings Foundation, Color of Change, and Black Girls Rock, Inc.. Focusing on issues related to race in America, mass media, structural inequality, popular culture, gender and sexuality and art and social justice, Rose engages widely in scholarly and popular audience settings. She co-hosts the weekly “The Tight Rope” podcast with Dr. Cornel West, covering a range of topics from pop culture and art and music, to the contours of systemic racism, philosophy, the power of Socratic self-examination.

On this episode of “Story in the Public Square,” Rose distinguishes between different categories of racism. When referring to systemic, structural racism specifically, she says the vast network of institutions involved creates “a systemic set of forces that produce chronic and adverse outcomes for people of color.” She adds that its systemic nature means “it is not easily resolved by simply fixing one area or fixing a few areas at once in a short-term period of time.”