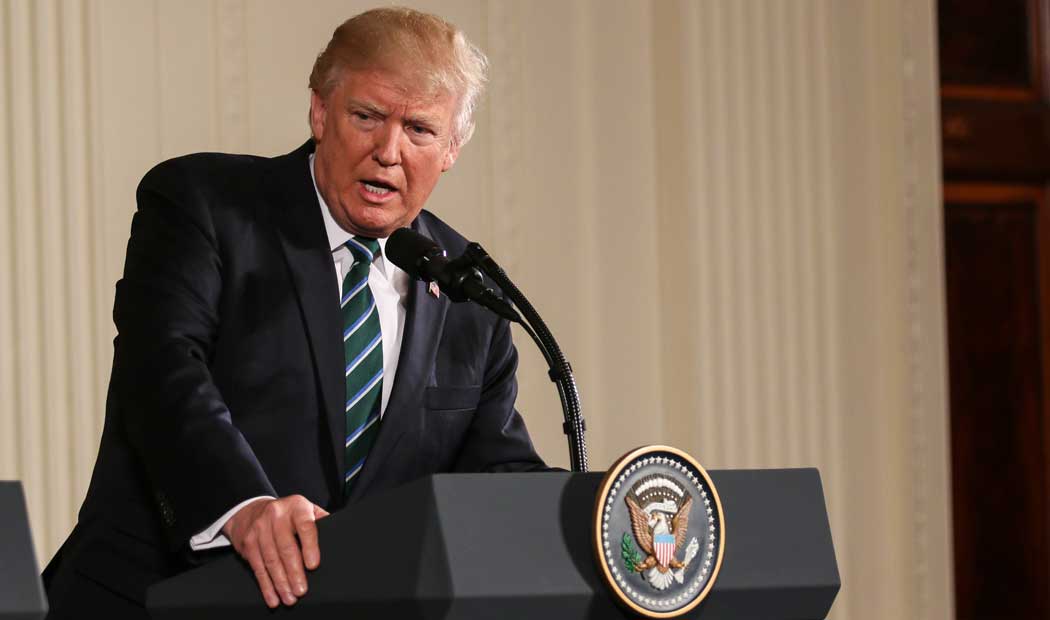 Trump Wants it Known: Grading 100 Days is ‘Ridiculous’ (but His Were the Best) | The New York Times

As President Donald Trump reaches the 100th day of his presidency, the media is obsessed with assessing what the real estate tycoon has done. It’s not surprising. In his first 100 days, President Franklin Roosevelt fashioned a response to the Great Depression and since then, candidates and pundits have looked to the milestone as a natural moment to pause and reflect on the first months of an administration and to speculate on the shape of things to come. Not surprisingly, most of the analyses of President Trump’s first 100 days are focused on measuring him against the legislative accomplishments he promised to achieve as a candidate.  Observers are holding him to account against his own promises—and while that’s interesting, it may also be irrelevant.

The record of the first 100 days of the Trump administration cannot be judged by the bills passed or the executive orders signed. The measure of this first 100 days is best found in the things that have changed in our republic, the norms that his administration has breached, and the unprecedented things he or his team have tried to do or actually done. The list is long.

Public ethics are under assault. The president failed to divest himself of his financial holdings. He continues to profit from businesses that stand to benefit from his service as president—meaning that Donald Trump himself is benefiting financially from his service as president.  His private golf club in Florida raised its annual membership fee from $100,000 to $200,000 just prior to the inauguration.  The President has thus far visited one of his properties every week since he became president, whether his hotel in Washington, his golf course in Virginia, or Mar-a-lago in Florida.  In doing so, he’s providing free advertising for these privately owned businesses at considerable public expense. In addition, the president has hired his daughter Ivanka and her husband Jared Kushner, neither of whom has divested from their business interests.  Ivanka, in fact, continues to conduct business while also conducting diplomacy. On the same day she met with Chinese President Xie Jinping, Chinese authorities granted trademarks to her business operating in China. It is unclear if those events were related or coincidental, but it’s also irrelevant because the appearance of impropriety is troubling on its own.

The truth is under assault. As a candidate, Donald Trump showed a proclivity for big claims that were often disconnected from reality—if not patently offensive. As President of the United States, Trump has continued to struggle with the truth.  He alleged that massive voter fraud was to blame for his loss in the popular vote. He constantly overstates the scale of his Electoral College victory. He slams CNN, The New York Times, and The Washington Post, regularly, for conveying what he deems “fake news,” even though he personally created media frenzies around fake news claims that Barack Obama spied on him; that Susan Rice spied on him; and that Sweden is a lawless land overtaken by Muslim immigrants. Prior to January 20, 2017, the United States government, over successive Democratic and Republican administrations, stood for transparency and a free press around the world. In Trump’s Washington, the State Department suspended its daily briefing, the White House does not release visitor logs, and the President attacks the press as the “enemy of the American people.” The result, according to a new poll from The Washington Post-ABC News poll, is that 52% of Americans believe that “mainstream news organizations regularly produce false stories.” Accepted truth is essential to the effective functioning of any democracy.  In Trump’s first 100 days, the assault on independent journalism is taking a substantial toll.

Corporate interests are ascendant in Trump’s America. As a candidate, Donald Trump warned that his rival, Secretary of State Hillary Clinton, was too beholden to Wall Street bankers. Now, one of the dominant factions in his White House is led by former executives at Goldman Sachs. Perhaps it’s not a coincidence then that one of President Trump’s first executive orders rolled back protections under Dodd-Frank; or that his recently released tax proposal would reduce corporate taxes to 15%. And with corporate interests being so well served, it’s perhaps not surprising that the FCC is pushing to do-away with the Obama administration rule to protect so-called “net-neutrality”—the idea that all traffic should have the same access to the Internet. Under the new administration, reports indicate the FCC will allow companies to charge for faster access to the Internet.

Perhaps most alarming, however, has been the attack on America’s institutions. It appears that the White House conspired with Chairman Devin Nunes of the House Select Committee on Intelligence to engineer a distraction in the face of difficult testimony from FBI Director James Comey. In doing so, Nunes—who has since recused himself from the investigation of Russia’s meddling in the November election—was complicit in weakening the independence of Congress. The chairman conspired with the White House, misled his colleagues in the House, and impugned the constitutional independence of the legislative branch.  At the same time, Trump has attacked the independence of the judiciary—a sacred feature of American democracy. Both the president and his attorney general have challenged the validity of court orders that rebuke some of Trump’s most controversial measures affecting immigration and sanctuary cities. President Trump has gone so far as to suggest that he’ll break up the 9th Circuit Court because of its rulings against him.

At the core of President Trump’s disputes with the courts are essential American values: due process; the rule of law; the separation of powers; and non-discrimination, among them. Around the world, too, President Trump seems to be turning his back on American values by de-funding the Office of Global Women’s Issues; praising the flawed vote granting more power to Turkey’s President Recep Tayyip Erdogan; and attacking the free American press.

More fundamentally, the president seems intent on restructuring the international system, replacing globalization and collaboration with what appears to be 19th century nationalism. The president in his first week in office withdrew the United States from the trans-Pacific Partnership, a wide-ranging trade deal intended to cement American leadership in Asia in the next century. The president’s hostility to trade deals was well documented during the campaign: now it’s being made real, with further word that President Trump intends to renegotiate the North American Free Trade Agreement. Almost seeming to anticipate it, the president raised the stakes against Canada earlier this week by slapping a 20% tariff on the import of Canadian softwood lumber.  Even more problematic, President Trump reportedly got into a heated discussion with his Australian counterpart; mocked Angela Merkel by presenting her a bill for NATO’s protection; and appears to have taken sides in the French election calling far-right candidate Marine Le Pen the “strongest candidate.”

Finally, as the president’s chief strategist Steve Bannon put it, the Trump administration is attempting to deconstruct the modern administrative state. Put another way, the Trump administration seeks to roll back a century’s worth of progressive governing. Killing Obamacare is part of that agenda, as is slashing by one-third the funding for the Environmental Protection Agency, lifting restrictions on coal-powered electricity generation, and making sure that there is no way for the United States to meet its obligations under the Paris Climate accord.

The left can’t make up its mind: Trump is either incompetent or an evil genius. He can’t be both. If you believe that government is too big, as Trump claimed in 2015, and that it must be curtailed, then it’s not what you build, it’s not the laws you pass, it’s what you make government capable and incapable of doing. In that spirit, it’s not just what the president builds that’s important: it’s what he destroys, eliminates, and depletes. From that perspective, the first 100 days of the Trump administration have been highly consequential. – Executive Director Jim Ludes