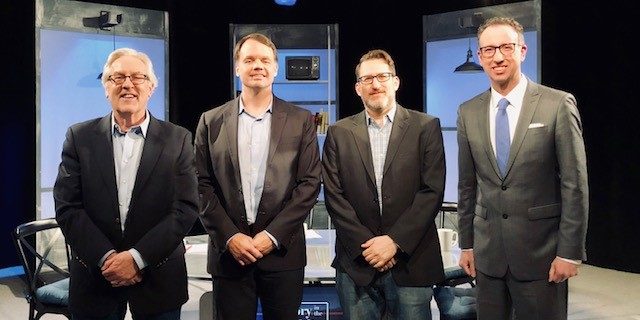 It’s easy to be convinced by talk show hosts, editorial writers, and politicians that American security hangs on the razor’s edge and that the world is more dangerous, now, than it has ever been. Michael Cohen and Micah Zenko remind us that the facts simply don’t match that narrative.  In fact, they tell us, the world has never been better.

Michael A. Cohen, a columnist for the Boston Globe, and Micah Zenko, a columnist for Foreign Policy, have co-authored Clear and Present Safety: The World Has Never been Better and Why that Matters to Americans. It is a bastion of reason and optimism in a world that, for many, feels anything but reasonable or optimistic.

From over-stated warnings about terrorism to the absence of great-power conflict in international relations, the authors take us on a guided tour of what’s right in the world and try to refocus the discussion on challenges closer to home that materially and dramatically affect the safety of Americans—things like gun violence, obesity, and the opioid epidemic.

Story in the Public Square” broadcasts each week on public television stations across the United States. A full listing of the national television distribution is available at this link. In Rhode Island and southeastern New England, the show is broadcast on Rhode Island PBS on Sundays at 11 a.m. and is rebroadcast Thursdays at 7:30 p.m. An audio version of the program airs 8:30 a.m. & 6:30 p.m. ET, Sundays at 4:30 a.m. & 11:30 p.m. ET on SiriusXM’s popular P.O.T.U.S. (Politics of the United States), channel 124. “Story in the Public Square” is a partnership between the Pell Center and The Providence Journal. The initiative aims to study, celebrate and tell stories that matter.