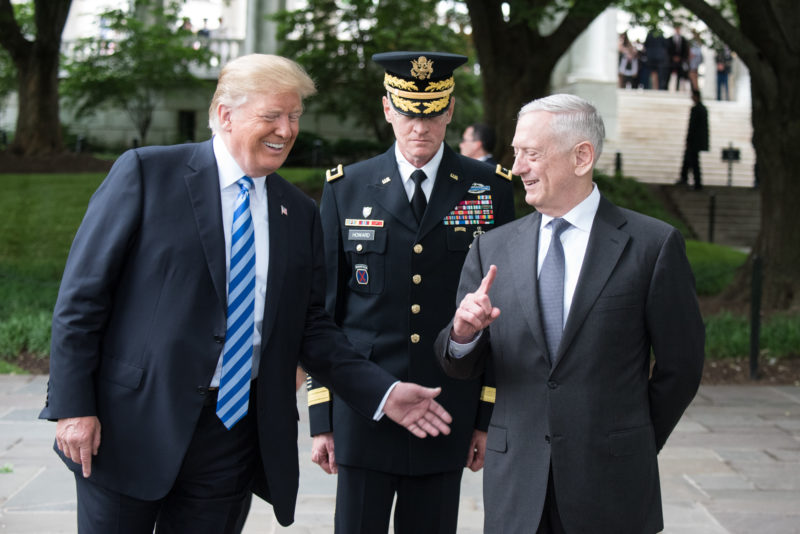 America is on the precipice of a dangerous crisis.  The warnings are being signaled to all of us in public.  If it explodes into view, it’s legacy will cut to the core of what it means to live in a republic, what it means to maintain a standing Army in our nation, and, yet, its importance is under-appreciated by most of us.  Let me explain.

Sunday night was a dangerous and violent night in many American cities.  Peaceful protests of the murder of George Floyd gave way to physical altercations, vandalism, and looting in several cities.  Monday dawned and the president sought to assert his authority amidst the break-down of civil order. Word leaked that the president berated state governors for looking weak in the face of the protests and warning he would send U.S. troops into the streets to restore order.  Secretary of Defense Mark Esper was quoted telling the governors they had to “dominate the battlespace.”

On Monday evening, just before the president spoke in the White House rose garden, uniformed secret service and mounted police drove peaceful protestors from Lafayette Square across Pennsylvania Avenue.  After speaking with the press, President Trump walked across the park for a photo-op in front of St. John’s Episcopal Church.  Secretary of Defense Mark Esper joined him, as did Attorney General William Barr, and other members of the president’s team.

By Monday night, military helicopters were hovering low over protestors in Washington, using the down-wash of their rotors to try to disperse the crowd.  By Tuesday, reports were circulating that elements of the 82nd Airborne and the 91st Military Police Battalion were deployed at military bases in the DC area.

The combination of the threat to turn the U.S. military against U.S. civilian protestors and the scenes from Lafayette Square sparked something among those who have had the highest authority in the U.S. military in the Trump administration and others.  It began with a Tweet just before 7 PM on Monday from former Chairman of the Joint Chiefs of Staff General Martin Demsey, USA.  He wrote, “America is not a battleground. Our fellow citizens are not the enemy.”

On Tuesday, Jim Miller, a former Obama-era defense official, publicly resigned from the Defense Science Board.  In his letter, he cited the oath he took to “support and defend the Constitution of the United States” and Secretary Esper’s characterization of America’s streets as a “battle space.”

Elsewhere, others much closer to the administration sought to distance themselves from rhetoric that risked putting American troops into American streets to fight American citizens.  President Trump’s hand-picked Chairman of the Joint Chiefs of Staff, General Mark A. Milley, USA, reminded the service chiefs and their troops that they swore an oath “to support and defend the Constitution and the values embedded within it,” including the promise that citizens have a right to “freedom of speech and peaceful assembly.”

Also on Tuesday, former Joint Chiefs Chairman Admiral Mike Mullen, USN, wrote powerfully in The Atlantic that “Even admidst the carnage we are witnessing . . . American cities and towns [are] our homes and our neighborhoods. They are not ‘battle spaces’ to be dominated, and must never become so.”

On Wednesday, June 3, Chief of the National Guard Bureau General Joseph L. Lengyel, USAF, expressed his outrage at the death of George Floyd, and the loss of others to “extrajudicial violence.”  He acknowledged America’s painful history on race and urged all citizens to do better.  Then he reminded those who serve in the uniform of this nation that they take “an oath to uphold the Constitution and everything for which it stands.”

Finally, by the end of the day on Wednesday, we were all reading the statement from President Trump’s first Secretary of Defense, retired General James Mattis, USMC. He began by heralding the “tens of thousands of people of conscience who are insisting that we live up to our values. . . as people and . . . as a nation.”  He referred to the oath he took to the U.S. Constitution 50 years ago and admitted that “never did I dream that troops taking that same oath would be ordered under any circumstance to violate the Constitutional rights of their fellow citizens. . . .”  Like others, he repudiated Secretary Esper’s characterization of America’s cities as “battle space” to be dominated.

Taken together, these statements are a stunning rebuke of President Trump and Secretary Esper from a collection of retired civilian and uniformed military leaders.  With one voice, they warn about the dangers of thinking of American citizens as insurgents to be suppressed and American cities as “battle space.”  They remind all of us that we are citizens of a republic who owe our loyalty to our Constitution and the values it enshrines, not to any individual politician.

As inspired and as hopeful as I am that these men, who all committed their lives to service of the United States, spoke out, I am alarmed that they felt compelled to do so in such rapid succession, one after the other.  That is the crisis playing out in these passages. Seasoned American leaders who have been entrusted with the gravest of responsibilities, recognize the peril to our Constitutional form of government and to our republic—not from protesters in the streets, but from the ill-informed, ill-advised, and ill-tempered man in the White House.