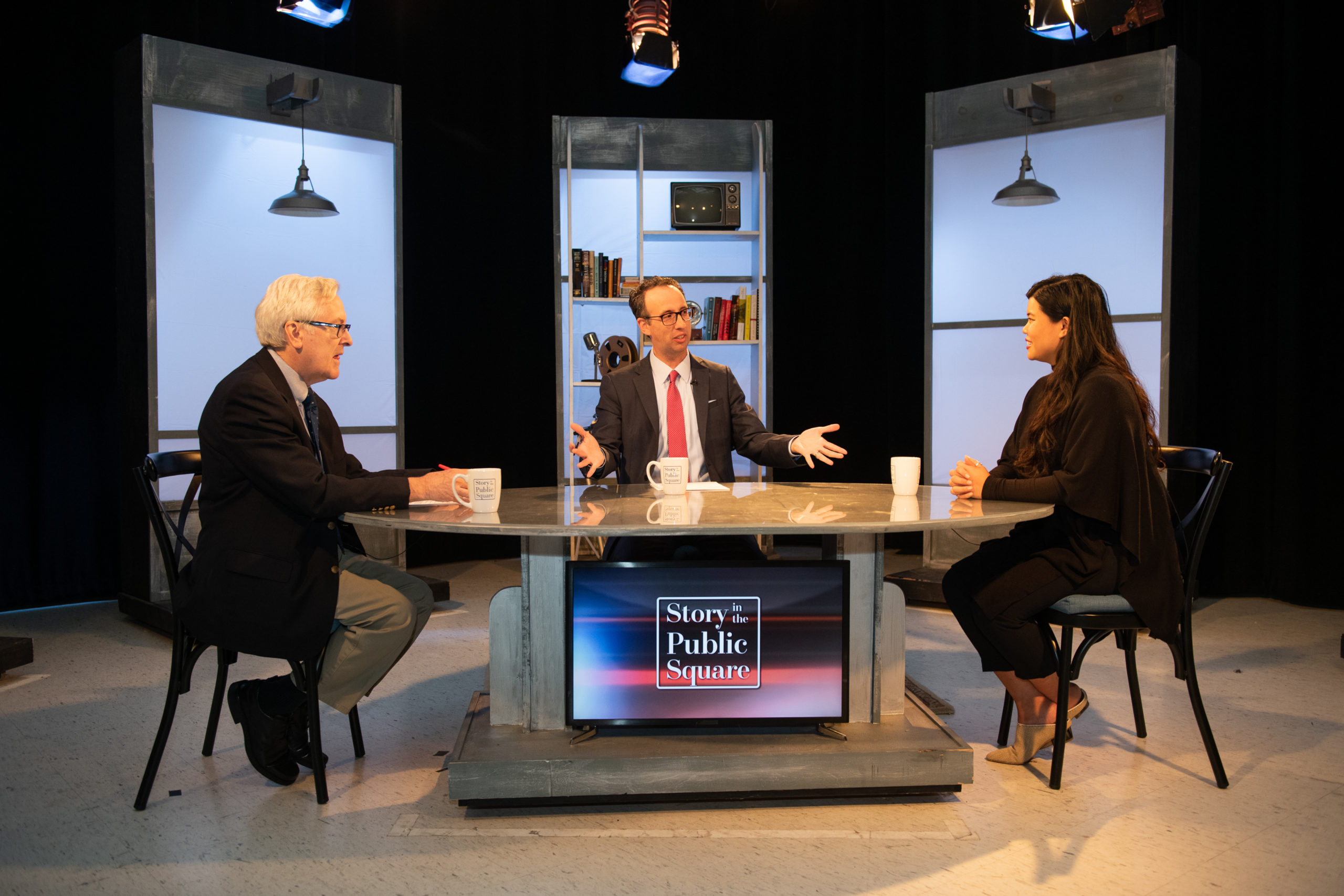 NEWPORT, R.I. – The four-time Telly Award-winning series “Story in the Public Square” will continue to be broadcast across the United States with the debut of its fifth national season beginning July 6, 2020, the show announced. The show has been in production since January 2017 on SiriusXM Satellite Radio and in southeastern New England from its flagship TV station, Rhode Island PBS.  “Story in the Public Square” is currently seen in more than 80% of the nation’s television markets.

Hosted by Jim Ludes, Executive Director of the Pell Center for International Relations and Public Policy at Salve Regina University, and G. Wayne Miller, Staff Writer at The Providence Journal, “Story in the Public Square” is a weekly 30-minute public television program that tries to make sense of the stories shaping public life in the United States and abroad.

“The disruption of the COVID-19 pandemic challenges all of us to think creatively about how we work,” said Ludes.  “In the weeks and months that make up Season 5, we expect to explore stories from the pandemic, the protests sweeping the United States this summer, as well as the crescendo and aftermath of the 2020 election, and the narratives that spawns,” he continued.  “And we’re going to make sure we laugh a little bit along the way—because that’s important, too.”

“Our guests are the secret to the success of “Story in the Public Square,” said Miller. “In the upcoming season, we’ll widen our reach and include more talented storytellers from the entertainment industry, as well as the top scholars, journalists, and visual artists who have been the mainstay of the show.”

The season will feature 26 new episodes.

“Story in the Public Square” provides audiences the opportunity to hear compelling stories, and learn the story behind the stories in an accessible format where the hosts listen rather than lecture. The program offers a refreshing alternative to the standard news and public-affairs offerings. The show is produced by the Pell Center at Salve Regina University and presented by Rhode Island PBS via NETA, the National Educational Telecommunications Association.

The audio version of the series is broadcast multiple times each weekend on SiriusXM’s popular P.O.T.U.S. (Politics of the United States) channel. “Story in the Public Square” won Telly Awards for excellence in general politics/commentary in 2018, 2019, and 2020.