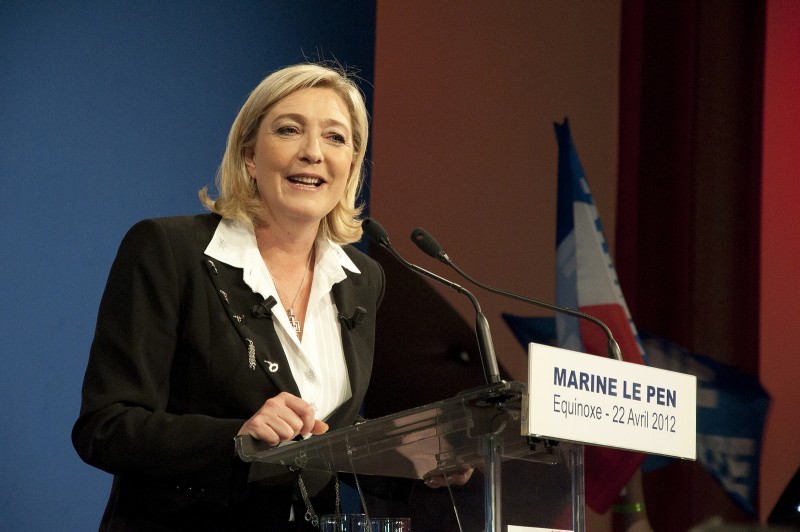 What the Right’s Intellectuals Did Wrong | The New York Times

In a singularly thoughtful working paper, Ronald F. Inglehart of the University of Michigan and Pippa Norris from the Harvard Kennedy school set out to dissect the rise of populist parties in the Western world. Two theories have often been proffered to help explicate this phenomenon. The first “economic insecurity” perspective stresses the economic effects of the many changes currently ripping through our post-industrial, and increasingly automated societies. The second theory, which the authors dub the “cultural backlash” theory, lays an emphasis on “retro reactions by once-predominant sectors of the population to progressive value change.” Both academics recognize that this is an issue which cannot simply be reduced to a binary proposition, and argue that in many cases the explanations are complementary, rather than in direct competition. Overall, however, they lean on the side of the cultural backlash thesis. Although this is a meaty report—standing at over 50 pages—it is well worth at least skimming through, if only for the value of some its insights. Consider, for example, this extract, that seeks to inject greater definitional clarity to the concept of modern populism:

What exactly is populism? There are many interpretations of this concept, and numerous attempts to identify the political parties and movements that fall into this category. Cas Mudde has been influential in the literature, suggesting that populist philosophy is a loose set of ideas that share three core features: anti-establishment, authoritarianism, and nativism.  Firstly, populism is understood as a philosophy that emphasizes faith in the wisdom and virtue of ordinary people (the silent majority) over the ‘corrupt’ establishment. Populism reflects deep cynicism and resentment of existing authorities, whether big business, big banks, multinational corporations, media pundits, elected politicians and government officials, intellectual elites and scientific experts, and the arrogant and privileged rich. Ordinary people are regarded as homogeneous and inherently ‘good’ or ‘decent’, in counterpart to dishonest elites (‘Crooked’ Hillary/’Lyin’ Ted). Secondly, populists also characteristically display authoritarian leanings, favoring the personal power exerted by strong and charismatic leadership which is thought to reflect the will of the people. Populists also favor direct forms of majoritarian democracy for the expression of the voice of the people, through opinion polls, referenda and plebiscites, rather than the institutional checks and balances and the protection of minority rights built into processes of representative democracy. Finally, by ‘ordinary people’, populist discourse typically emphasizes nativism or xenophobic nationalism, which assumes that the ‘people’ are a uniform whole, and that states should exclude people from other countries and cultures. Populism favors mono-culturalism over multiculturalism, national self-interest over international cooperation and development aid, closed borders over the free flow of peoples, ideas, labor and capital, and traditionalism over progressive and liberal social values. Hence Trump’s rhetoric seeks to stir up a potent mix of racial resentment, intolerance of multiculturalism, nationalistic isolationism, nostalgia for past glories, mistrust of outsiders, traditional misogyny and sexism, the appeal of forceful strong-man leadership, attack-dog politics, and racial and anti-Muslim animus. “Populism” is a standard way of referring to this syndrome, emphasizing its allegedly broad roots in ordinary people; it might equally well be described as xenophobic authoritarianism.

This is many ways a well-written and illuminating passage. However, what the writers are describing is not so much “populism” as “right-wing populism,” which—while sharing certain of the themes of the far left–has a much more nativist and exclusionary hue than, say, the more internationalist variants of communism.

This brings us to an excellent long read article by Sasha Polakow-Suransky in The Guardian this week, on the growing success of Europe’s new far right. Mr. Polakow Suransky chronicles the electoral advances made by a growing number of far right parties in Western Europe, ranging from the Front National in France, to the DPP in Denmark, to the PVV in the Netherlands. The leaders of these parties have proved much more disciplined, sophisticated, and coherent in their messaging, and have jettisoned some of the more provocative, crudely anti-Semitic or racialist tirades of their predecessors in favor of a new form of “far right politics in progressive garb.” Indeed, parties such as France’s Front National or Denmark’s DDP, through their savvy instrumentalization of working class rage and anti-immigrant sentiment, have succeeded in siphoning away votes from the left. Marine Le Pen, for instance, proudly points to her party’s recent conquest of the Nord Pas de Calais region, which had been socialist-communist for close to eight decades.

In the wake of the Syrian refugee crisis and a wave of terrorist attacks, concerns have grown in European societies over the rise of Islamism, or of what some view as a creeping “islamization” of society. Europe’s new far right groups, which have proven frighteningly adept in their use of social media, have surfed on this tide of anxiety, reaching out to groups who would never formerly have considered voting for them. Suransky thus describes how “among openly gay couples and religious Jews alike, there is a palpable fear of being targeted by homophobic or anti-Semitic young Muslim men.” Parties such as the PVV have succeeded not only in capturing more votes across a broader socio-economic spectrum, but have also managed to shift the very tone of the political discussion, steering it to the right. The author concludes by rightly noting that,

If political parties want to win, they must first abandon the old strategy of marginalizing populist movements and instead engage them on the merits—and flaws—of their policies and counter their message of fear.

This may be more easily said than done, however, notes Ross Douthat, a leading conservative columnist, in the New York Times. In the first of what will no doubt be a very long series of pained post-mortems of the Grand Old Party of Lincoln (regardless of who wins Tuesday’s elections), Douthat wonders whether it is possible for conservative intellectuals to build “a more intellectually serious populism out of the Trumpian wreckage,” adding,

But can the populist right actually be de-Hannitized, de-Trumpified, rendered 100 percent Breitbart-free? Or would building on populism once again just repeat the process that led conservatism to its present end?

Last but not least, Foreign Affairs has released an excellent podcast on the power of populism, featuring Pankaj Mishra, Cas Mudde, and Nadia Urbinati. To the question of why European right wing populism has effectively supplanted populist messaging from the far left, Cas Mudde, a leading specialist on political extremism in Europe, replies the following,

In most countries the agenda, the political agenda, is dominated by social cultural themes, and so by and large there is still very little debate about social economic policies. Most of the mainstream parties have agreed that austerity in one form or another is the only way to go, which means that we increasingly speak about social cultural issues, how many immigrants should we take? What kind of values should they adopt? How much Europe should there be? And these are issues that benefit, generally, the radical right rather than the radical left.