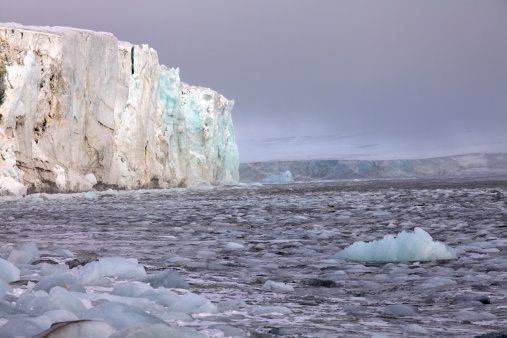 “Man can’t change the climate.” With those words on the floor of the United States Senate last January, Senator James Inhofe of Oklahoma summarized the current Republican consensus on climate change.

The Earth is so big, the logic goes, that our insignificant selves could never have an impact big enough to alter the climate.  In a 50-49 vote that followed, the Senate said climate change was not caused by human activity.

Pope Francis disagrees, and in a widely anticipated encyclical, lays out a compelling case for human action to address man-made climate change.  The Holy Father’s call to action is rooted in a view of humanity’s stewardship of God’s creation, but it is also rooted in the importance of social justice.  Activists have warned for a long time that the most vulnerable of people across the world are most likely to suffer the worst of climate change.

As early as the 1970s, scientific advisors to the Defense Department began to sound warnings about climate change.  By 1982, the Jasons, as the group is known, predicted CO2-driven climate change.

Climate security has received growing, senior-level bipartisan attention dating back to the last days of the Reagan administration and the creation of the U.S. Global Change Research Program.  Over successive administrations, this White House initiative has focused attention on climate change and other global phenomena.

The Department of Defense—in both the Obama administration as well as in the administration of President George W. Bush—included climate change as one of the key factors shaping the global environment in which U.S. forces would be expected to operate.

In 2009, the Central Intelligence Agency opened a Center on Climate Change and National Security to examine droughts, sea-level rise, migration and resource competition and how they may affect U.S. military and economic security. (The center closed in November 2012 in the face of mounting pressure from Republican critics in Congress.)

The U.S. Navy stood-up TASK FORCE CLIMATE CHANGE in 2009 to evaluate climate change’s implications for maritime security and how and where the Navy operates.

Enter Pope Francis.  The first Pope from the developing world has focused attention on the human cost of climate change, especially for those living in poverty.  In doing so, he rejected population control as a solution—as you would expect the leader of the Catholic church to do—and he warned of over-confidence in technology, run-away consumerism, and simple neglect of the garden given to humanity by our Creator to keep and to tend.

I pay attention to interesting coalitions.  Leaders of the world’s great religions praised the Pope for his encyclical, affirming that we share this one creation, whatever we may believe.  But it is the alignment of the Bishop of Rome with the Joint Chiefs of Staff, and the U.S. intelligence community that I find especially compelling.

Soviet premier Josef Stalin once asked how many divisions the Pope commanded.  Unimpressed by the Earthly power of the pontiff, Stalin repressed the Catholic Church in Eastern Europe.  More than 40 years later, Pope John Paul II—a Pole who had lived under Soviet domination—played a critical role in the demise of the Soviet Union.  The number of divisions under the Pope’s command is irrelevant when the issue is one of moral authority.

The science is established: climate change is real and human actions are contributing to it.  National security planners, insurance executives, coastal communities, and populations dependent on mountain glaciers around the world are grappling with the practical implications of it today.  Now Francis calls us to address the human costs of climate change as a matter of social justice.

The movement to address climate change has long had scientists, political leaders, business leaders, national security leaders, and citizens around the world.  It now has the moral authority of the Pope and other religious leaders who are telling us that the consequences of human activity can be catastrophic to all of us, and especially the most vulnerable among us.

I’m waiting to see if Senator Inhofe asks about the Pope’s divisions.