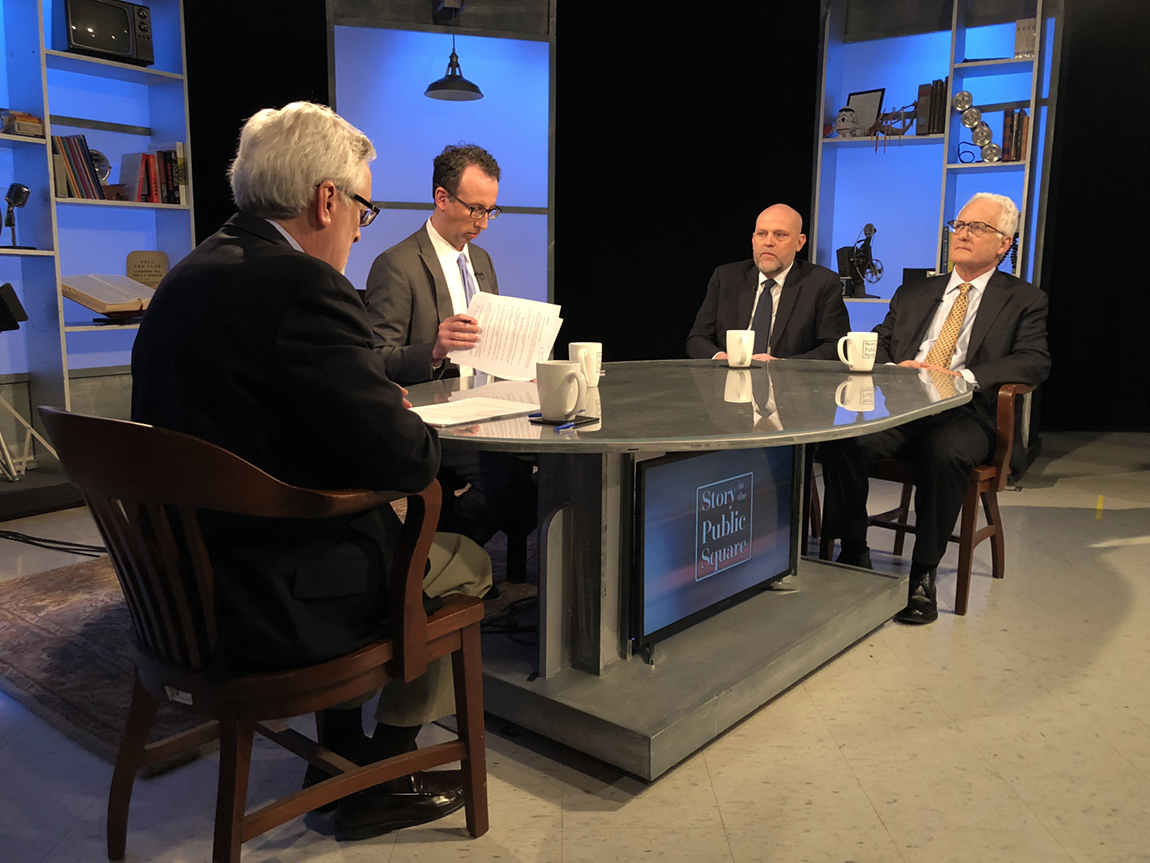 International law outlaws the targeting of medical facilities in conflicts. However, guests, Justin Kenny and Steve Morrison, point to an alarming trend in the Syrian Civil War and other conflicts where combatants are targeting healthcare facilities and healthcare workers through their film, “The New Barbarianism.”

Justin Kenny is an award-winning television news producer and editor based in Washington, D.C. and the founder of Small Footprint Films. In 2017, he directed and wrote his first feature documentary along with Executive Producer and co-director Morrison, “The New Barbarianism.” The film was a collaboration with the Center for Strategic and International Studies, and takes a close look at the under-reported phenomenon of attacks on health care in today’s wars. Kenny is a PBS NewsHour contributor and a graduate of Marymount University where he was the 2016 Marya McLaughlin Lecturer in Media Communications. He began his media career at the age of 10 as a paperboy for the Providence Journal-Bulletin.

“Story in the Public Square” airs on Rhode Island PBS in Rhode Island and southern Massachusetts on Sundays at 11 a.m. and is rebroadcast Thursdays at 7:30 p.m. An audio version of the program airs Saturdays at 8:30 a.m. & 8:30 p.m. ET, Sundays at 1:30 p.m. ET, and Mondays at 2:30 a.m. ET on SiriusXM’s popular P.O.T.U.S. (Politics of the United States), channel 124. Story in the Public Square is a partnership between the Pell Center and The Providence Journal. Listen to the podcast in iTunes. The initiative aims to study, celebrate, and tell stories that matter.