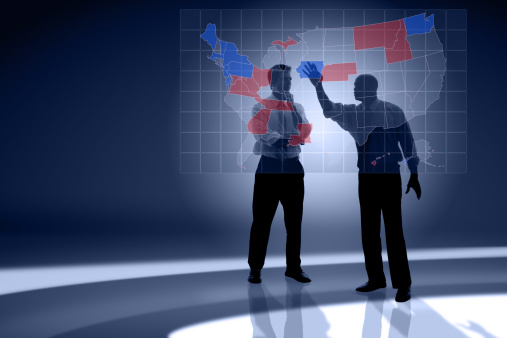 Events in Nice, France, underscore the fact that the U.S. presidential election of 2016 may be the most important election since Abraham Lincoln was elected in 1860.  At stake is the leadership of the global power who has most shaped the liberal international order since 1945—an order under substantial strain.

The U.S. election is occurring at a time when the Western world faces assault from an unholy alignment of forces: violent Islamic extremists; Putinism; as well as the rise of fascist and neo-fascist parties across Europe.  Each has its own motivations and tactics, but each finds a common focus in the destruction of the liberal order established after World War II, the commitment to freedom, democracy, human rights, political pluralism, and open borders.

Each of the West’s attackers have their own means and objectives.  Violent Islamic extremists see the West as the barrier to their dreams of a caliphate, a religiously ordered and run state spanning the lands once controlled by Islam in an earlier age.  Extremists use attacks against Western targets to both weaken the West, to instill terror in its populations, and to recruit new adherents.  In the case of ISIS, such attacks may also be intended to provoke an apocalyptic battle that they believe will usher in the end-times.  Theirs is a death cult, but their tactics, combined with other forces, are warping the fabric of the Atlantic political community.

The Syrian civil war has displaced millions of people.  As refugees have migrated to Europe and elsewhere, the resulting backlash has fueled the rise of fascist and neo-fascist political movements across the continent, including in countries like Austria and France.  In the United Kingdom, the backlash against immigrants helped fuel the recent drive to BREXIT, toppled a British government, and introduced great uncertainty about European cohesion in the face of these mounting challenges.

The big-winner to emerge from all the chaos in Europe is none-other-than Russian President Vladimir Putin.  Putin resents the West’s victory in the Cold War and has used his military to reassert Russian dominance, most recently in Crimea—which Russia seized from Ukraine in a blatant land-grab more akin to the 19th century scramble for Africa than modern Europe—and in Eastern Ukraine where Russian support for separatists is unambiguous.  For Putin, modern liberal values have never had much personal appeal and they are at odds with the crony authoritarianism he has built in his homeland.

Enter Donald Trump.  The presumptive Republican nominee for President has played on the fears provoked by these global forces.  He has called for a ban on Muslim’s entering the United States.  He has praised butchers and strong-men from Putin to Saddam Hussein for their ability to use force (not to mention torture and murder) to impose order.  He has warned that the United States may need more intrusive security in the lives of its citizens.  He has said that he would tell the CIA to use torture “a hell of a lot worse that waterboarding.”

If the United States elects such a candidate president, the West will be lost.  The country that literally helped build global institutions like the United Nations; helped set international standards for transparency, human rights, and political freedom, produced the Marshall Plan, faced down both fascism and communism in the 20th century, and produced an economic and political juggernaut that changed the world cannot be led by someone who rejects fundamental liberal values with a wave of the hand and a snarl.

In the midst of a wave of terrorism, with added complex pressures from nation states, and an anxious citizenry, the danger is that too much of the American public, already, is taken by Trump’s brand of plain spoken muscular machismo.  He promises things will be better when he’s president.  He repeats simple phrases.  He obscures complexity with unambiguous pronouncements about what he’ll do.

In the aftermath of Nice, Donald Trump declared “this is war” while Secretary Clinton called for an “intelligence surge.”  The substance of each response is irrelevant in an election year.  What matters now is what will the public embrace: decisive action or incrementalism?  Donald Trump promises the former.  Secretary Clinton’s rhetoric suggests the latter.  But incrementalism is a losing position in American politics.  She has to make clear that as president she will destroy terrorist organizations who threaten the United States and our allies.  She can’t let her use of reason make credible the claim that she’s indecisive in the face of this threat.

The public needs to feel in their gut that she will keep the country safe, no matter what.  Anything less will cost her the election—an election in which the liberal Western order may very well hang in the balance. – Executive Director Jim Ludes