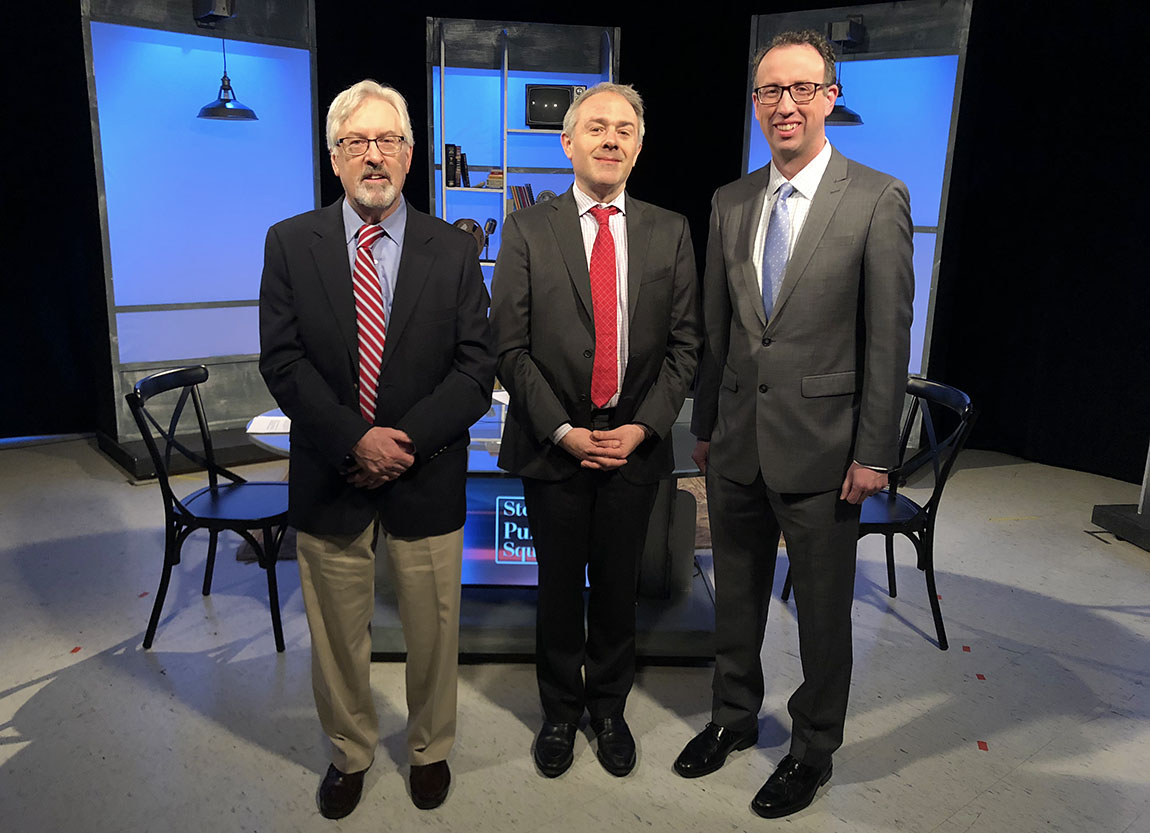 Generally speaking, the history of Western democracy is relatively short. After the Cold War ended, some celebrated, triumphantly, the so-called “end of history.” But, Edward Luce argues the experience of the last 25 years has given rise to populist politicians on both sides of the Atlantic who threaten the liberal democratic order we built after World War II.

Edward Luce is the Washington columnist and commentator for the Financial Times. He writes a weekly column, FT’s leaders/editorials on American politics and the economy and other articles. Luce has worked for the FT since 1995 as Philippines correspondent, capital markets editor, South Asia bureau chief in New Delhi and Washington bureau chief between 2006 and 2011.

Luce is the son of politician Richard Luce; his first cousin is actress Miranda Hart. He completed his secondary education at various boarding schools around Sussex, graduated with a degree in Philosophy, Politics and Economics from New College, Oxford in 1990, and received a post-graduate diploma in newspaper journalism from City University, London.

His first job was as a correspondent for The Guardian in Geneva, Switzerland. He joined the Financial Times in 1995 and initially reported from the Philippinesafter which he took a one-year sabbatical working in Washington, D.C. as speech writer for Lawrence Summers, then US treasury secretary (1999–2001) during the Clinton administration.

“Story in the Public Square” airs on Rhode Island PBS in Rhode Island and southern Massachusetts on Sundays at 11 a.m. and is rebroadcast Thursdays at 7:30 p.m. An audio version of the program airs Saturdays at 8:30 a.m. & 9:30 p.m. ET, Sundays at 12:30 p.m. ET, and Mondays at 2:30 a.m. ET on SiriusXM’s popular P.O.T.U.S. (Politics of the United States), channel 124. “Story in the Public Square” is a partnership between the Pell Center and The Providence Journal. The initiative aims to study, celebrate and tell stories that matter.