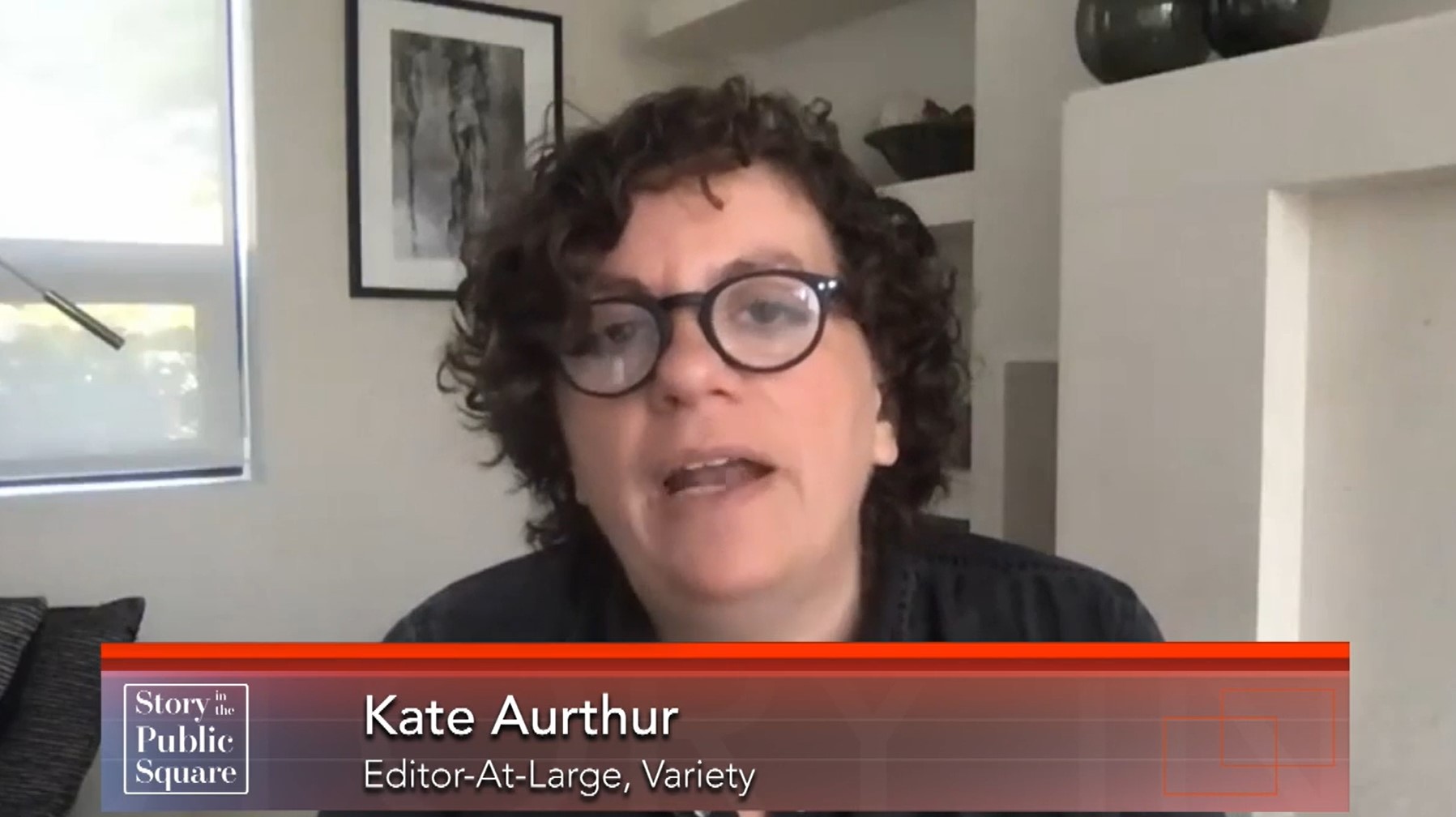 The pandemic has changed a lot of habits—including the ways in which people around the world spend their leisure time and resources.  Kate Aurthur tells us that the entertainment industry—literally built on storytelling—has been among the most effected.

Aurthur is a veteran entertainment journalist and is editor-at-large at Variety.  She has worked as a top reporter and editor at BuzzFeed News, the Los Angeles Times and the New York Times.  She writes high-impact cover and feature stories about the industry for Variety’s weekly magazine, breaking news on Variety.com and contributes to its video content.  She covers major issues and business trends in TV, film and streaming as the consumption of content across all distribution platforms, including Netflix, Amazon and Apple, continues to reshape the media landscape.  Aurthur also writes about diversity and inclusion in Hollywood, both in front of and behind the camera, profiles prominent writers, directors, producers and actors and covers key festivals and events.  She also contributes to Variety franchises including Actors on Actors, and moderates panel discussions at the company’s summits and conferences.

On this episode of “Story in the Public Square,” Aurthur describes the coronavirus’ widespread impact on the American entertainment industry.  As movie theaters closed early this year, she says release dates for many blockbusters were postponed and some were made available through streaming services.  She adds that streaming services were already challenging movie theaters before the virus began and will continue to impact the way consumers experience feature films in the future.