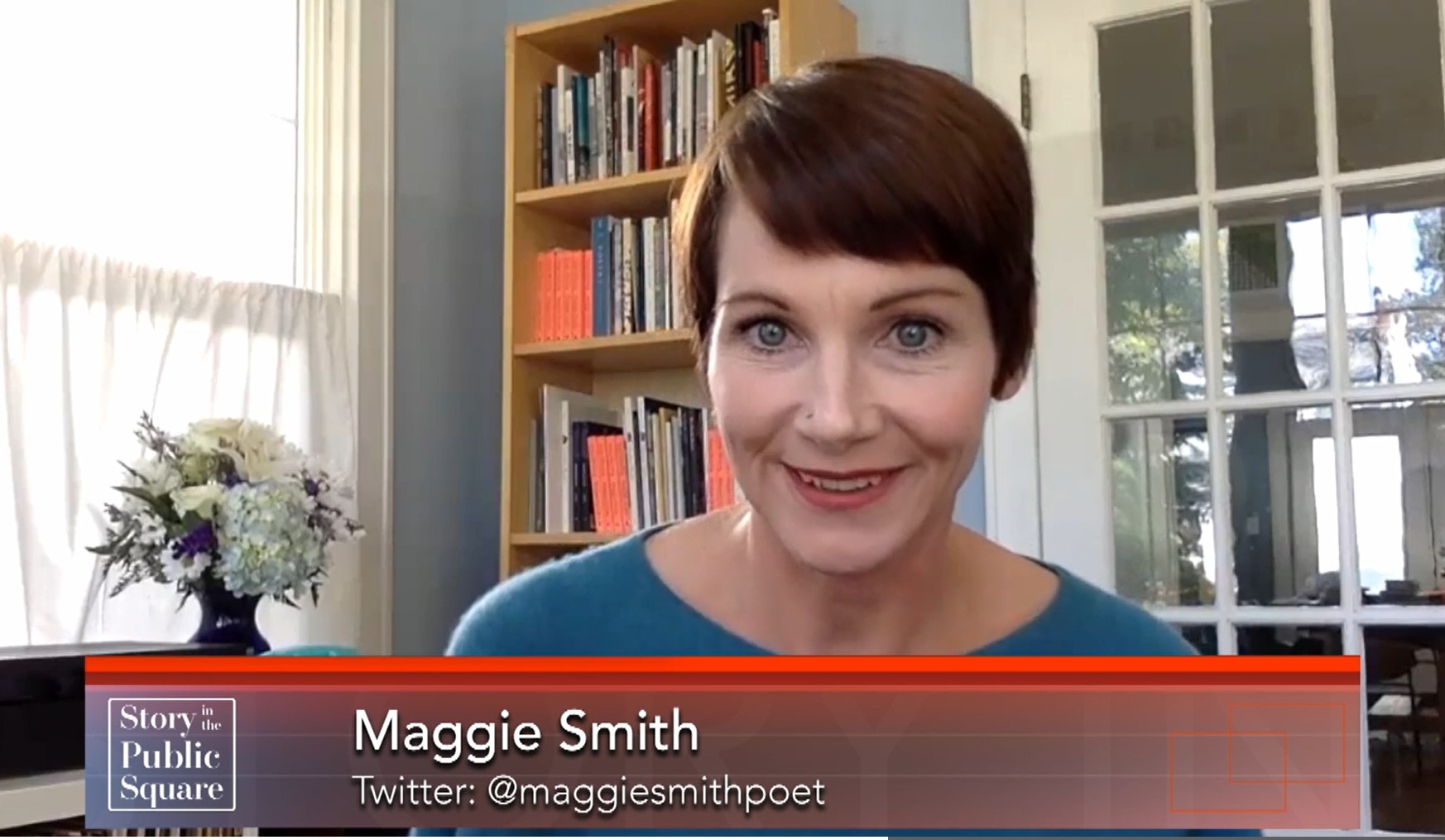 It is one of the cruel realities of life for every nation and every individual: we all suffer loss and disappointment.  Maggie Smith is a poet whose new book offers wisdom—and hope—for anyone who knows that pain.

Smith is the author of four books of poetry, including “Good Bones,” “The Well Speaks of Its Own Poison” and “Lamp of the Body.”  Her latest book, “Keep Moving: Notes on Loss, Creativity, and Change,” a collection of essays and quotes, was released in October.  She is also the author of three prizewinning chapbooks.  Her poems are widely published and anthologized, appearing in Best American Poetry, the New York Times, The New Yorker, Tin House, POETRY, The Paris Review, Ploughshares, and elsewhere.  In 2016, her poem “Good Bones” went viral internationally and has been translated into nearly a dozen languages.  Public Radio International called it “the official poem of 2016.”

On this episode of “Story in the Public Square,” Smith says her latest book began as a series of Twitter posts she created as a way of talking herself through a difficult time. She says posting those thoughts in a public space added accountability and she experienced a sense of community that helped her realize she wasn’t alone. She shares an excerpt from “Keep Moving” that reads, “try to shift your thinking away from loss and toward growth. Consider this difficult time a ‘gap year’ between your last life and what might happen next. “Think of it as the first (messy, brave, hard, exhilarating) year of your new life. Keep moving.”