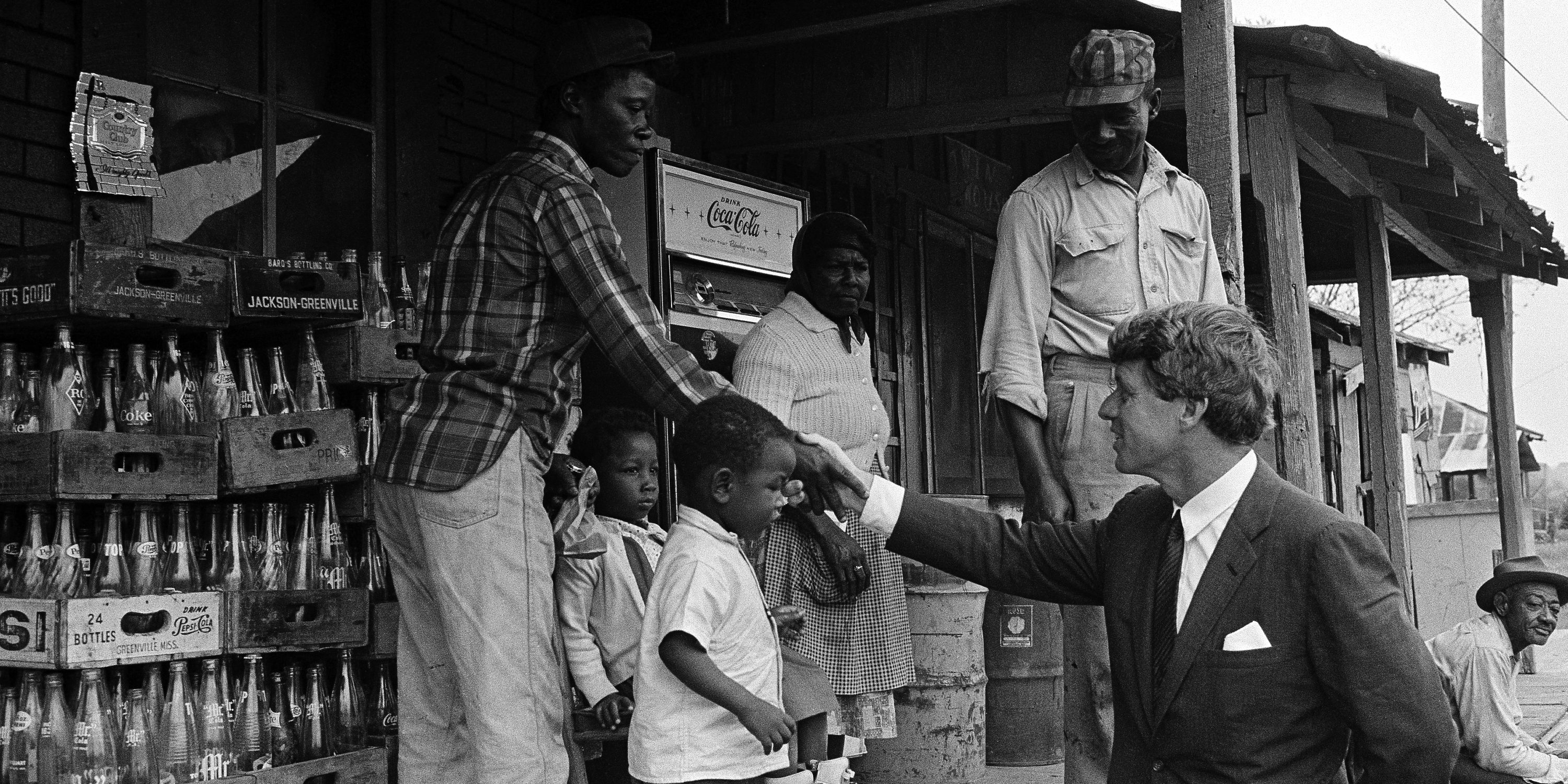 As of this writing, there are 21 declared candidates for the Democratic Party’s nomination for president of the United States. The challenge of breaking through the field and emerging as a major candidate is daunting, but I have a modest proposal:

One thing I should stipulate up-front is that I’ve never been a fan of political leaders who go for the easy score.  I admire the leaders who speak truth to power; who aren’t afraid of difficult issues; who talk about things that need to be discussed; who speak for those who cannot—or dare not—speak for themselves.

So I would advise a candidate looking to break out to tell a story about Americans who have been left behind in our country.  I wouldn’t tell this story with a speech or a video or a tweet storm—I would travel to places in America that have long suffered economically.  I wouldn’t care if they were in early caucus or primary states.  I’d seek out communities where the poverty grinds on the spirit of too many; where jobs and opportunity are scarce; where food-deserts threaten hunger in this land of plenty.

I’d advise the candidate to bring the journalists covering her campaign with her, and to linger in that place.  Spend time talking to real Americans and giving them a chance to tell their stories to a wider audience—not in staged-events or photo-ops or rallies, but in real, one on one conversations.  The candidate should ask his fellow citizens for advice about what the federal government can do to help their communities turn around.  But on these trips, the candidate’s tasks is to listen and to empathize.  Speeches and policy proposals can come later.

President Trump boasts about a booming economy, and America is, absolutely, the wealthiest country on Earth when you measure the per-capita income of our citizens.  But that wealth is concentrated on America’s coastlines and in major cities.  Travel to places like the Northeast Kingdom of Vermont, do the drive from Washington, DC to Clarksburg, West Virginia; visit cities like Buffalo, New York, or Flint, Michigan.  Travel, like Bobby Kennedy did more than 50 years ago, to the Mississippi Delta and listen to the stories of Americans who are struggling—not because of a lack of effort or desire, but because of a lack of opportunity.

This isn’t a rural or urban thing.  It isn’t a black or white thing.  It’s an American thing.  Through our tax policies, we’re concentrating wealth at the top.  Through the way we finance America’s wars, we’re redistributing wealth from lower-income families to upper income Americans.  Because of the way we finance our healthcare, 530,000 American families each year have to declare bankruptcy.  Because of the way we finance higher education, college graduates are leaving school with more than $32,000 in debt.  They’re waiting longer to make major investments in homes and cars, and they’re delaying having children.

Just this week, the Trump administration proposed a new rule to change the way the government measures inflation—which seems like a sufficiently wonky policy initiative that people outside of Washington, generally speaking, wouldn’t pay much attention to, or care much about.  But they should.  The result of this proposal, over time, will reduce the number of Americans eligible for nutrition assistance—not because these Americans would suddenly be able to afford to buy food for their families, but because the government adjusted the way it calculates cost increases.  Over time, this same rule would reduce the number of Americans eligible for Medicaid through the same mathematical slight-of hand.

The president’s greatest political vulnerability is his empathy deficit.  A smart Democrat would grab hold of that issue and never let go.

To borrow a phrase from another campaign and another candidate: I believe that America is great because America is good.  We look out for the most vulnerable members of our society.  We help every citizen live up to her or his God-given potential.  We help those in need, in part because we know that someday, we too may need help ourselves, but, more fundamentally, because we know that a hand-up is better than a hand-out.  This kind of leadership promises a future with human dignity—something not always on display in a policy speech, but you’d see that humanity if you traveled with my imaginary campaign to the places I mentioned, talked to Americans about the challenges they face, and listened to their stories.

Would my candidate win the nomination?  I don’t know, but that’s a campaign I’d like to be a part of.