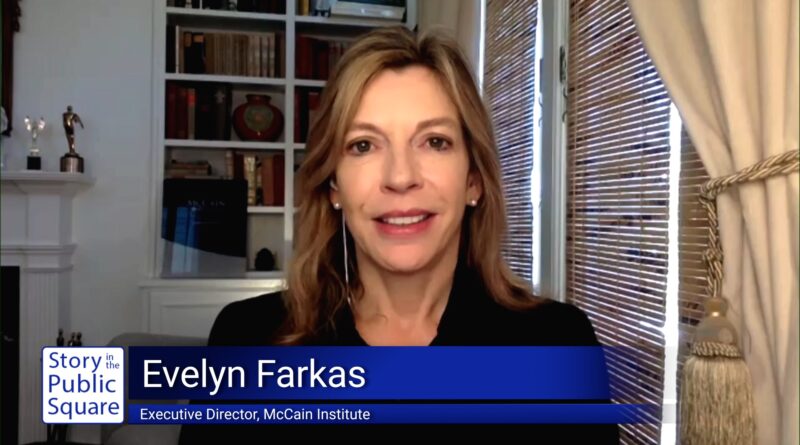 In 2022, the United States dealt with the Omicron surge, saw a major land war in Europe and witnessed a Supreme Court decision that reversed 50 years of precedent. Dr. Evelyn Farkas breaks down these stories and discusses the 2022 Story of the Year.

Over her three-decade career, Farkas has made a name for herself in foreign policy with a specialty in American-Russian relations. Early in her career, she worked as a human rights officer for the Organization for Security and Cooperation in Europe and was an election observer in Bosnia and Afghanistan. In 2003 she published her book “Fractured States and U.S. Foreign Policy: Iraq, Ethiopia and Bosnia in the 1990s” detailing her experiences. Following her time abroad, she worked as a professor of international relations at the Marine Corps University. From 2008 to 2009, she served on the bipartisan Commission on the Prevention of Weapons of Mass Destruction as the executive director. Farkas has worked in both Congress and the United States Department of Defense. During the Obama administration, she was the foremost expert on Russia in the Department of Defense. She has appeared as a national security contributor and commentator on MSNBC, Fox News, CNN and more. Her writings have been featured in various publications and websites, including The New York Times, The Washington Post, The Los Angeles Times, The Boston Globe, The Daily Beast, Politico and Foreign Policy. She serves as a Senior Fellow at the German Marshall Fund of the United States and has penned research papers and op-eds featured in most leading publications. Farkas also serves as the executive director of the McCain Institute for International Leadership at Arizona State University.

On this episode of “Story in the Public Square,” Farkas analyzes the events of 2022, including the lasting effects of the pandemic, the impact of disinformation and gun violence. She also discusses the 2022 midterm election, the possible future of American bipartisanship and the overturning of Roe v. Wade. Speaking on the 2022 story of the year, the Russian invasion of Ukraine, Farkas explains that aiding Ukraine helps to “defeat Vladimir Putin’s attack on the international order.” She adds, “he wants a sphere of influence system where a big country like his can tell smaller countries like Ukraine, Georgia and Moldova” what they are allowed to do internally and internationally.