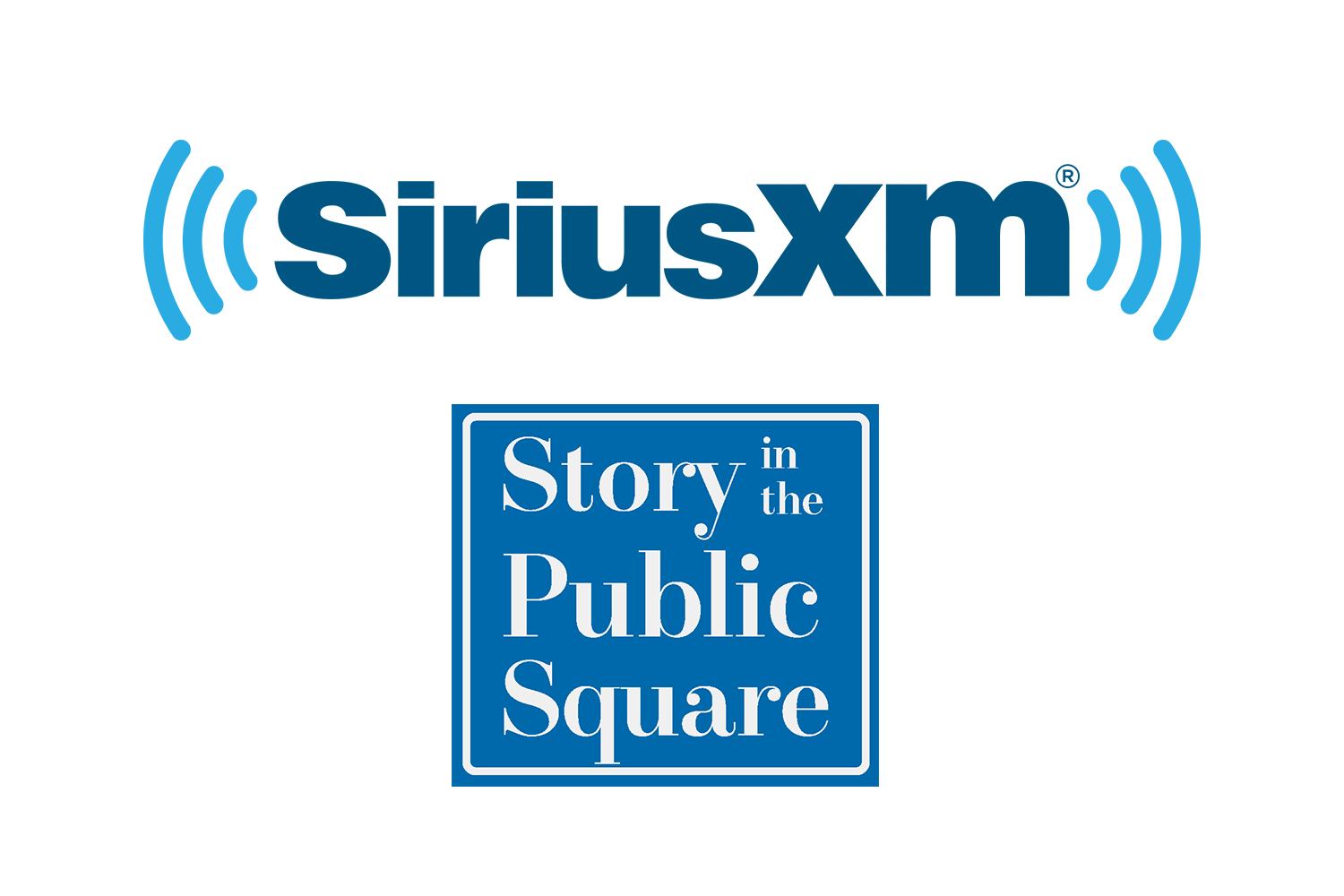 For the third consecutive year, Story in the Public Square will broadcast on SiriusXM P.O.T.U.S.

Hosted by Jim Ludes, Executive Director of the Pell Center at Salve Regina University, and G. Wayne Miller, senior staff writer at The Providence Journal, “Story in the Public Square” features interviews with today’s best print, screen, music, and other storytellers about their creative processes and how their stories impact public understanding and policy.

“We’ve been fortunate to have a great relationship with SiriusXM since we began production in 2017,” said Ludes. “We’ve reached an audience of people who care passionately about the issues and we’re excited to continue broadcasting on P.O.T.U.S in 2019.”

“The heart of ‘Story in the Public Square,’ is the guests we welcome each week,” said Miller. “Their stories, their analysis, their insights about public life and the human experience make the show what it is—and we have some great guests already lined up for the new year.”

The audio version of “Story in the Public Square” airs Saturdays at 8:30 a.m. & 6:30 p.m. ET, and Sundays at 4:30 a.m. & 11:30 p.m. ET on SiriusXM’s popular P.O.T.U.S. (Politics of the United States), channel 124.  Episodes are also broadcast each week on public television stations across the United States. In Rhode Island and southeastern New England, the show is broadcast on Rhode Island PBS on Sundays at 11 a.m. and is rebroadcast Thursdays at 7:30 p.m.  A full listing of the national television distribution, is available at this link.

“Story in the Public Square” is a partnership between the Pell Center and The Providence Journal. The initiative aims to study, celebrate, and tell stories that matter.

First published in 1829, The Providence Journal is the oldest continuously published daily newspaper in the United States.

For more information about Story in the Public Square, please visit http://pellcenter.org/story-in-the-public-square/.