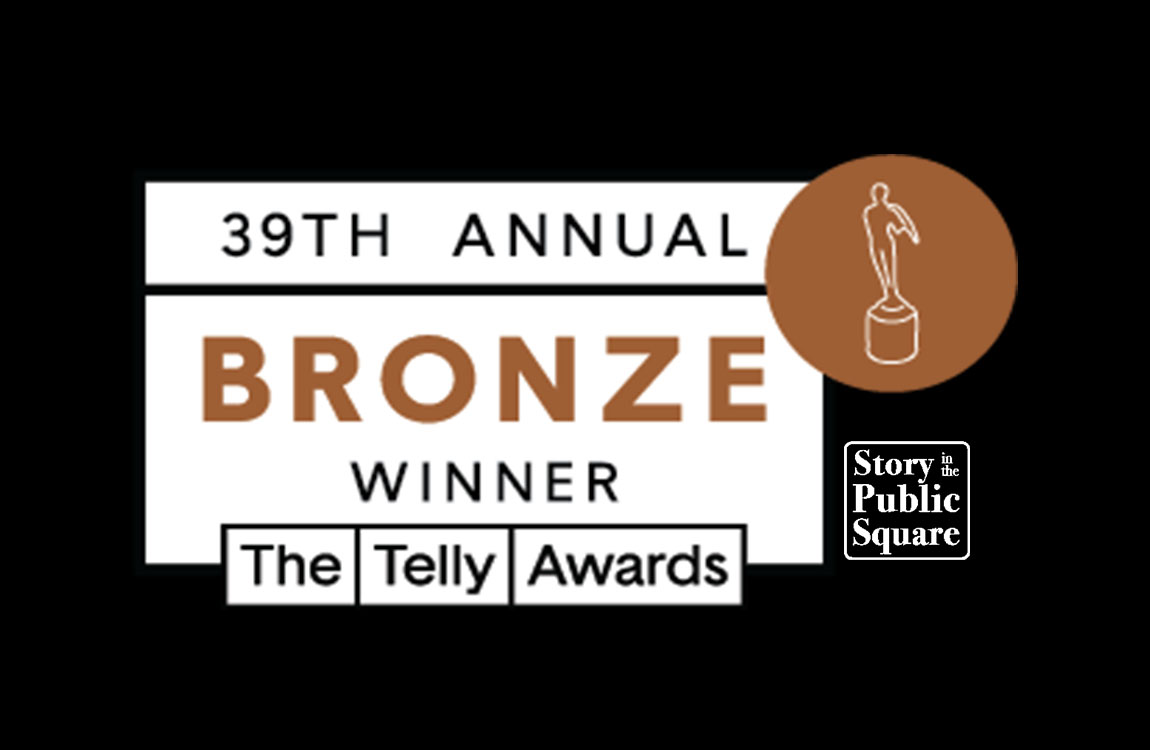 NEWPORT, RI – “Story in the Public Square” has been awarded Bronze for Best Political/Commentary in Television ​in the 39th Annual Telly Awards. The Telly Awards honor excellence in video and television across all screens as judged by leaders from video platforms, television and streaming networks, agencies, and production companies including Vice, Vimeo, Hearst Digital Media, and BuzzFeed.  “Story in the Public Square” was honored, specifically, for its year-end “Story of the Year” episode for 2017 which focused on the Trump-Russia investigation and featured Dr. Evelyn Farkas of the Atlantic Council.

“Story in the Public Square” is an initiative to study, celebrate, and tell stories that matter. To do that, the show’s hosts, Jim Ludes from the Pell Center at Salve Regina University and G. Wayne Miller from The Providence Journal, sit down each week with talented story tellers and scholars to make sense of the narratives shaping public life in the United States.

“’Story in the Public Square’ is pushing the boundaries for video and television innovation and creativity at a time when the industry is rapidly changing” said Sabrina Dridje, Managing Director of the Telly Awards. “This award is a tribute to the talent and vision of its creators.”

“We are humbled to be honored by the Telly Awards,” said Ludes, who is also Executive Director of the Pell Center at Salve Regina University.  “We work with a great team at Rhode Island PBS to produce the show,” he continued, “and we’re excited to grow and continue telling stories that are important.”

“We’ve been mindful of the need to stay out of the way of our guests who are gifted story tellers,” said Miller.  “They’re the reason the show works, so we’ll proudly accept this honor on behalf of everyone who has been a part of ‘Story in the Public Square,’” he said.

“Story in the Public Square” airs on Rhode Island PBS in Rhode Island and southern Massachusetts on Sundays at 11 a.m. and is rebroadcast Thursdays at 7:30 p.m. An audio version of the program airs Saturdays at 8:30 a.m. & 9:30 p.m. ET, Sundays at 12:30 p.m. ET, and Mondays at 2:30 a.m. ET on SiriusXM’s popular P.O.T.U.S. (Politics of the United States), channel 124. “Story in the Public Square” is a partnership between the Pell Center at Salve Regina University and The Providence Journal.

The winner’s announcement caps a year-long initiative by the Telly Awards to rebuild the honors for the multi-screen era. Throughout 2017-2018 the Tellys refashioned their categories to honor the type of work being made by leading producers, including branded content, social video and animation, as well as working with industry experts to identify important industry categories where technology was playing an impactful role in the ways stories are now being told: Virtual Reality, Interactive and 360 Video. To judge all this new and innovative work, the Tellys recruited over 200 new judges, from companies such as Vimeo, Duplass Productions’ Donut, ustwo, Discovery Networks, VaynerMedia and Framestor.

The Telly Awards was founded in 1979 to honor excellence in local, regional and cable television commercials with non-broadcast video and television programming added soon after. With the recent evolution and rise of digital video (web series, VR, 360 and beyond), the Telly Awards today also reflects and celebrates this exciting new era of the moving image on and offline.

The Tellys annually showcases the best work created within television and across video, for all screens. Receiving over 12,000 entries from all 50 states and 5 continents, Telly Award winners represent work from some of the most respected advertising agencies, television stations, production companies and publishers from around the world.

View all of winners of the 39th Annual Telly Awards winners at www.tellyawards.com/winners.