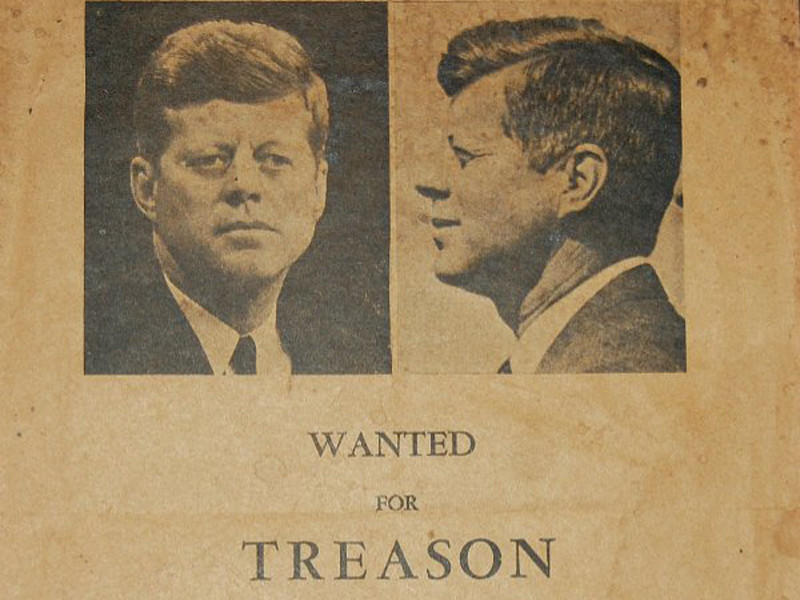 Someone is going to get killed.

That’s the thought that went through my head in bucolic Vermont this week as I looked out over the mountains at twilight and thought about the Republican candidate’s latest train wreck.  On Tuesday, Trump went after his rival, Hillary Clinton, and said, ““If she gets to pick her judges, nothing you can do, folks.  Although the Second Amendment people — maybe there is, I don’t know.”  The candidate said he was joking, but a lot of people thought he wasn’t.

The reality is that Trump’s stated intention—accurate or not—is irrelevant.  The danger is that someone not in on the “joke” could hear it as a call to action.  It’s been well documented that Trump rallies often feature shouts from the crowd of “kill her.”

I didn’t want to spend another week contemplating this scenario, because I’ve done so already.  Once, here on the Pell Center blog.  And last week in an interview with the Newport Daily News.

But we have to stay on this issue, because the Republican candidate won’t stop.  One day later he told a campaign rally that ISIS was founded by President Barack Obama.  Read that again.  The Republican nominee for President of the United States accused the current president of creating a terrorist organization that has killed Americans, targets our European allies, and is under constant bombardment by the U.S. military.

The claim is so shocking that Hugh Hewitt, a darling of the right on talk radio, tried to help Trump clean it up on Thursday morning. The name for this is “stochastic terrorism.”  It’s been defined as inciting “. . . random actors to carry out violent or terrorist acts that are statistically predictable but individually unpredictable.”  This isn’t some dystopian nightmare on Netflix.  It’s what led to the assassination of Israeli Prime Minister Yitzhak Rabin in Israel in 1996.  In the days before his death, the political rallies of Rabin’s rivals featured calls for Rabin’s death and saw posters in the crowd of Rabin dressed as a Nazi.  Stochastic terrorism inspired the murder of three people and the wounding of nine others at a Planned Parenthood in Colorado Springs in November 2015.  The threat and reality of violence against abortion clinics is well documented.  And it spurred the assassination of British politician Jo Cox by a white supremacist in the closing days of the BREXIT vote to determine whether the United Kingdom would remain part of the European Union—and its immigration policies—as Cox advocated, or not.

In simpler terms, Donald Trump is inciting violence.  He isn’t directing it, but through his words, his lies, and his half-truths—as well as those of his supporters—he is supercharging an already-overheated environment.  Every time someone calls candidate Clinton “the devil,” or shouts “kill her” or says she should be “shot for treason” or makes even a veiled reference to violence as a legitimate part of our election, the likelihood of some delusional person acting grows.

Someone is going to get hurt.