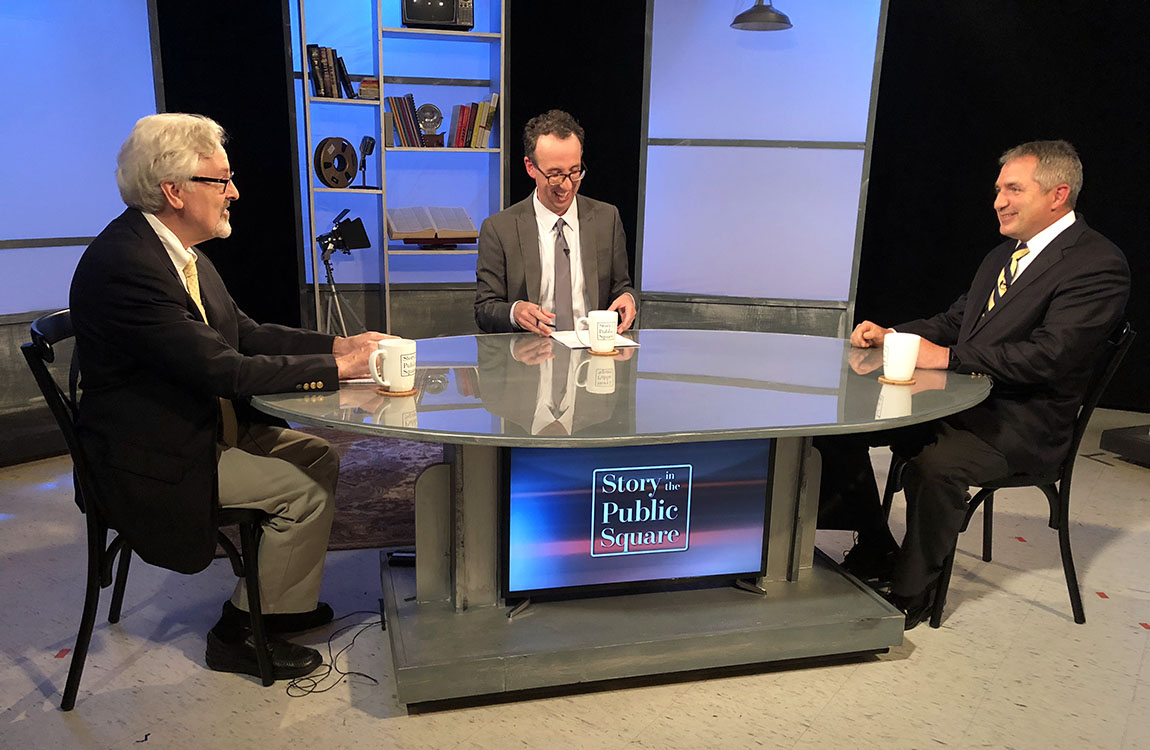 Since September 11, 2001, more than 2.7 million Americans have fought America’s battles in Iraq and Afghanistan. Chris Chivers has written a searing, new account of those wars and the men and women who have served in them.

Chris (C.J.) Chivers is a senior writer at The New York Times and a writer-at-large for the New York Times Magazine. He contributes to the Foreign and Investigative desks and frequently posts on the At War blog, writing on war, tactics, human rights, politics, crime and the arms trade from Afghanistan, Iraq, Russia, Georgia, Chechnya and elsewhere on a wide range of assignments. In addition to writing, he shoots video and, occasionally, photographs. He remains a contributor to Esquire and Field & Stream.

Chivers was the 1995 valedictorian of Columbia University Graduate School of Journalism. He was a staff writer at The Providence Journal in Rhode Island from 1995 until 1999, covering crime and politics, and was a contributor to several magazines, writing on wildlife, natural history and conservation.

From 1999 until 2001 he covered crime and law enforcement for The New York Times in New York City, working in a three-reporter bureau inside the police headquarters in Lower Manhattan. While in this bureau, he covered the attacks on the World Trade Center on Sept. 11, 2001. Chivers’ New York Times magazine story “The Fighter” won the 2017 Pulitzer Prize in Feature Writing. In 2009 he was part of a team that won the Pulitzer Prize for International Reporting for coverage from Afghanistan and Pakistan. His new book, available August 14, from Simon & Schuster, “The Fighters: Americans in Combat in Afghanistan and Iraq,” is an unvarnished account of modern combat, told through the eyes of the fighters who have waged America’s longest wars. Readers are immersed in the physical and emotional experience of war as lived by six combatants: a fighter pilot, a corpsman, a scout helicopter pilot, a grunt, an infantry officer, and a Special Forces sergeant.

In 1996, Chivers received the Livingston Award for International Journalism for a series on the collapse of commercial fishing in the North Atlantic. Two of his stories in The Times from Afghanistan were cited in the award of the Pulitzer Prize for Public Service in 2002. In 2007, his reconstruction for Esquire of the terrorist siege of a public school in Beslan, Russia, won the Michael Kelly Award and National Magazine Award for Reporting. He was also part of The Times’s team that was awarded the Pulitzer Prize for International Reporting in 2009, for coverage of Afghanistan and Pakistan. His combat reporting from Iraq and Afghanistan, with that of his colleague Dexter Filkins and the photographer Tyler Hicks, with whom he often works, was selected in 2010 by New York University as one of the Top Ten Works of Journalism of the Decade.