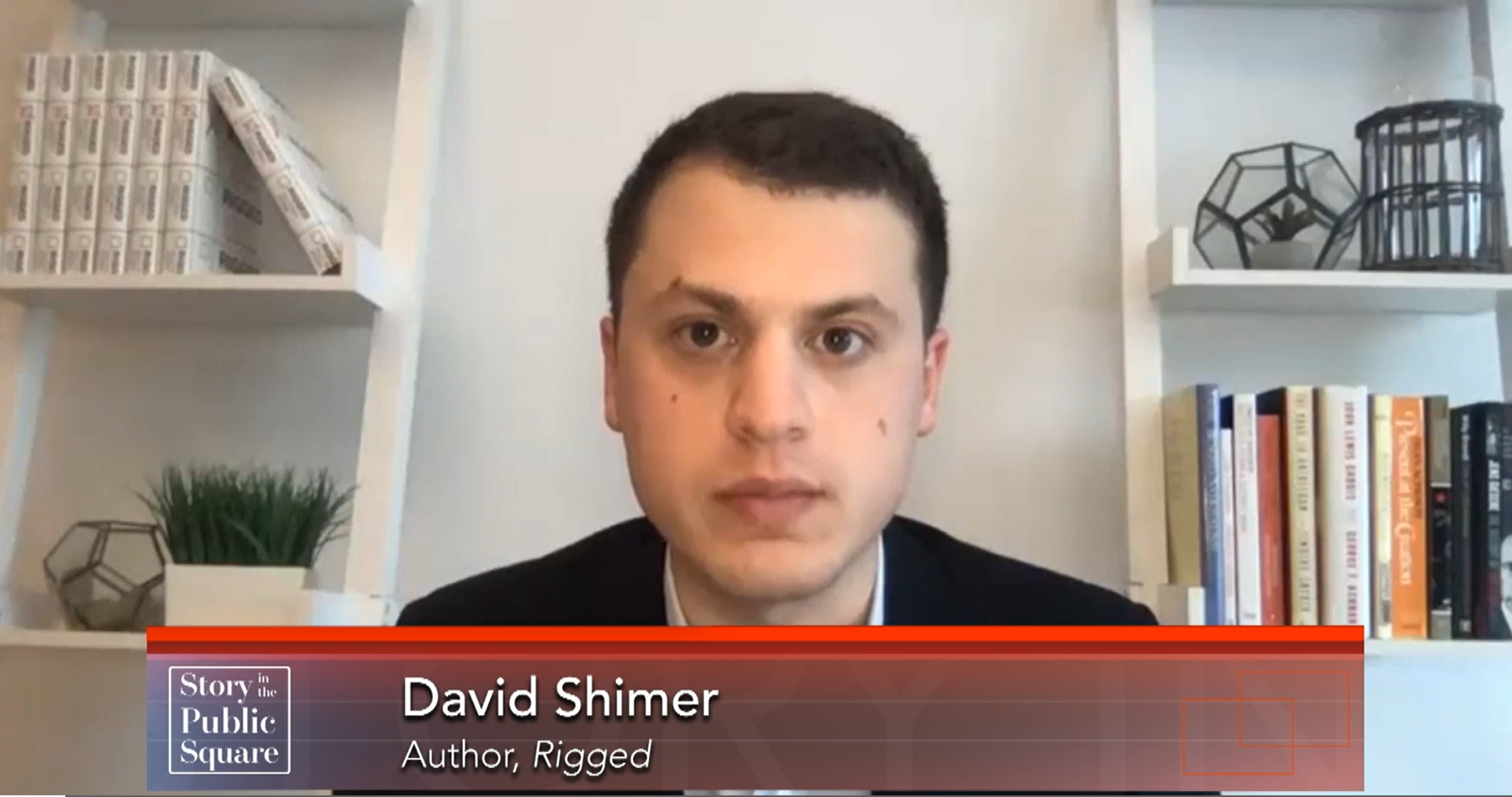 Over the last four years, Americans have heard a lot about Russian interference in our elections. David Shimer says we haven’t heard the whole story about the Cold War, 2016, or 2020.

Shimer is an expert on election security, U.S.-Russian relations, and covert action.  He is the author of “Rigged: America, Russia, and One Hundred Years of Covert Electoral Interference,” a New York Times Editors’ Choice book.  His reporting and analysis have been published in the New York Times, the New Yorker, the Washington Post, and Foreign Affairs.  He has appeared on CNN and MSNBC to discuss the threat of foreign election interference, and he has been interviewed by the New York Times, NPR, and Politico about American and Russian foreign policy.  Shimer is an Associate Fellow of Yale University, where he received his undergraduate and master’s degrees in history, and is pursuing a doctorate in international relations at the University of Oxford as a Marshall Scholar.

On this episode of “Story in the Public Square,” Shimer describes writing his book “Rigged” to detail the history of Russia’s covert electoral interference to what came before its operation in the U.S. presidential election in 2016.  He says Russia’s foreign policy has evolved from spreading communism to tearing down democracy and from engaging in an ideological struggle to a power struggle.  He adds, “Russia’s strategy to divide democracies from within […] gives [it] new opportunities for influence, which is why you’ve seen Russia supporting authoritarian-minded, divisive candidates and causes around the world.”