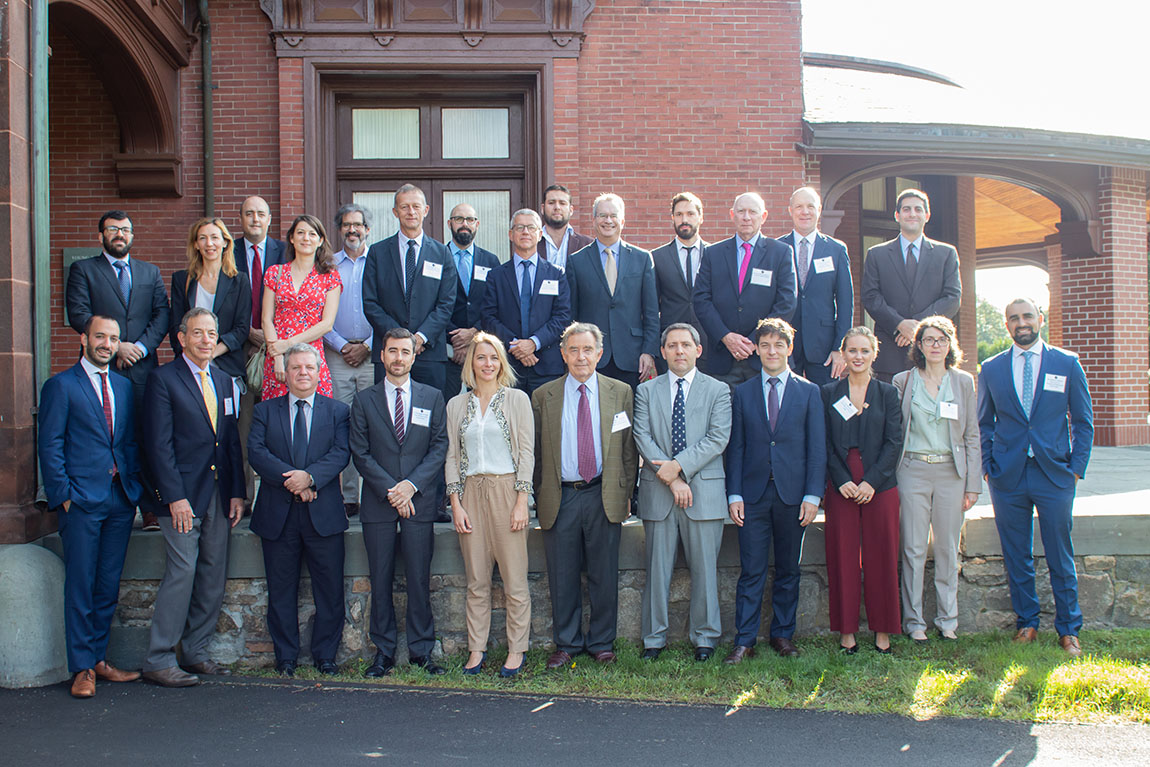 Newport, RI – Today the Pell Center released the consensus statement of the first round of the Rochambeau Dialogue which was held in partnership with the Fondation Pour la Recherche Stratégique, at Salve Regina University, in Newport, RI, from Sunday, September 16 to Tuesday, September 18, 2018.

Over the course of the dialogue, the bipartisan group of participants—which included a mix of foreign and defense officials from both countries, as well as a select group of well-known defense analysts in the academic and think tank community—discussed a broad set of issues. These issues ranged from the future of NATO and European defense cooperation, to ongoing joint counter-terrorism efforts in Africa, to Middle-Eastern stability following the U.S. decision to withdraw from the Joint Comprehensive Plan for Action (JCPOA), and Franco-American cooperation in the Indo-Pacific. Two official keynote speakers, General Jean-Pierre Montégu, the French defense attaché, and Dr. Brian Pierce, Director of the Information Innovation Office at the U.S. Defense Advanced Research Projects Agency (DARPA) provided framing remarks during the dialogue. The group’s conversations promoted agreement among the dialogue’s nongovernmental participants to issue the 2018 consensus statement.

“At a time when both democratic partners face a daunting array of shared challenges—from the revival of great power competition to the recrudescence of violent instability in several key regions of the globe—this ambitious and forward-looking consensus statement is a powerful reminder of the vitality and dynamism of the Franco-American alliance,” noted Dr. Iskander Rehman, Senior Fellow for International Relations at the Pell Center.

“The Franco-U.S. defense relationship dates back to the American Revolutionary War and, as this consensus statement shows, endures today in the face of complex and sobering challenges,” said Dr. James Ludes, Executive Director of the Pell Center at Salve Regina University.  “We are proud to be able to host this important and ongoing dialogue and are grateful to our French partners for joining us in it.”

The Rochambeau Dialogue, made possible, in part, by a grant from Carnegie Corporation of New York, is an important programmatic effort designed to strengthen defense cooperation between the United States and its oldest ally, France. Each year’s Track 1.5 dialogue is structured around a series of Franco-American panels, each seeking to address a specific and timely issue in Franco-U.S. security cooperation. The themes of these panel discussions may change from year to year, in an attempt to adequately reflect the growing scope and dynamism of the Franco-American defense relationship.

Created in 1992, the FRS is a recognized French public utility foundation and operates independently. The think-tank’s mission is to analyze the problems of strategy and international security, including military and defense issues, and to contribute to the strategic debate in France and the influence of French ideas abroad. Its expertise covers all issues of security and defense, from the analysis of the international balance of power to scientific, technological and operational issues, through the economy and the industry; defense, analysis of transversal threats (terrorism, cyber, proliferation …) as well as health and environmental risks.