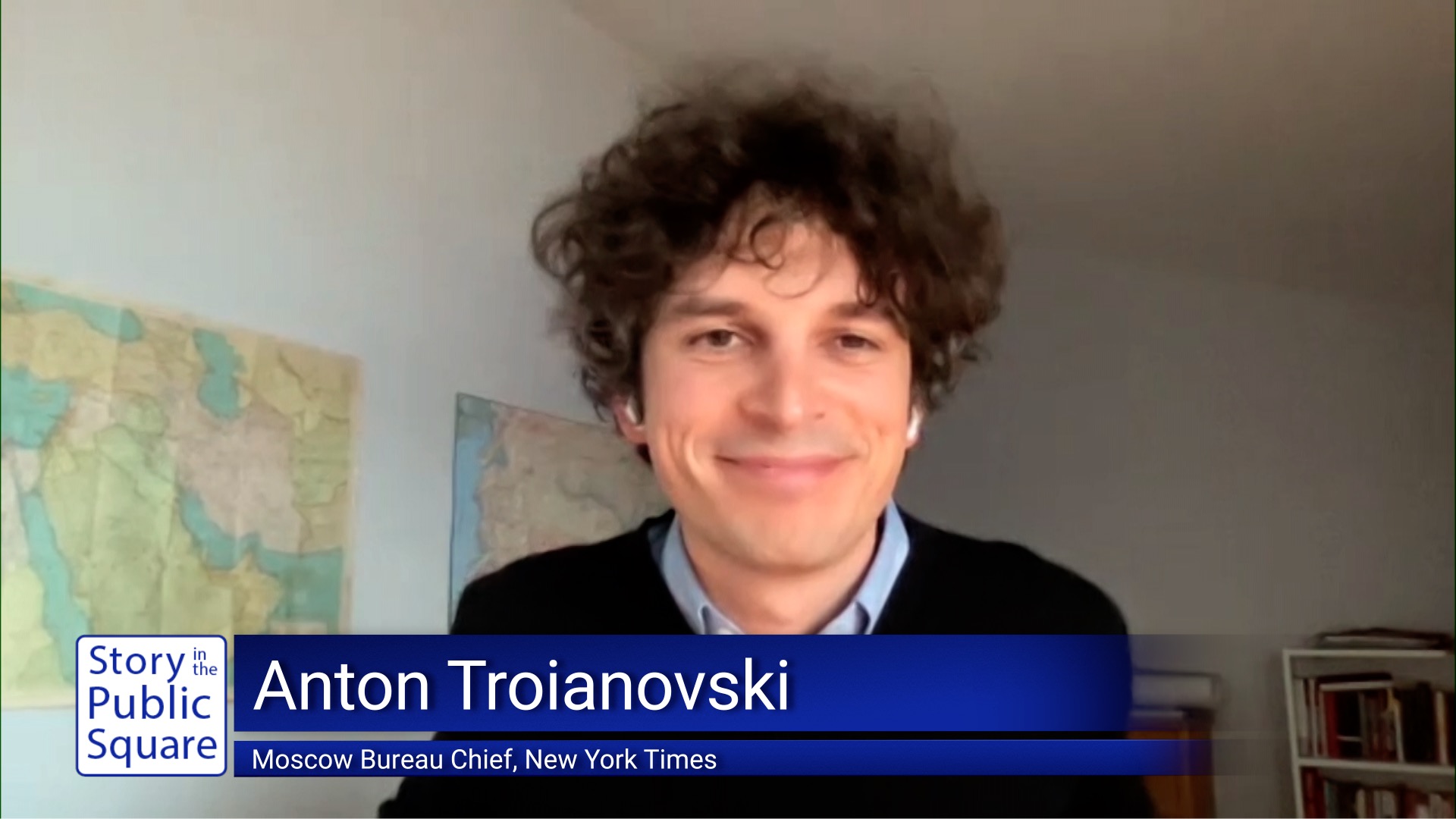 Russia’s war in Ukraine has killed thousands while displacing millions of Ukrainians.  For many Western journalists, the war has made it untenable to report from Russia amid a crack-down on independent journalism.  Anton Troianovski has seen Russia up close, reporting there first for The Washington Post and, now, as the bureau chief for The New York Times.

Anton Troianovski has lived in Moscow since January 2018 and has traveled to three Russian-controlled disputed territories, from Crimea to the Kuril Islands, delving into the Kremlin’s geopolitical gamesmanship.  He previously spent nine years at The Wall Street Journal and was based in Berlin from 2013 to 2017 to cover two German elections, two Olympic Games, the Ukraine crisis, migration and populist politics in Europe.  Troianovski began his journalism career as a photographer for the Webster-Kirkwood Times in Missouri.  He was born in Moscow and grew up in Heidelberg, Germany, and in St. Louis.  He holds a degree in social studies from Harvard University, where he wrote a senior thesis on the Kremlin’s push for influence in cyberspace.

On this episode of “Story in the Public Square,” Troianovski discusses the latest developments in the war in Ukraine.  He says, Ukraine has been a fractured country for a long time, and “this war has united Ukrainians in a way that’s really shocked a lot of people in Russia.”