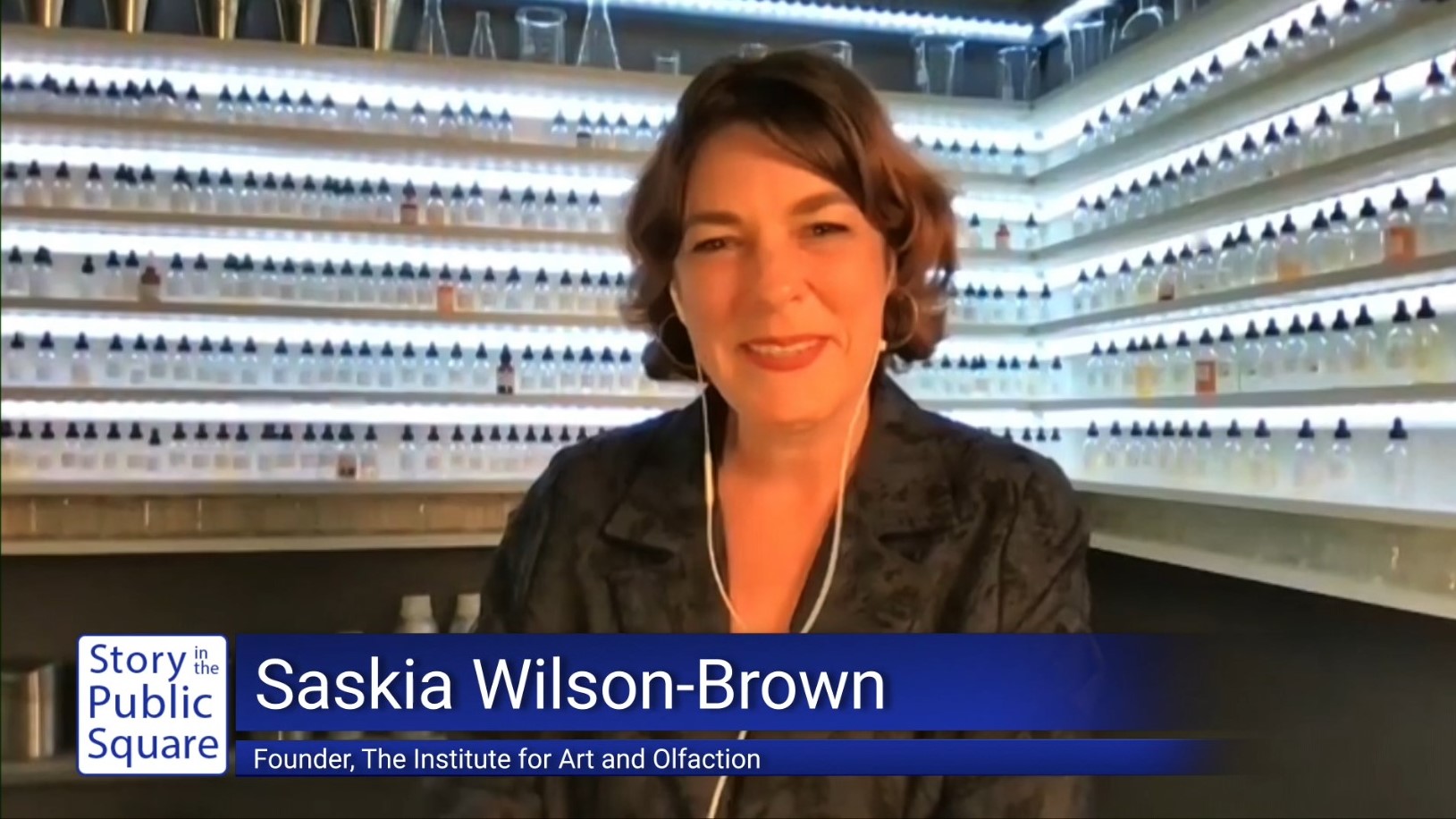 Noses—and their ability to detect smell—may not be as celebrated in words and songs as our other human senses—but Saskia Wilson-Brown says scents tell stories, too.

Wilson-Brown began her career in music video and production design, going on to serve as festival co-director for Los Angeles’ seminal Silver Lake Film Festival, launching the festival’s visionary media arm, MP4Fest, in 2005.  She went on to work as an independent producer and a film distribution strategist, producing events including the Open Video Alliance Filmmaker Summit, several of Lance Weiler’s DIY Days events, and the TEDActive Innovation Lab.  Wilson-Brown founded The Institute for Art and Olfaction in 2012.  A 501(c)3 non-profit arts organization, the institute is devoted to experimentation and cross-media projects with a focus on scent.  In 2013, she created and launched one of the institute’s flagship programs, The Art and Olfaction Awards, an international, blindly judged awards mechanism for independent and artisan perfumers, and experimental practitioners with scent.  In 2020, she launched the institute’s online division, allowing it to continue its mission to facilitate access to the tools and information of perfumery, while reaching an even wider audience through online education.  In 2019 and 2020, Wilson-Brown was a visiting lecturer at the Royal College of Art in London, teaching about scent-making as a creative practice in the MA Fashion program.  She is currently producing a documentary about ownership and historic reconstruction in the field of perfumery, while pursuing a Ph.D. about the relationship between perfume, access and power.  She earned her BA from the University of California, Berkeley and her MFA at Central Saint Martin’s College in London.

On this episode of “Story in the Public Square,” Wilson-Brown discusses the cultural factors that influence an individual’s perception of scent across the world.  In addition to its own array of exhibits and programs, her Institute for Art and Olfaction helps artists incorporate scent into their art.  She says, “one of the reasons I became interested in scent, in addition to the questions of access and power, was the potential for communication in the context of art.”