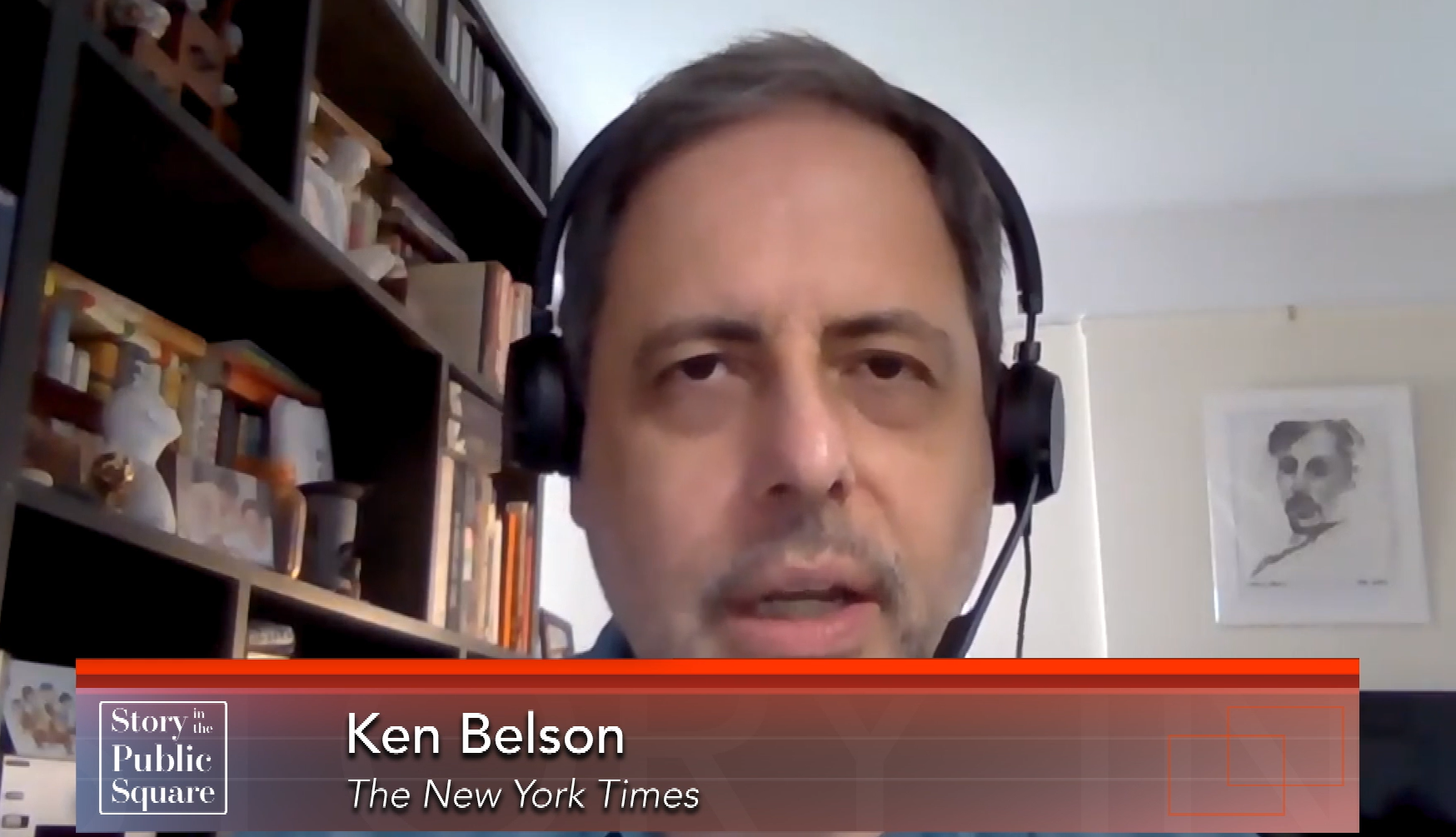 Sports play a giant role in American public life—and their absence has been a much-discussed part of the pandemic.  Ken Belson covers the National Football League for The New York Times.

Belson writes about teams, stadiums, medical issues, lawsuits and more in his coverage of the National Football League (NFL) for The Times.  Mr. Belson joined the Sports section in 2009 after spending three years writing for the Metro and Business sections.  From 2001 to 2004, he wrote about business in Japan while working in The New York Times’ Tokyo bureau.  Prior to joining The Times, Belson wrote for Bloomberg, Reuters and Business Week, all in Tokyo, and many other publications as a freelancer.  He is the co-author of “Hello Kitty: The Remarkable Story of Sanrio and the Billion Dollar Feline Phenomenon.”  He attended Columbia University’s Graduate School of Journalism on a Japan-America Friendship Commission Fellowship and won the Pulitzer Traveling Scholarship, which he used to travel to the Cook Islands to write about the effects of bankruptcy on a country.

On this episode of “Story in the Public Square,” Belson discusses race in the NFL, saying Roger Goodell’s statement in response to George Floyd’s murder was intended to set the tone for team owners to do the same.  He said many in the league, including head coaches, are “baring their souls in ways that were not [previously] the typical NFL, tough exterior, manly message that you often get,” saying recent events have prompted extensive “soul searching by some of the most powerful people in the league.”