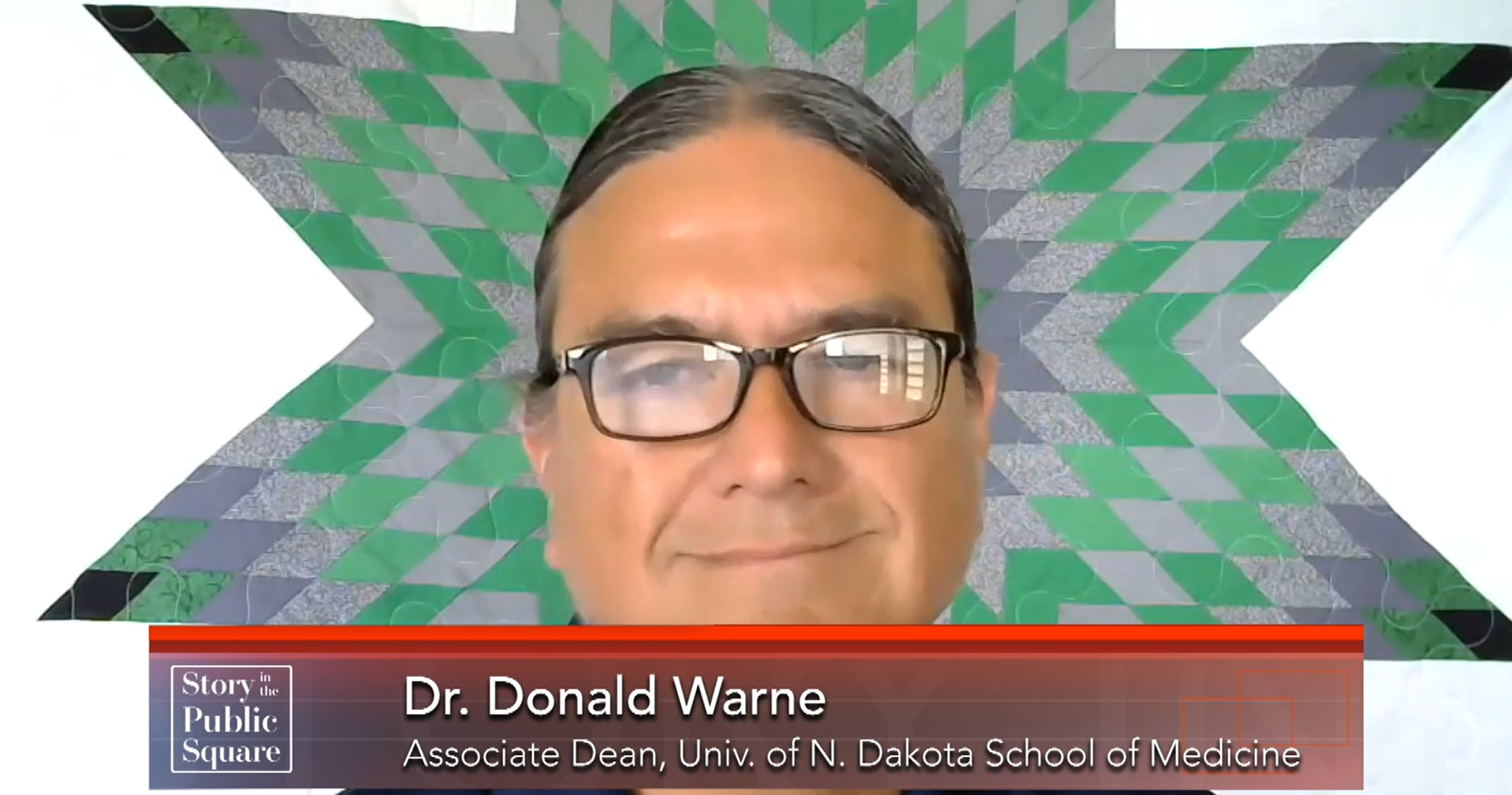 The coronavirus pandemic has affected some communities worse than others—drawing into specific relief decades of data on health disparities.  Dr. Donald Warne warns that the impact has been particularly grave for Native Americans.

Donald Warne, MD, MPH is the Associate Dean of Diversity, Equity and Inclusion as well as the Director of the Indians Into Medicine (INMED) and Master of Public Health Programs, and Professor of Family and Community Medicine at the School of Medicine and Health Sciences at the University of North Dakota.  He also serves as the Senior Policy Advisor to the Great Plains Tribal Chairmen’s Health Board in Rapid City, South Dakota.  Warne is a member of the Oglala Lakota tribe from Pine Ridge, South Dakota and comes from a long line of traditional healers and medicine men.  He received his medical degree from Stanford University School of Medicine and his master’s in public health from Harvard School of Public Health.  He has been a primary care physician with the Gila River Health Care Corporation in Arizona, a Staff Clinician with the National Institutes of Health, Indian Legal Program Faculty with the Sandra Day O’Connor College of Law at Arizona State University, the Health Policy Research Director for Inter-Tribal Council of Arizona, the Executive Director of the Great Plains Tribal Chairmen’s Health Board and Chair of the Department of Public Health at North Dakota State University.

On this episode of “Story in the Public Square,” Warne describes the long-existing public health issues facing Native populations in the United States.  He cites historical issues, modern day policy issues, and existing health disparities as factors that make up the “negative synergy” that results in “the terrible, really third-world health conditions indigenous people face in the United States.” Warne added that the lack of public health infrastructure left native populations largely unprepared to meet the demands of the coronavirus pandemic.