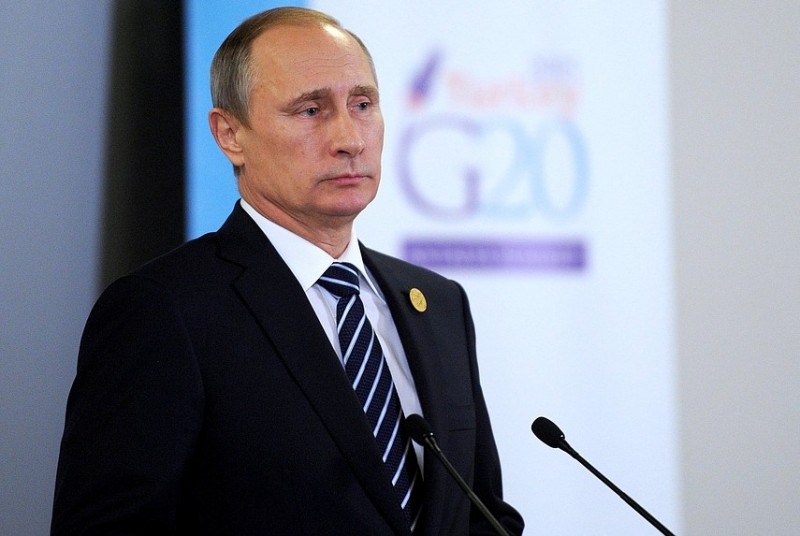 The Panama Papers | The International Consortium of Investigative Journalists

What are the Panama Papers? A guide to history’s biggest data leak | The Guardian

Revealed: the $2bn offshore trail that leads to Vladimir Putin | The Guardian

The Panama Papers is a collection of 11.5 million files (2.6 terabytes of data) that was leaked from Mossack Fonseca, the fourth largest offshore law firm in the world, based in Panama. The documents revealed in one of the biggest leaks ever were given anonymously to German newspaper Süddeutsche Zeitung, which then shared them with the International Consortium of Investigative Journalists (ICIJ), which further distributed the information. The documents expose how powerful world leaders as well as other rich people and groups use offshore bank accounts and shell corporations, outside of typical jurisdictions, to hide their wealth and/or avoid taxation. Panama Papers connected 12 heads of state, 61 of their relatives, and 128 other public officials to secret offshore companies. ICIJ says it will release a full list of companies and people identified in the Panama Papers in early May.

Russia’s President Putin was not personally named in the Panama Papers, however $2 billion can be traced back to him through several of his close associates operating a complicated money laundering system through Bank Rossiya. Putin’s closest friend Sergei Roldugin seems to be at the center of the system. On record, Sergei Roldugin has amassed a personal fortune of hundreds of millions of dollars through shady deals, but files from his companies state that “the company is a corporate screen established principally to protect the identity and confidentiality of the ultimate beneficial owner of the company.” (Likely Putin). A spokesperson of the Kremlin has claimed that the leak targeted Putin and the stability of politics in Russia before parliamentary elections. Dmitry Peskov, press secretary for President Putin, suggested some of the investigative journalists behind the leak were actually CIA and State Department officials.

Americans and the United States:

McClatchy newspapers, which was given access to the data from the ICIJ, reports that there are 3,500 United States addresses recorded in the documents (this does not necessarily mean all 3,500 are American citizens). Additionally, it is reported that there are scans of at least 200 United States passports among the files. Some Americans with dual citizenship may have also opened accounts under foreign passports. It is expected that most of the Americans are likely retirees using their accounts to purchase real estate outside the country. Currently, no United States politicians have been implicated by the documents.

Iceland Prime Minister Sigmundur David Gunnlaugsson resigned on Tuesday, April 5, 2016 as protestors called for him to step down. The ICIJ investigation of the Panama Papers unearthed the fact that he and his wife had owned an offshore company in the British Virgin Islands. He violated parliamentary rules when he failed to tell of his multimillion dollar fortune. Gunnlaugsson’s wife, a rich heiress, has claimed that the offshore company was hers and that she had payed taxes on her fortune.

According to the ICIJ, China is heavily involved with Mossack Fonseca. 29% of Mossack Fonseca’s offshore companies are incorporated in China and Hong Kong. China’s wealthy businessmen, including Jackie Chan, have off shore holdings. Additionally, eight top leaders of China’s Communist Party, Politburo Standing Committee, have relatives with offshore holdings. These include the brother-in-law of Xi Jinping, who has been fighting corruption, and the daughter of Li Peng, known for overseeing the 1989 Tiananmen Square protest military action.

Since the release of the Panama Papers, Swiss police have searched FIFA offices. Additionally, FIFA official Juan Pedro Damiani, a member of FIFA’s Independent Ethics Panels, has resigned. The ICIJ investigation of the Panama Papers revealed his business dealings with three men that had been indicted in the United States for bribery and corruption. It also showed that Damiani had conducted deals with three other people expected and charged with wire fraud, money laundering, and bribery. Offshore companies of soccer players have also been uncovered, including one linked to Lionel Messi.

The leak of the Panama Papers has so far affected many countries as well as political leaders and other important people. It has also shed a light on the offshore law business and their practices. The coming consequences can only be speculated upon and are yet to be determined.

Photo credit of the President of Russia‘s Executive Office.