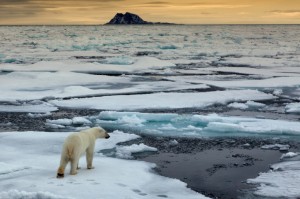 A new report out from the National Center for Science Education takes issue with the “education” that future Texas sixth-graders will receive on the topic of global warming. New textbooks currently under review will emphasize that scientists “do not agree on what is causing the change.” As the report points out, of course, 97% of published experts do agree, and the topic is by no means as controversial (among scientists) as the textbooks imply. As an article in the Guardian puts it, the real controversy is that the schoolbooks appear to be “promoting the discredited views of an ultra-conservative think tank” (the Heartland Institute, which is featured in the textbook’s discussion) instead of teaching science. Here is how the report sums up the problem: “This book has a deeply concerning section comparing the Heartland Institute with the Intergovernmental Panel on Climate Change (IPCC) in relation to climate change. This misleads students as to good sources of information, pitting an ideologically driven advocacy group (Heartland Institute) that receives funding from Big Tobacco and polluters against a Nobel Peace Prize-winning scientific body (IPCC).” It will be quite a coup for the Heartland Institute if Texas sixth-graders do end up studying this text for the next decade or so. – Joseph Grady, Senior Fellow for Public Policy

The Language of War

From DC to Syria, A Mess | The New York Times

The way a leader takes his nation to war says something about the leader.  In 1990 and 1991, President George H. W. Bush was a reluctant warrior, but once a decision was made, he told his generals not to hold anything back.  If there was something they needed, they needed to tell him so.

In 2002 and 2003, President George W. Bush revealed just how different he was from his father.  When presented with the best case the intelligence community could make for why war in Iraq was necessary, the president thought it wasn’t sufficient, prompting then Director of Central Intelligence George Tenet to call the case “a slam dunk!”  But Bush 43 was different from Bush 41—war in Iraq wasn’t forced on him.  He pursued it with a single-minded determination from 2001 through the campaign of 2004, the Surge, and the end of his presidency.  Whatever you want to say about his leadership and his judgment, there was no question about President George W. Bush’s will.

I’ve been pondering this contrast for most of the past week as I’ve listened to President Obama and his national security team repeat, time and again, there will be no American troops on the ground in Iraq as the U.S. military turns its attention to ISIL.  (This despite the fact that there will be more than 1000 American troops on the ground in the form of Army Special Forces.)

This passage from remarks given by the Commander-in-Chief at MacDill Air Force Base this week captures the President’s view neatly:

As your Commander-in-Chief, I will not commit you and the rest of our Armed Forces to fighting another ground war in Iraq.  After a decade of massive ground deployments, it is more effective to use our unique capabilities in support of partners on the ground so they can secure their own countries’ futures.  And that’s the only solution that will succeed over the long term.

While I understand the political imperative to underscore that America does not want to fight another ground war in the Middle East, the repeated assurances that we won’t do so leave me unsettled.  Is it better, in the psychology of conflict, to be seen as reasonable and limited in your objectives—or is it better to be perceived as just crazy enough to do it.  My instinct—and arguably history—suggest the latter.

The repeated assurances led some in Congress to question the Chairman of the Joint Chiefs of Staff as to whether he would tell the President ground troops were needed, if the current strategy failed.  Not surprisingly, the chairman said he would—setting off a day’s worth of breathless reporting at the fact that General Martin Dempsey, USA, CJCS, promised to speak truth to power.   (Isn’t that what we expect of our military leaders?)

On balance, I think the administration’s approach to the use of force is about right in this case, even if their overall strategy lacks an ideological component.  But that missing ideological piece combined with a rhetorical strategy that emphasizes the limits of America’s commitment, I fear, undermines the overall effort. – James Ludes, Executive Director