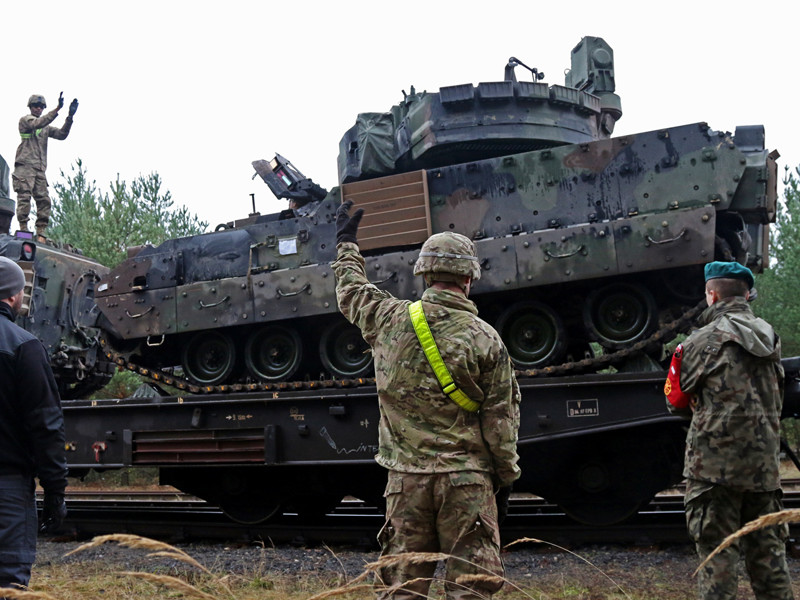 In the long line of American defense secretaries, few stand out for quiet brilliance. One, however, does: William Perry. Unassuming, likable, and brilliant, he’s a student of both global politics and technology. It was Perry, among others, in the Carter administration who championed an approach to technology that others would later describe as a “revolution in military affairs.” Stealth and precision guided munitions, Perry argued years before he would serve as Secretary of Defense in the Clinton administration, could have strategic consequences. The history of warfare since 1991 has confirmed Dr. Perry’s insights.

But Bill Perry didn’t prescribe a military technical revolution to fight terrorists or third-world dictators. He, and others, saw it as a way to offset Soviet numerical superiority in Eastern Europe.

In 2004, bristling from Europe’s repudiation of the Iraq war, the administration of President George W. Bush announced it was withdrawing the bulk of American forces from bases in Europe—especially in Germany. The administration—clearly wanting for a map—argued that American forces would be closer to the fight if they deployed to the war on terror from Kansas rather than Germany. It was anger and frustration—a reaction to allied opposition to America’s war of choice in Iraq dressed in the rhetoric of “cost savings” and a transformed relationship with Russia.

Unfortunately, as Secretary Perry observed recently, the U.S.-Russia relationship is in tatters. Russia has used force against its neighbors with relative impunity. While their economy buckles under the combined blows of sanctions and the low price of oil, Russia still holds Crimea, still controls a sizable portion of Eastern Ukraine, and appears to have altered the reality on the ground in Syria.
And now, American policy appears to be stiffening. Military hardware is again moving to positions in Eastern Europe. American and allied aircraft are performing routine intercept operations in the skies over the Baltic Sea. The U.S. Navy is repositioning submarine hunter-aircraft and probably thanking its lucky stars that they didn’t close the submarine base at Groton in the last round of base closures.

It would be trite to blame any single American administration for “losing” Russia. In the first place, it was never ours to lose. But the ebbs and flows of U.S.-Russia relations since the end of the Cold War should remind us of the enduring value of power in the international system and the sheer silliness of making policy decisions out of pique. – Executive Director Jim Ludes