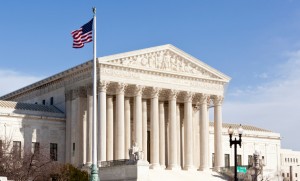 In a television interview two months ago, I lamented that despite Russian aggression in Ukraine, U.S. policy in Syria and Iran depended on support from Russian President Vladimir Putin, making Russia, ironically, the “indispensable nation” in American foreign policy.  Despite the teeth in U.S.-backed economic sanctions against Moscow—and on some level, perhaps because of them—Russian aggression is getting worse.

In the last week, a missile attack struck a residential neighborhood, killing 30, all the while Russian propaganda seeks to justify aggression as a reaction to Western interference.

The Economist—in one of the most unsettling accounts in a long litany of unsettling accounts of the conflict—describes a Russia unhinged from the 21st century.  Kremlin propagandists are working at a cold war pitch, the Russian economy is being isolated from the world as it hasn’t been in 20 years, and as the politics of aggression even begin to have a cost in Russian politics, Putin’s government has created a brute squad “whose launch was advertised in the state media [and] seems to have a license to carry out extra-judicial violence.”

Whose Government? Whose Voice | Common Cause

A blog post from the New York Review of Books last week offers an overview of a set of new reports about the consequences of the Supreme Court’s 2010 “Citizens United” decision regarding whether or how political campaign contributions can be regulated. According to the summary, and the individual reports – such as one from Common Cause – the impacts of the decision have been “devastating” – to a set of particular candidates and causes, but more fundamentally, to the principles of democratic participation on an equal playing field, and to the idea of government that operates for the common good, rather than in the interests of the wealthiest and most powerful.

The New York Review points out a number of practical and analytical problems with Citizens United. One basic issue is the assumption that contributions to an “independent” organization do not create the same risks of influence that direct contributions to a candidate do. As the piece points out, this distinction is more technical than real, when a given super PAC focuses on the election of a particular candidate and contributes millions of dollars to his or her successful campaign. The Common Cause report focuses on issue areas where policy decisions have not been responsive to what the public wants and needs – such as student loan affordability, gun control and wages – and where decisions have instead leaned towards the interests of wealthy donors to the “independent” organizations that helped candidates into office.- Joseph Grady, Senior Fellow for Public Policy