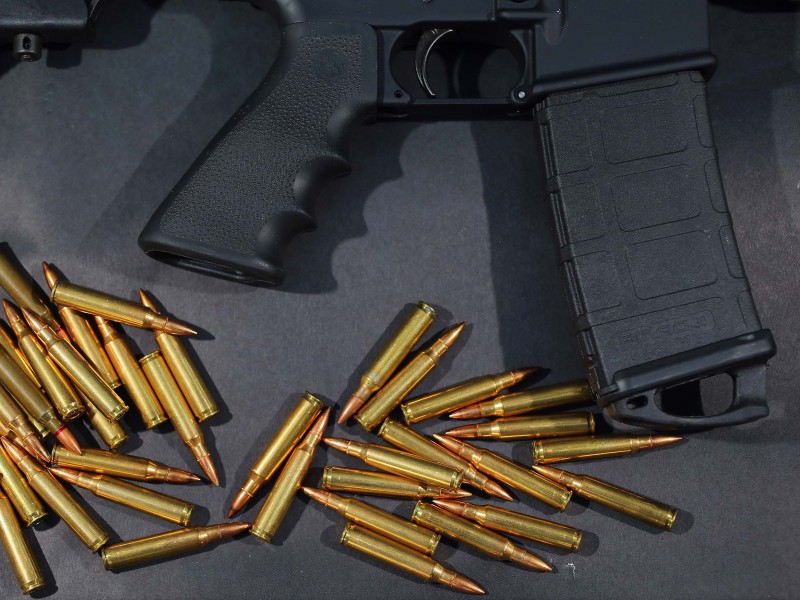 At the time of this writing, we still don’t know the motive of the murderers in San Bernardino, California. But we do know their means. As in 353 other instances in the United States earlier this year, firearms were the tool of choice for someone intent on murder, carnage, and terror.

Yet politicians were quick to defend the second amendment. Speaker of the House Paul Ryan said, “There are law-abiding citizens whose rights we don’t want to trample upon.”

I wonder how Mr. Ryan feels about the trampling of the rights of the 462 people killed in mass shootings in 2015 in the United States? Or the rights of the 1,314 who have been wounded? Or the vast sums being spent to increase the ability of police forces to meet heavily armed psychopaths—something contributing decisively to the militarization of America’s police forces.

As President Obama put it, why do we allow someone who can’t board a plane buy guns without a background check?
The National Rifle Association (NRA) wants you to believe that there is nothing that can be done, except send thoughts and prayers to the victims. I’ve said this before, but it reminds me of the old saying, “The greatest trick the devil ever pulled was convincing people that he didn’t exist.”

The American people are not quite so impotent, thankfully. This democracy, rallied to action, has tackled bigger issues and defeated greater foes. But for once we have move beyond the ideological and ahistorical arguments of gun-rights advocates.

If our elected leaders don’t agree, then it’s our solemn duty to defeat them at the polls. That’s how things change in America. I’m talking about a single-issue focus, friends. Nothing else matters. Enough is enough. – Jim Ludes, Executive Director