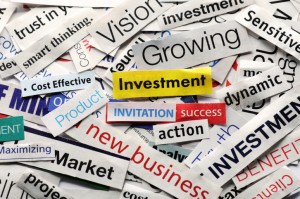 Earlier this week, a full-house audience at the Pell Center heard the perspectives of two experts – Doug Hall of the National Priorities Project and Kate Brewster of the Economic Progress Institute (Providence) – on how we make choices to shape our economy. Brewster and Hall talked about the continuing economic difficulties facing many Americans and specifically, Rhode Islanders, and agreed on a number of ideas about the current challenges and the way forward.

Regarding the causes of the problem – that is, why so many of us are still struggling despite the partial recovery – both speakers agreed that one important factor is that workers have less bargaining power than they used to, so they can’t effectively insist on better compensation, paid sick leave etc. Why do they lack bargaining power? Partly because they are no longer as likely to stick together (in unions) to speak with a single, powerful voice; partly because the high unemployment rate itself puts them in less of a position to bargain; partly because of outsourcing to other countries.

Regarding the way forward, Brewster and Hall agreed, based on a variety of studies, that it is much more effective to invest in the foundations of long-term prosperity (education system, infrastructure construction, etc.) than to give up critical state revenue, in the form of tax breaks, in the hopes of luring employers to a state. Both speakers pointed out the “race to the bottom” aspect of this approach: As states compete to attract businesses, they end up giving away more and more of their revenue.

The speakers also agreed that various measures to put more money in the pockets of average and low-income people – from a higher minimum wage to the Earned Income Tax Credit – are likely to improve the economy by allowing people to continue to spend on the basics. Both cited studies showing that these measures are both affordable – for corporations and states, respectively – and effective.

The packed Pell Center audience engaged in a lively exchange with the speakers, and walked away having heard some clear perspectives on how our choices – as voters, as a state, a country – will help determine the kind of economy we have in the future, and whether prosperity is broadly shared or restricted to a relative few.