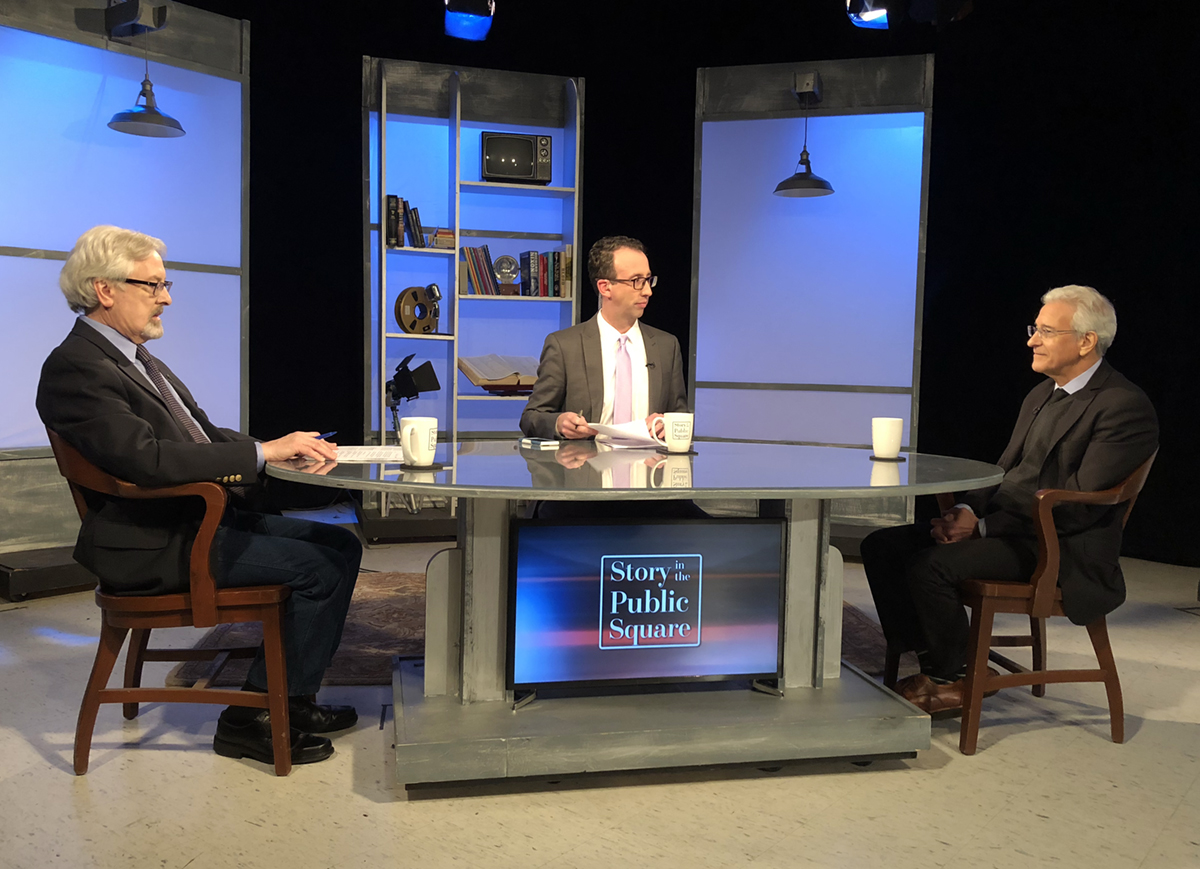 “What would I have done?”  It’s a central question in the student of history’s imagination when confronted by the horrors of the holocaust. Our guest this week, Omer Bartov, delves deep into the experience of one town in Ukraine changed forever by genocide.

Omer Bartov is the John P. Birkelund Distinguished Professor of European History and Professor of German Studies at Brown University. Born in Israel and educated at Tel Aviv University and St. Antony’s College, Oxford, Bartov’s early research concerned the Nazi indoctrination of the Wehrmacht and the crimes it committed in World War II, analyzed in his books, The Eastern Front, 1941-1945, and Hitler’s Army. He then turned to the links between total war and genocide, discussed in his books Murder in Our Midst, Mirrors of Destruction, and Germany’s War and the Holocaust.

Bartov’s interest in representation also led to his study, The “Jew” in Cinema, which examines the recycling of anti-Semitic stereotypes in film. His last monograph, Erased, investigates interethnic relations in the borderlands of Eastern Europe. As a framework for this research, he led a multi-year collaborative project at the Watson Institute, culminating in the co-edited volume, Shatterzone of Empires. Bartov’s new book, Anatomy of a Genocide: The Life and Death of a Town Called Buczacz, published by Simon and Schuster on January 23, 2018.

“We tend to think of the holocaust as different from anything we have ever experienced. But really it was this neighborhood type of violence, communal violence, within the towns themselves” – Omer Bartov

In, Anatomy of a Genocide, Omer Bartov explains that ethnic cleansing doesn’t occur as is so often portrayed in popular history, with the quick ascent of a vitriolic political leader and the unleashing of military might. It begins in seeming peace, slowly and often unnoticed, the culmination of pent-up slights and grudges and indignities. The perpetrators aren’t just sociopathic soldiers. They are neighbors and friends and family. They are human beings, proud and angry and scared. They are also middle-aged men who come from elsewhere, often with their wives and children and parents, and settle into a life of bourgeois comfort peppered with bouts of mass murder: an island of normality floating on an ocean of blood.