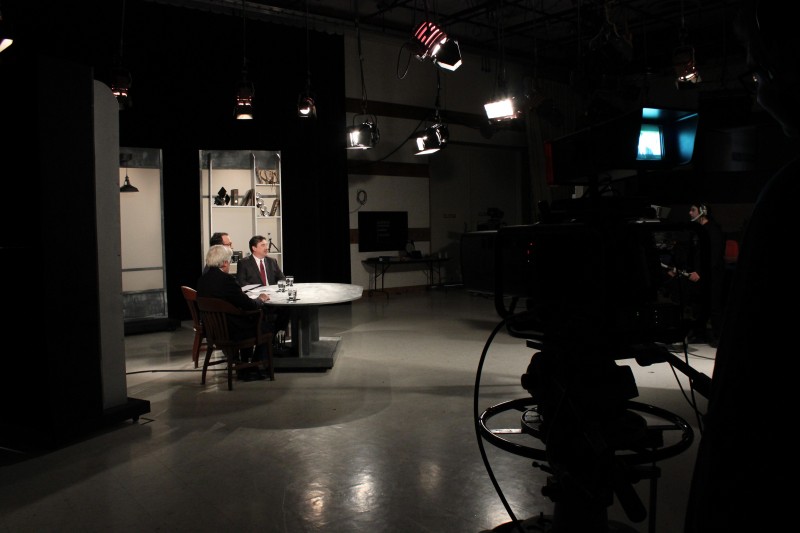 Hosted by Pell Center Executive Director Jim Ludes and G. Wayne Miller, visiting fellow and director of the Story in the Public Square initiative, the new episodes will feature interviews with today’s best print, screen, music, and other storytellers about their creative processes and how their stories impact public understanding and policy.

“The power of storytelling to shape public life in the United States has never been more obvious,” said Ludes. “We look forward to exploring those issues with audiences, shining light into some dark spaces, and hopefully having some fun along the way.”

“The heart of this show will always be its guests,” said Miller, a staff writer at The Providence Journal, “and each week we’ll bring incredibly talented individuals and their stories to our audiences.”

Rhode Island PBS is the state’s most accessible learning resource. Committed to the principle of life-long learning and in response to the identified needs and interests of viewers, the mission of Rhode Island PBS is to enhance the quality of life of the residents in its viewing area by delivering programs and services that educate, inform, enrich, inspire and entertain viewers of all ages in Rhode Island, southeastern Massachusetts, and eastern Connecticut.

First published in 1829, The Providence Journal is the oldest continuously published daily newspaper in the United States.

For more information about Story in the Public Square, please visit http://pellcenter.org/story-in-the-public-square/.