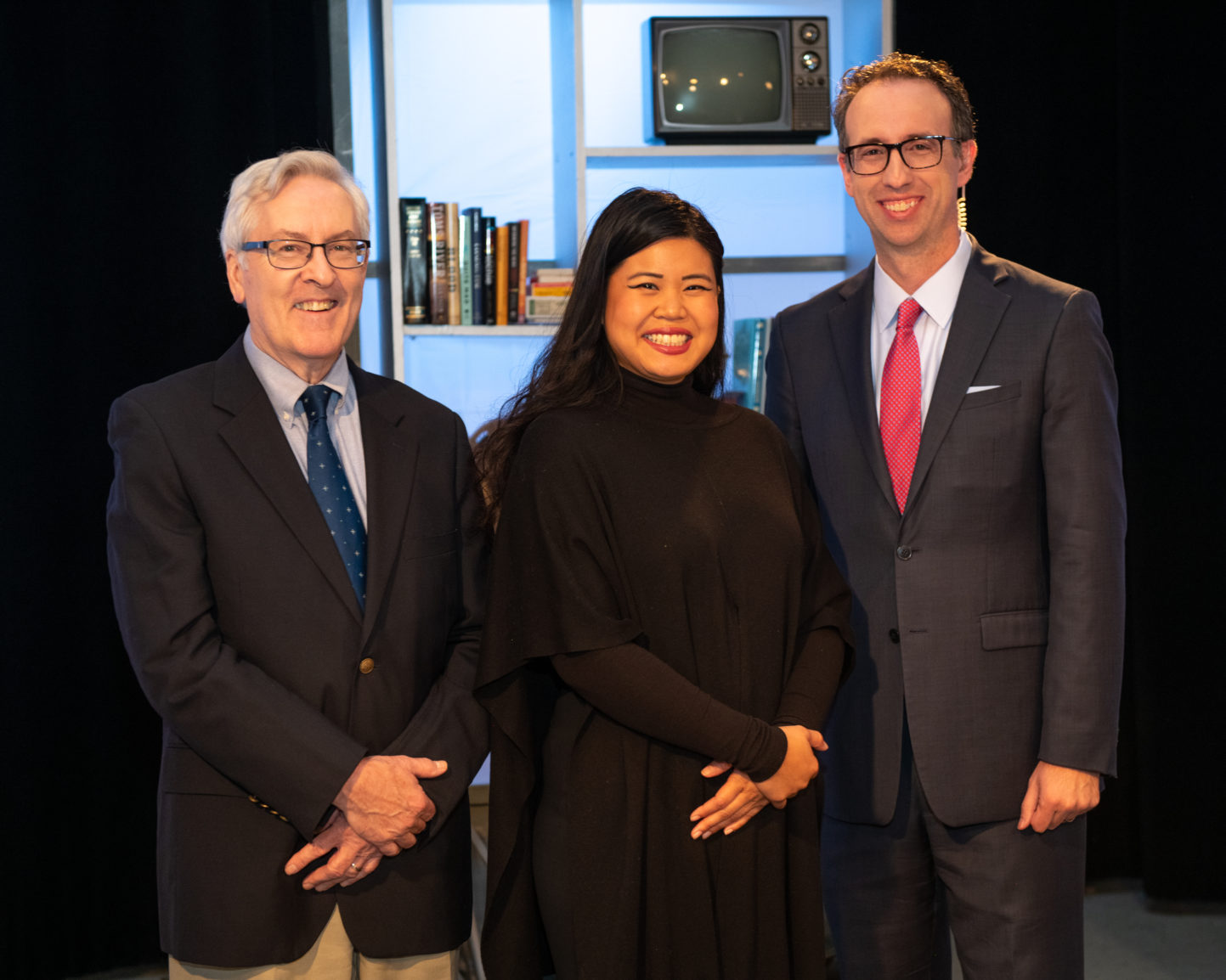 If you are a regular viewer of “Story in the Public Square,” you know we define “story” and “story-teller” very broadly.  Educators, artists, scholars—and more—all qualify in our eyes; but occasionally, we meet a talent that weaves all three skills together with a profound humanity that commends their work to us, as they inspire and even heal others.  Patricia Nguyen is just such a person.

Nguyen is an Asian-American artist, educator, and scholar who was born and raised in Chicago, Illinois.  She is currently a Visiting Assistant Professor in Asian American Studies at Northwestern University, where she received her Ph.D. in Performance Studies.  She is also a Paul and Daisy Soros Fellow for New Americans and has over 15 years of experience working in arts education, community development, and human rights in the United States and Vietnam.  Her research and performance work examines critical refugee studies, political economy, forced migration, oral history, inherited trauma, torture, and nation building in the United States and Vietnam. She has published work in Women Studies Quarterly, Harvard Kennedy School’s Asian American Policy Review, and The Methuen Drama Anthology of Modern Asian Plays.

Growing up, Nguyen listened to stories of her parent’s life before and after the war in Vietnam, where they ultimately escaped to Malaysia and Indonesia and resettled in the United States in the 1980s.  She says, “I had these stories that I had the burden of telling” and describes the creative arts, and poetry in particular, as an outlet for processing those stories of war and life as a refugee.