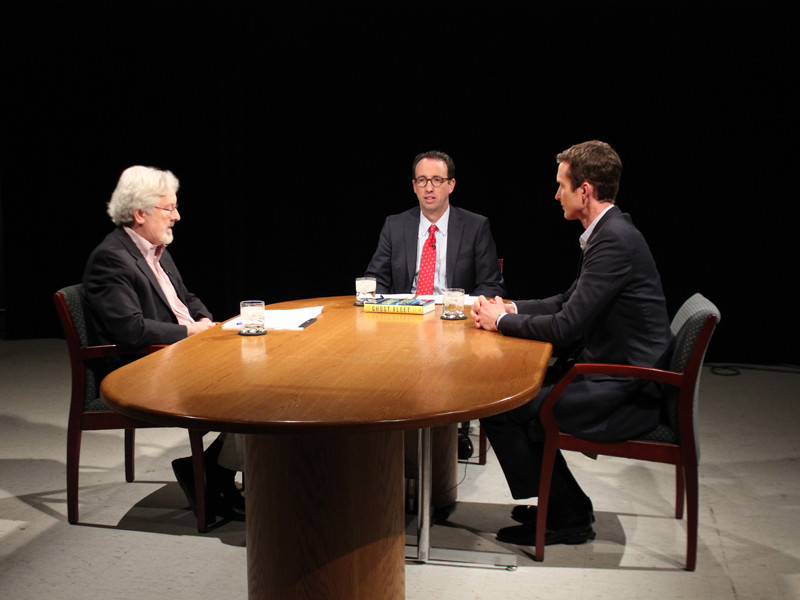 “Story in the Public Square” will debut on this week’s edition of White House Chronicle. Locally, the broadcast will be aired on Sunday, March 6, 2016 at 11:30 a.m. on Rhode Island PBS (WSBE).

The Pell Center’s Jim Ludes and G. Wayne Miller welcome August Cole as the first guest of this special edition of White House Chronicle. Cole is the co-author of Ghost Fleet, a novel of the next world war, a former journalist with the Wall Street Journal, and most recently a senior fellow at the Atlantic Council, working to mine narrative fiction for insights about the future of war. He is also Writer-in-Residence at Avascent, an independent strategy and management-consulting firm focused on the defense and aerospace sectors.

For more information on White House Chronicle and to find your station, visit whchronicle.com.