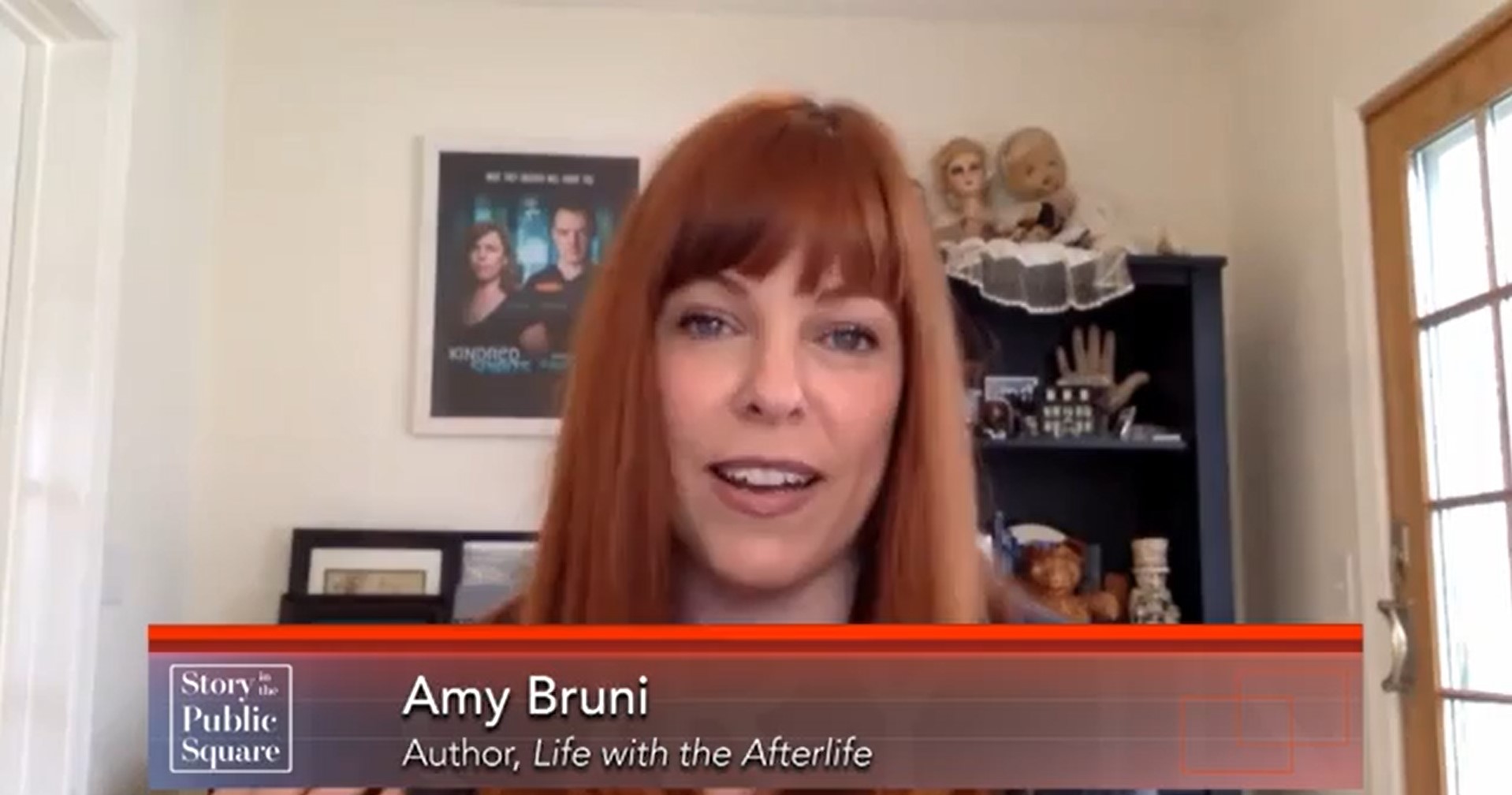 Everyone has a ghost story—a personal family experience, something that happened to a friend, an uncle, or even ourselves.  Amy Bruni tells us that sometimes these stories are comforting and sometimes they are not, but there is a lot we can learn from them.

Bruni is a paranormal investigator and co-star of the Travel Channel’s hit show, “Kindred Spirits,” and previously appeared on “Ghost Hunters.”  She is the author of “Life with the Afterlife: 13 Truths I learned about Ghosts,” which has received critical acclaim, including from The New York Times.  In her book, Bruni shares insights from her years of experience with the spirits of the dead, those who encounter them, and the thirteen truths that guide her approach to the supernatural.  From both her experiences with those who are haunted, and the spirits not yet departed, Bruni emphasizes connects us as people, in life and beyond.  She is also the founder of Strange Escapes, a paranormal excursion company that guides guests around some of America’s most notoriously haunted destinations.