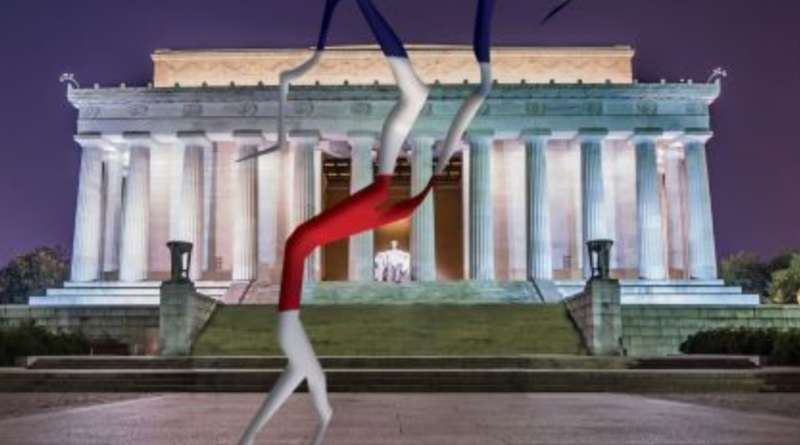 NEWPORT, RI—Polarization, as it refers to the state of U.S. politics, has become a common part of our lexicon. We hear it from politicians, from pundits, and from those in our social circles. The danger of its over-use is a tendency to view U.S. polarization as fact, leaving little room for progress or collaboration. Pell Center Associate Director and Fellow Katie Langford released her new report, “Unpacking Polarization,” from the Pell Center at Salve Regina University Tuesday. In it, she reviews recent political science research to discern what polarization means in the U.S. today.

Langford writes the political “elites,” or those in positions of political power, have polarized ideologically, while the degree of polarization is murkier for citizens. There is a general lack of evidence for ideological polarization amongst the electorate; people from across the political aisle tend to agree on policy issues more than many may assume. 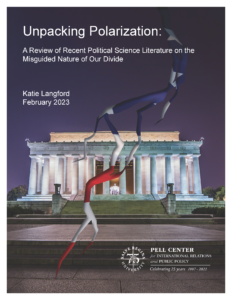 Langford said citizens have become affectively polarized over the last three to four decades, however. Affective polarization refers to an entrenched dislike and distrust of those from the opposing party without major shifts in ideological stances. People view those on the other side of the political spectrum as threats to American democracy but have not necessarily become more extreme in their beliefs. She added that reductions in affective polarization do not correlate with reductions in party loyalty or support for illiberal behavior, as originally hypothesized by scholars.

The report also reviews other complicating factors which may lead to support for illiberal behavior, including the malleability of ideological beliefs, the power of partisan-motivated reasoning, and the sway of political “elites” over the public.

“This report, I hope, can help people better understand the subconscious factors which affect our political position-taking and serve as a prompt for reflection,” said Langford. “While reductions in affective polarization may not generally impact party loyalty, efforts to break free of it are still worthwhile,” she continued. “Diminished affective polarization leads to less reliance on stereotypes and more reliance on empathy, which can impact how we attempt to understand and interact with those who hold opposing political views.”

The full report is available to read here.

Katie Langford is the Associate Director of the Pell Center at Salve Regina University and directs the Center’s research agenda, contributing her own scholarship while supporting the work of Pell Center fellows.  She also directs the Nuala Pell Leadership Program at the Pell Center which exposes a select number of diverse, high-achieving undergraduate students to both the theory and practice of leadership with an emphasis on public service.  Langford joined the Pell Center in 2022 at the beginning of its 25th anniversary year.