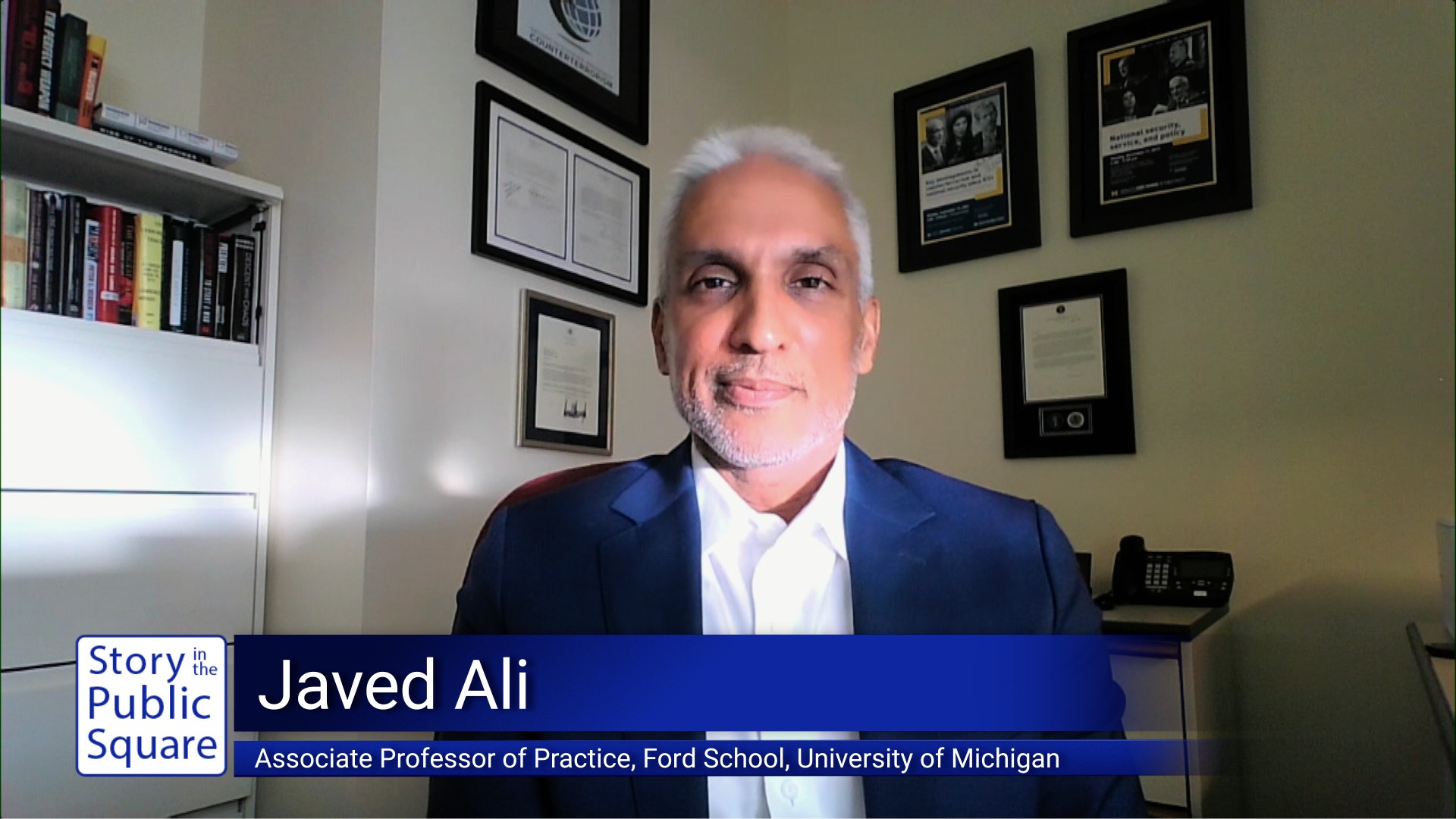 For most of the last 20 years, the conversation about American national security has been focused on the threats posed by extremists.  With the death of al Qaeda Leader Ayman al Zawahiri, Russia’s war in Ukraine, and rising tensions with China, Javed Ali argues that conversation has swung back to great-power competition.

Ali is an associate professor of practice at the Gerald R. Ford School of Public Policy at the University of Michigan.  He spent 20 years of working with national security and intelligence issues in Washington, D.C. at the Defense Intelligence Agency and the Department of Homeland Security before joining the Federal Bureau of Investigation.  While at the FBI, he also held senior roles on joint duty assignments at the National Intelligence Council and the National Counterterrorism Center, and the National Security Council under the Trump Administration.  Ali holds a JD from the University of Detroit School of Law, and an MA in international relations from American University.  He writes and provides commentary across a number of media sites and platforms, including MSNBC, CBS, CNN, ABC, The New York Times, The Washington Post, The Hill, and Newsweek.

On this episode of “Story in the Public Square” that airs 21 years after the 9/11 terrorist attacks, Ali takes a look at the priority counter-terrorism efforts given in the United States in the decade following 9/11 and where counterterrorism and domestic terrorism threats fall in our national security priorities today.