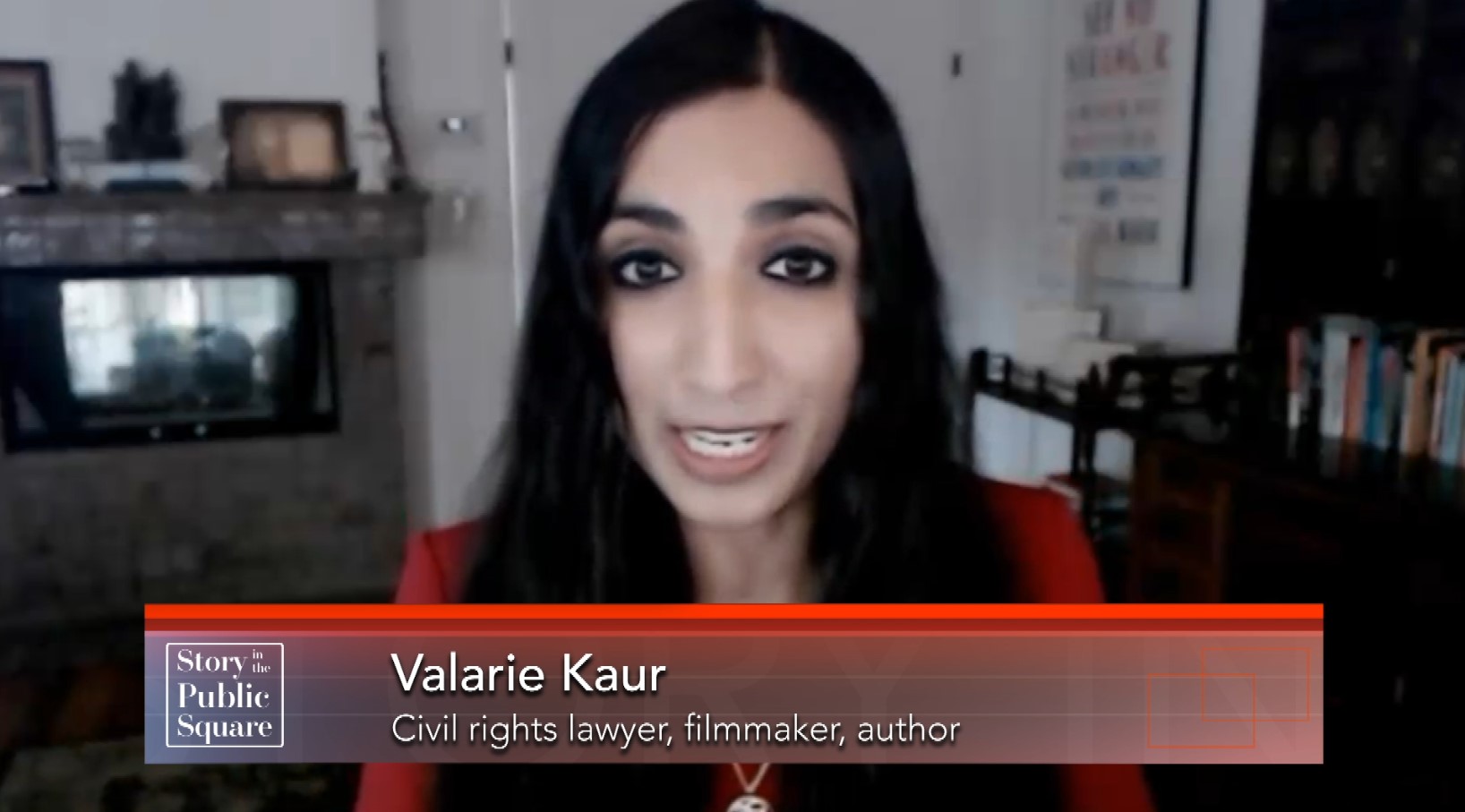 Love is the stuff of poetry, and heartache, and hope, and songs.  Valarie Kaur says love can be revolutionary and is needed as a public ethic to confront hate, and nationalism, and the violence born from ignorance.

Valarie Kaur is a renowned civil rights leader, lawyer, best-selling author, award-winning filmmaker, educator, innovator, and celebrated prophetic voice.  She leads the Revolutionary Love Project with a mission to reclaim love as a force for justice.  In the wake of the 2016 election, Kaur’s “Watch Night Service” address went viral with 40 million views worldwide.  Her question, “is this the darkness of the tomb or the darkness of the womb?” reframed the political moment and became a mantra for people fighting for change.  Her debut book, “See No Stranger: A Memoir & Manifesto of Revolutionary Love,” was released in 2020 and expands on her popular TED Talk.  In the last twenty years, Kaur has won policy change on multiple fronts–hate crimes, racial profiling, immigration detention, solitary confinement, internet freedom, and more.  She founded Groundswell Movement, Faithful Internet, and the Yale Visual Law Project to inspire and equip advocates at the intersection of spirituality, storytelling, and justice.  Kaur is a regular commentator on MSNBC and contributor to CNN, NPR, PBS, the Hill, Huffington Post, and the Washington Post.  A daughter of Sikh farmers in California’s heartland, she earned degrees at Stanford University, Harvard Divinity School, and Yale Law School.

On this episode of “Story in the Public Square,” Kaur discusses harnessing the power of love to create powerful change in response to the daunting social issues of recent years.  She says, “we know that sound government is necessary, but it’s not sufficient to transition this country into a multiracial democracy. We need a shift in culture and consciousness.  We need a revolution of the heart.  A new way of seeing and being that leaves no one behind.  A kind of love without limit—what I call revolutionary love.”  Kaur’s Revolutionary Love Project aims to better equip individuals with practical tools to reclaim love as a force for justice.