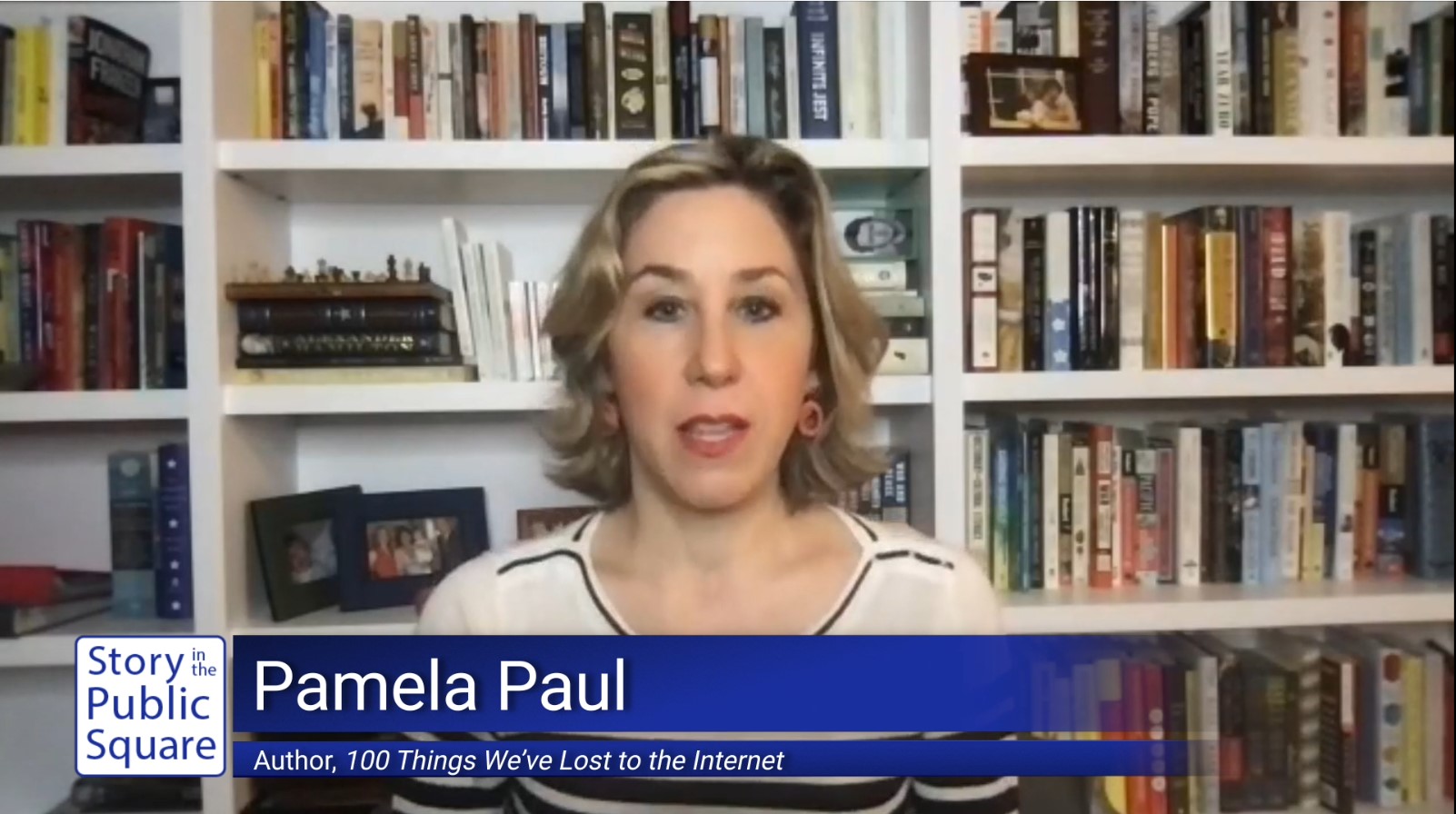 It’s not much of an exaggeration to say the internet changed all of us and everything around us.  Just look at the way we communicate, earn money, date, entertain, and inform ourselves.  Pamela Paul chronicles the things we’ve lost in the process—the charm that comes with some uncertainty and the romance of the time before the internet.

Paul is the editor of The New York Times Book Review and oversees all book coverage at The New York Times, which she joined in 2011 as the children’s books editor.  She is also the host of the weekly “Book Review” podcast for The Times.  She is the author and editor of “How to Raise a Reader” with coauthor Maria Russo, “My Life with Bob: Flawed Heroine Keeps Book of Books,” “Plot Ensues,” “The Starter Marriage and the Future of Matrimony,” “Pornified,” “Parenting, Inc.,” “By the Book: Writers on Literature and the Literary Life,” and “Rectangle Time,” her picture book for children.  Her work has appeared in The New York Times, The New York Times Magazine, The Washington Post, The Atlantic and Vogue.  She is a former contributor to Time and former correspondent for The Economist and has been a columnist for the Styles section of The Times, Worth magazine and The Economist.  Her latest book, “100 Things We’ve Lost to the Internet,” was published in October 2021.

On this episode of “Story in the Public Square,” Paul looks back at the way we used to live before the internet, examining the countless ways it has permeated our daily lives and its impact on everything from our democracy, our privacy and the way we think about our future.