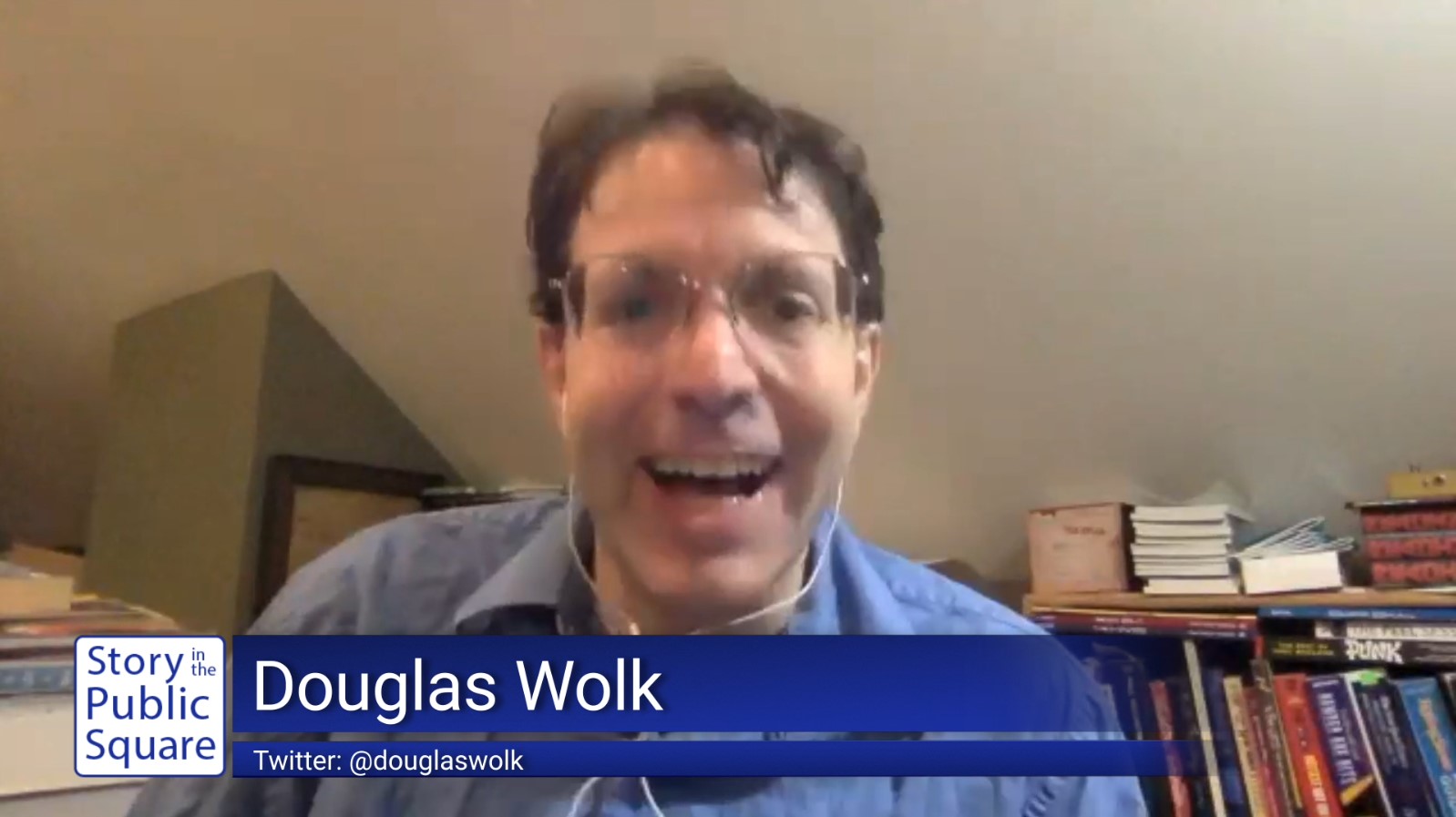 Some of the most popular and profitable stories today are based on characters created and developed by authors and artists at Marvel Comics.  Douglas Wolk has read all 27,000 issues to unpack the hopes, anxieties, and cultural aspirations in their half-million pages.

Douglas Wolk is a pop culture critic, teacher and writer, and the author of “All of the Marvels,” “Reading Comics” and “33 1/3: Live at the Apollo.”  He’s written about comics and music for magazines, newspapers and websites including Time, The New York Times, Rolling Stone, The Washington Post, The Believer, Entertainment Weekly, The Los Angeles Times, The Village Voice, Slate and Pitchfork.  Wolk has been a National Arts Journalism Fellow at Columbia University and a Fellow in the USC Annenberg/Getty Arts Journalism Program.  His other projects have included the comic book “Judge Dredd: Mega-City Two” and the record label “Dark Beloved Cloud.”  Wolk has lectured and moderated panels at Comic-Con International, the Experience Music Project Pop Conference, the Center for Cartoon Studies, New York Comic-Con, Rose City Comic Con, Emerald City Comic Con, WonderCon, and elsewhere.  He has appeared in the documentaries “Marvel’s Behind the Mask,” “Cartoon College,” “Ink: Alter Egos Exposed” and “Jandek on Corwood.”  He’s been honored with the Will Eisner Award for Best Comics-Related Book, the Harvey Award for Best Biographical, Historical or Journalistic Presentation, and the Krill Tro Thargo for Service to Thrill-Power.  Currently, he teaches at Portland State University and hosts the podcast “Voice of Latveria.”  His latest book, “All of the Marvels: A Journey to the Ends of the Biggest Story Ever Told,” was published in October 2021, receiving critical acclaim.

On this episode of “Story in the Public Square,” Wolk describes comics as sophisticated modes of storytelling.  As he read the Marvel Comics, he began to “[realize] that it was visual, and it was verbal and it was an artist’s work.  It was the world interpreted through somebody’s eye in hand, and that was really, really special, and that stuck with me”