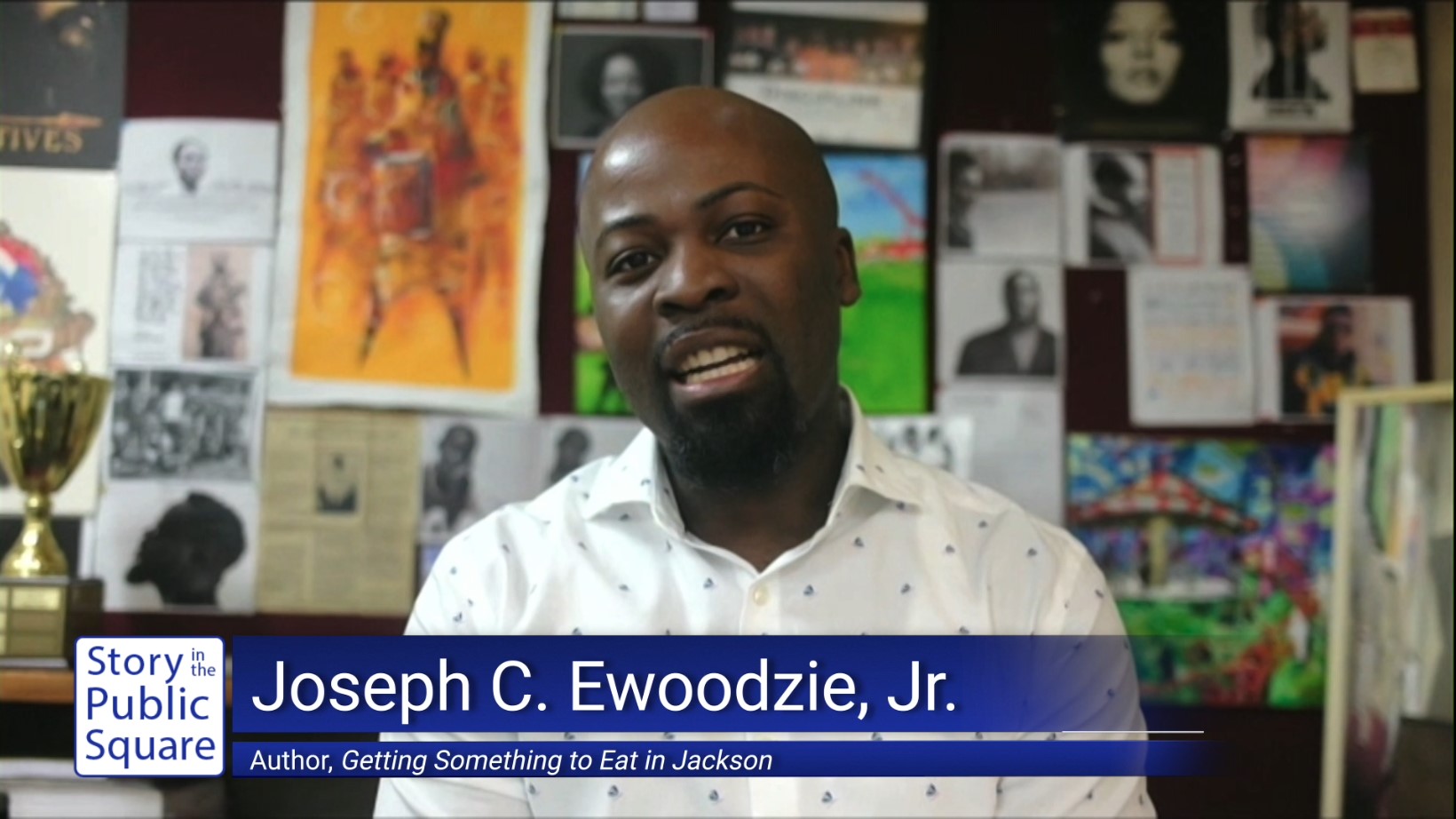 Food is central to the daily existence of Americans, whether we are growing it, shopping for it, preparing it, or consuming it.  Dr. Joseph C. Ewoodzie, Jr. argues that, for many, food intersects with race and class to help form our identity as individuals.

Ewoodzie is an associate professor of sociology and the Vann Professor of Racial Justice at Davidson College.  He uses qualitative research to examine how marginalized populations in urban areas make sense of inequalities in their everyday lives and ethnographic methods to investigate how those same populations interpret their social selves and the boundaries that both constrain and enable them.  Ewoodzie has used both music and food as a lens to understand the cultural dynamics of African American life in urban settings.  His most recent book, “Getting Something to Eat in Jackson: Race, Class, and Food in the American South,” paints a vivid portrait of African American life in the urban south, using food to explore the complex interactions of race and class.  His first book, “Break Beats in the Bronx: Revisiting Hip Hop’s Early Years,” combines historical and sociological methods to examine symbolic boundaries and tell the creation story of hip hop.  Ewoodzie was awarded the 2021 C. Wright Mills Award for “Getting Something to Eat in Jackson,” a distinction awarded annually by the Society for the Study of Social Problems for the book that “best exemplifies outstanding social science research and a great understanding of the individual and society.”

On this episode of “Story in the Public Square,” Ewoodzie describes the time he spent in Jackson, Miss. writing his book, “Getting Something to Eat in Jackson,” and what he learned from the people who experience the most hardship, how they cope and how it informs their view of themselves.