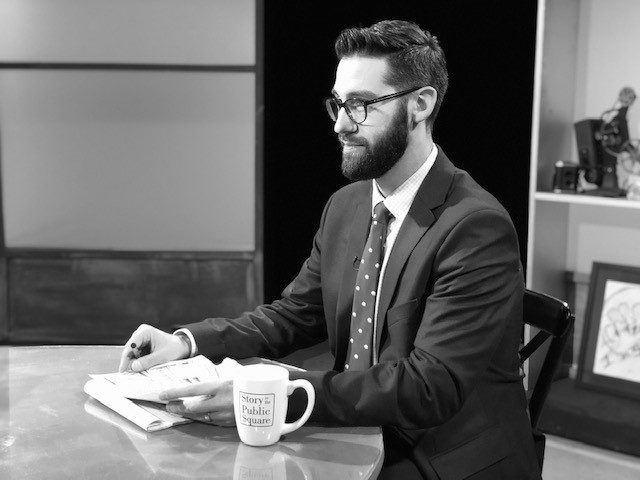 Editorial cartoonists occupy the space between writing and drawing—capturing truth and big ideas with seemingly simple illustration and an economy of words.  Pulitzer Prize-winning editorial cartoonist Adam Zyglis uses evocative images to connect with readers while conveying layers of meaning in a few words.

Zyglis has produced cartoons for The Buffalo News since 2004. His cartoons are internationally syndicated and have appeared in many publications around the world, including The Washington Post, USA Today, The New York Times and Los Angeles Times.  In 2013, he won the Clifford K. and James T. Berryman Award, given by the National Press Foundation. In 2007, 2011 and 2015 he won a National Headliner Award, sponsored by the Atlantic City Press Club. Additionally, in 2015 Zyglis was awarded the Grambs Aronson Cartooning with a Conscience award and the Pulitzer Prize.

Zyglis described his liberal arts education, with a major in mathematics and computer science as “training, in a way, for cartooning,” He describes a good cartoon as one where “everything in [it] has a purpose” and layers of meaning, delivering messages using symbols and visual metaphors.

Some of his award-winning work can be found at this link.